The Mi Box S supports streaming in 4K HDR and comes with an audio out port, two features that the new Google Chromecast misses out on. 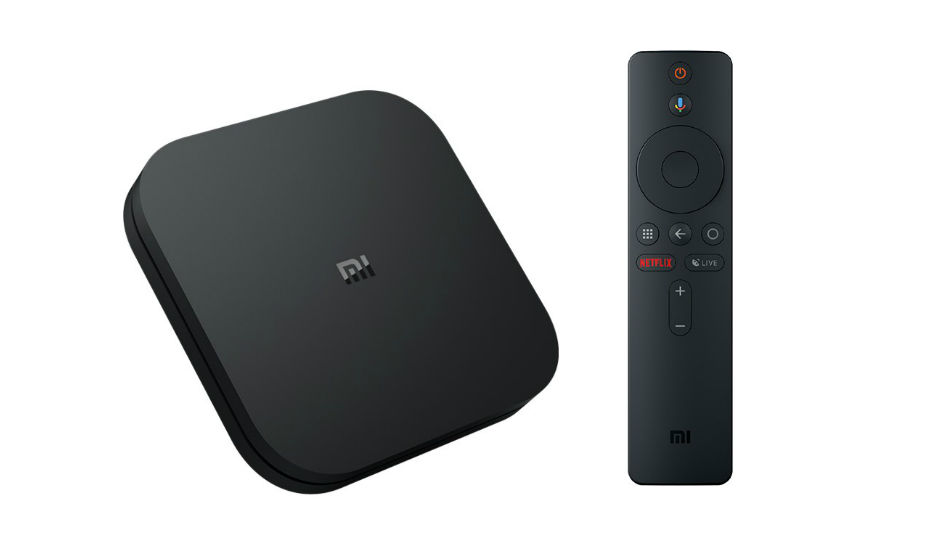 Xiaomi has announced a new Mi Box S streaming media player in the US, soon after Google announced its new Chromecast. The new streaming box by Xiaomi offers almost all the same features as the new Chromecast but unlike the latter, it comes with an audio out port and supports 4K HDR video streaming. The Mi Box S is capable of streaming content in 4K and it also comes bundled with a voice remote for easier navigation. As it’s powered by Android 8.1 Oreo-based Android TV, it comes integrated with the Google Assistant and also features Chromecast support. In the US, it is being sold via Walmart.com at $59.99 (Rs 4,500 approx) and will be shipped starting November 4 in the country. In comparison the new 1080p non-4K Chromecast is priced also priced at $59.

Coming to the technical specifications, the Xiaomi Mi Box S is powered by a 64-bit quad-core Cortex A53 CPU and a Mali-450 GPU. It features 2GB RAM, coupled with 8GB of eMMC storage and alongside HDR support, it can play videos of up to 4096 x 2160p resolution at 60fps. Connectivity options on the device include a dual-band Wi-Fi 802.11ac, and the Bluetooth v4.2, one USB 2.0 port, one HDMI 2.0a, a power interface and as mentioned earlier, an audio out. It supports almost all major audio and video formats like H.265, H.264, VP9, Dolby, DTS, Mp4, JPG, GIF, PNG, TIF, and many more. Further, the remote for the Mi Box S supports voice search via Google Assistant and also features a dedicated Netflix button.

The Mi Box S goes up against the new Chromecast and last year's Chromecast Ultra. The new Chromecast was launched alongside the new Pixel 3 and the Pixel 3 XL smartphones. Google says is 15 percent faster than its predecessor and can now play 1080p videos at 60 fps. The new Google Chromecast comes in two colours—Chalk and Charcoal and is also priced at $59 (Rs 4,500 approx). It should be noted that the new Chromecast does not support video streaming at 4K resolution and one will have to purchase the Chromecast Ultra, which supports UHD streaming. The Google Chromecast 3 is now available from the Google Store in Australia, Canada, Denmark, Finland, Great Britain, Japan, Netherlands, New Zealand, Norway, Singapore, Sweden, and the US. It will be launched in other countries later, in 2019, and this is when it is expected to be made available in India as well.