The headset is equipped with Sony’s Clear Phase audio technology which is said to adjust the device’s volume based on the ambient noise. It is rated IPX2 splashproof and can deliver up to four hours of audio playback in a single charge. 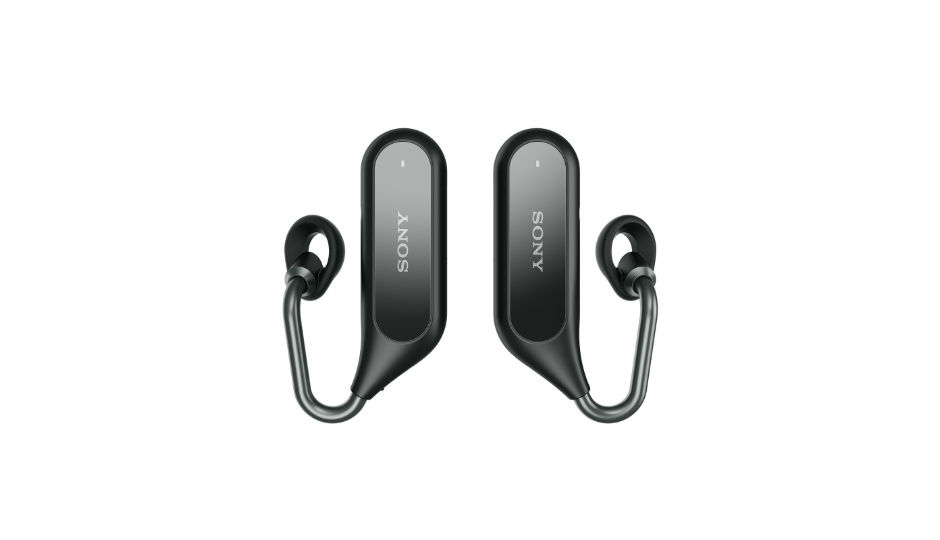 Sony has showcased its Xperia Ear Duo wireless headset at the ongoing Mobile World Congress 2018. The device comes with a “Dual Listening” feature which allows users to hear audio and environmental sounds simultaneously and there is also a “Daily Assist” feature which recognises location and activities to offer relevant information throughout the day. The device will be available in select markets from next month in Black and Gold colour variants. The company is yet to announce the price of the headset.

The Xperia Ear Duo’s s Dual Listening technology works by leveraging the 'Spatial Acoustic Conductor' housed inside the headset, which was built in-house by Sony. The company says that that the conductor allows the sound generated by the driver to be directly transmitted into the ear as the specially designed ring supporter surrounds the ear canal. The headset is also equipped with Sony’s 'Clear Phase' audio technology, which the company says automatically adjusts the headset’s volume depending upon surroundings and background noise.

The headset is equipped with a power-sparing CXD5602 processor and a multi-sensor platform which enables working of the Daily Assist feature. As mentioned earlier, the feature recognises and alerts user of the time, location, and activities to offer information like reminding the user what time the next meeting is when they reach the office or read the latest news headlines.

The wireless headsets also support head gesture, which can be used to answer or reject incoming calls by shaking or nodding your head. It also allows to change music tracks by shaking your head left and right and the volume can be controlled by simply tapping and scrolling on the device. The device comes with voice control option, allowing users to access Siri or Google Assistant and is equipped with a quad mic beam-forming feature that can filter out external noise for recognising the user’s voice.

The Xperia Ear Duo wireless headset is made using stainless steel and soft rubber, and is IPX2 splash resistant as well. Its open-ring supporter will be available in three varying sizes. The device boasts of up to four hours of audio playback on a single charge and comes with a case which can also charge the device three more times. Sony says that the case supports fast charging to offer one hour of audio playback with seven minutes of charging.