Opera says that by removing advertisements, the new version of Opera Mini now loads 40% faster, while saving 14% of the user’s data 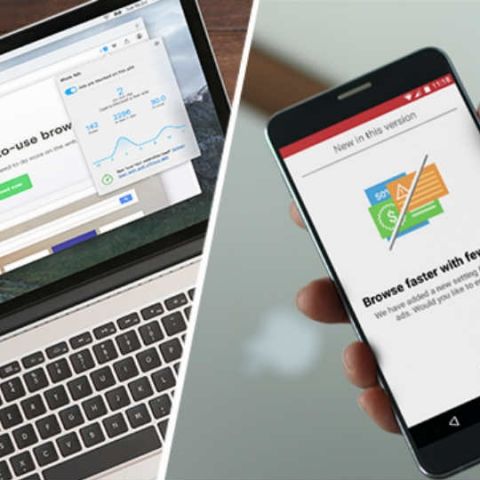 Opera has announced that it is integrating an ad blocker into its browsers for desktops and Android devices. The company claims that by removing advertisements, the new version of Opera Mini loads 40% faster. In addition, Opera says that blocking advertisements will help users save 14% of their data. Lars Boilesen, CEO of Opera stated, “Opera is the first browser company to offer an native ad blocker across devices. We do this because we want to provide people with the fastest browsers in the market. Our speed test shows that online ads slow down the browsing experience. Now, with Opera, you can browse a lot faster than, for example, in Chrome.”

To activate native ad blocking in Opera Mini, users will have to open the ‘O’ menu in the app and then tap ‘data-savings summary’. From there, users can toggle the ‘block ads’ option. Desktop users can activate the feature by going into settings. The dialog box on the desktop browser also shows statistics on how many advertisements are blocked on the current page as well as the total number of advertisements that have been blocked.

Besides the introduction of the native ad blocker, Opera also added a number of other features to their browser. Opera Mini for Android now allows users to add websites to their home screen. It also features a redesigned Discover news feed. Opera for the desktop now has a video pop out feature, that let the user shift the frame of the video to the side of the screen.