Google Tez accounted for 70 per cent UPI transactions in November, bill payments added to the platform

Users can soon pay their utility bills through the Google Tez app. 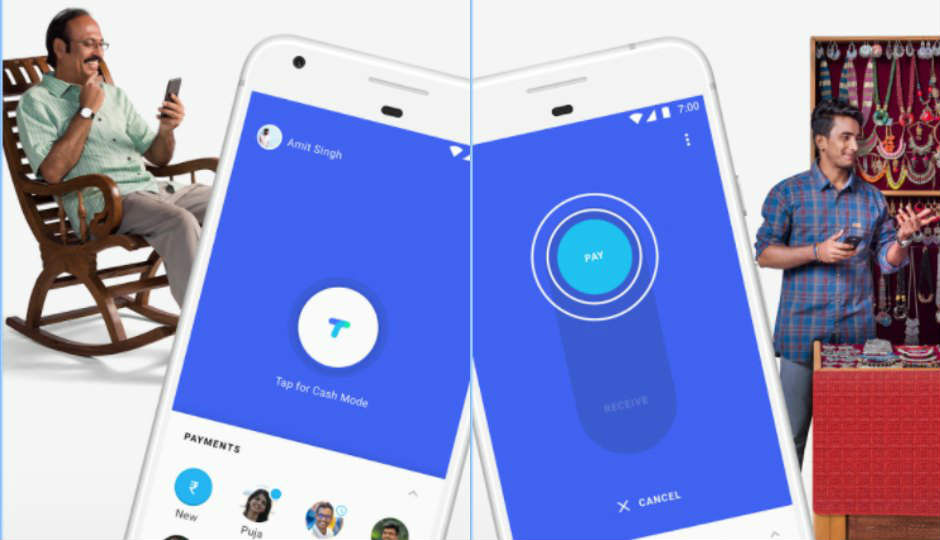 Google Tez accounted for 70 per cent UPI transactions in November, bill payments added to the platform

Google Tez, the UPI based payments app from Google, has added a new option to pay utility bills through its platform. Google announced the new feature for Tez at the Google For India event, held in New Delhi today.

Bill payments on the Google Tez app will allow users to pay landline bills, postpaid mobile bills, electric gas bills, DTH and more. Google has tied up with more than 70 billing partners for the same.

Not only will Google Tez allow bill payments, it will also remind users when a bill is due, so as to avoid duplicate payments. The app will also keep updating the payment status of bills automatically.

During the announcement of the new feature, Google also highlighted that the Tez app now has 12 million users in India. Caesar Sengupta, Vice President of Google’s Next Billion Users announced that 70 per cent of UPI transactions in the month of November were completed through Tez, marking an important achievement for an app which is just a few months old.

Further, Google announced that the Tez app has carried out over 140 million transactions since launch. The app was announced in India on September 18 and the company revealed that more than 5.25 lakh merchants are already using the app.

Alongside bill payments, Google also introduced what it calls ‘Spark animations’ on the Tez app. Spark is just a fun way of tagging an animation along with money transfers, much like Paytm’s lifafa feature.

Bill payments on the Google Tez app will be rolling out gradually starting next month.

Google also announced the Android Oreo (Go Edition) and its digital assistant for the JioPhone. The former is a light-weight Android version designed for smartphones with RAM between 512MB to 1GB, which will allow for a smoother overall Android experience. The JioPhone is now the first feature phone to feature the Google Assistant. The smart assistant will also recognise Hindi voice commands and will replace the Jio Voice app on the handset. You can read more about the Android Oreo (Go Edition) here and about the Google Assistant on JioPhone here.