Google has updated the Neighbourly app.

“These features will make it even easier to share with and learn from your neighbours. You can also show off how well you know your neighbourhood by solving a Neighbourhood Challenge -- puzzles that will appear from time-to-time in the app. Your neighbours will then vote on your contribution,” Google wrote in a press release. 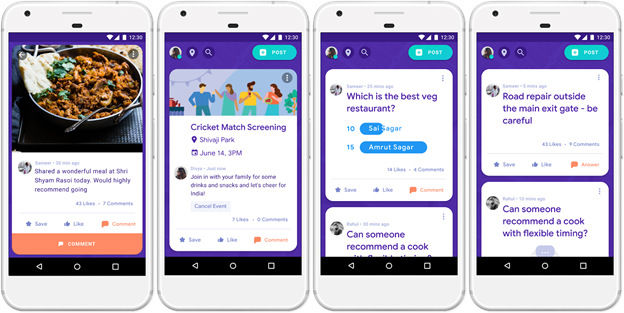 The Neighbourly app was launched in India last year in May. At launch, it was available only in Mumbai. Since then, Google has expanded Neighbourly to Jaipur, Ahmedabad, Coimbatore, Mysore, Vizag, Kota, Delhi, Bengaluru, Kochi, Coimbatore, Chennai, Hyderabad, Pune, Kolkata, Chandigarh, Lucknow, Indore and other cities in the country.

The app lets users get local information, be it safety of a particular area or the best food in a particular restaurant. Users can also be a part of multiple neighbourhoods in case they live and work away from home.

Neighbourly app is available on the Google Play Store for all smartphones running Android 5.0 (Lollipop) and higher. The new features will be rolling out to the app starting today.