Google Meet's automatic framing centers you before a video call begins: Here's how it works

Follow Us
HIGHLIGHTS
Google Meet's automatic framing centers you before a video call begins: Here's how it works

Google has released a new feature that keeps users in the center of the frame during a video call. The feature was recently announced via a Google Workspace Update blog post and is already rolling out to users worldwide. The auto-framing feature will help hosts or other speakers stay within the frame during their calls.

How does the automatic framing feature work on Google Meet?

As mentioned by the company in the official blog post, “Google Meet can now automatically frame your video before joining a meeting to help ensure equal visibility for all participants.” Further, the blog post explains that automatic framing happens only once to avoid motion distractions that may divert participants’ attention from the meeting topic. If users dislike how Google frames their feed, they can reframe it manually. Digging a little deeper, a Google support page describes how exactly the feature functions.

So the Video Framing feature is off by default, but users can enable it through Settings > Video > Framing before joining a call. Upon enabling the feature, Meet frames or centers the user if they’re too far from the camera or not in the center. However, Meet does not recenter the user after a meeting has begun. They will have to do it manually by clicking on Settings > Video > Reframe. The feature is supported by Chrome version M91 or up, Chrome OS Version M91, and Edge (Chromium) 91 or up. 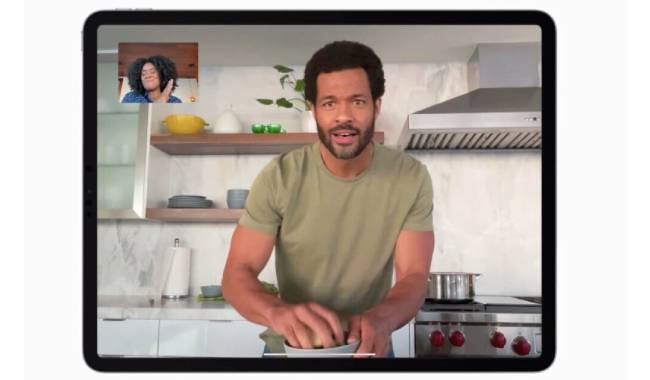 The video framing feature is available for Google Workspace Business, Education, and Enterprise plans, and Google One subscribers with a 2TB storage plan.