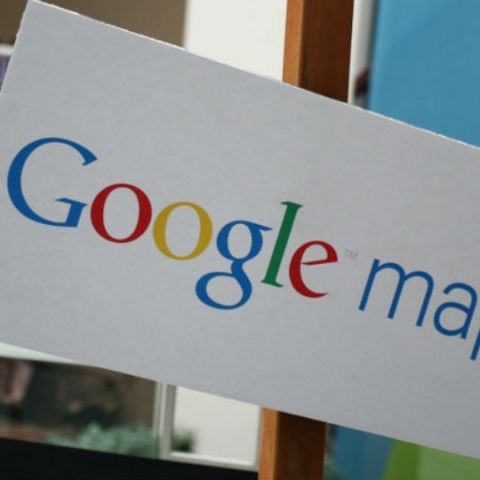 By selecting this mode of transport in Google Maps, commuters will be able to see routes for the ride as well as an estimated auto-rickshaw fare.

Google has been doing a lot to make commutation easy for Indians. Earlier this year, it was reported to launch several India-centric features, and one has just landed on the Google Maps app. Google has announced that people in Delhi will now see a new public transport mode, auto-rickshaws, in Google Maps. Apart from displaying suggested routes, the new feature will also estimate an approximate fare for the trip.

“The idea of this feature is to incorporate one of most commonly used modes of public transport in Google Maps and share transparent information about the price of the journey. Currently, for an unfamiliar journey, commuters often overpay and don't have an idea about the distance or best route. The feature will also help the users plan their journey better, so they could look at the expected cost of the auto-rickshaw ride and decide whether they want to take it all the way, or perhaps take a different mode of transport instead -- like a bus or the metro,” Vishal Dutta, Product Manager, Google Maps, said in a statement.

Google says that the feature has been rolled out since several commuters rely on auto-rickshaws for their daily commute and have to face challenges such as fare negotiation and guiding the drivers along the most optimal route. By selecting this mode of transport, commuters will be able to view suggested routes for the ride as well as the estimated auto-rickshaw fares, making it easier for people to plan their trips. 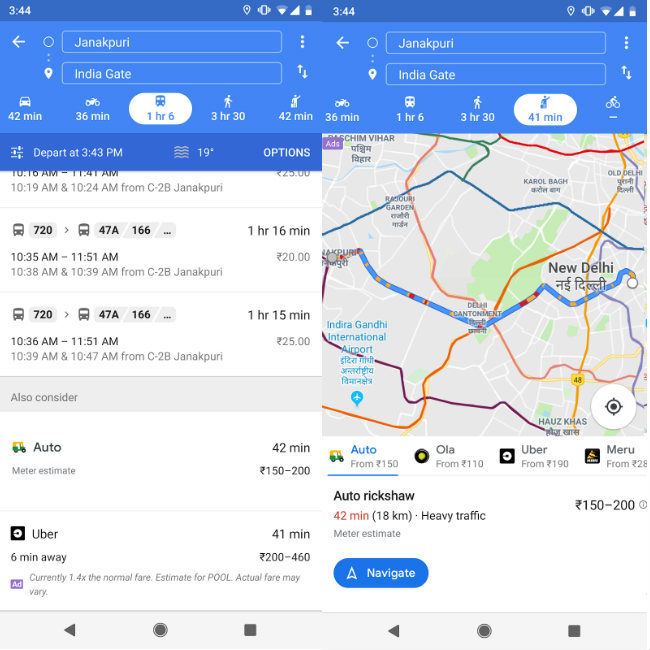 Available on Google Maps on Android, the new feature can be found within the ‘public transport and ‘cab’ modes in the app and is based on the expected trip route and the official fare model shared by the Delhi Traffic Police. To use the feature, the users of the app should first update it to the latest version (v.10.6). Then open the app, search for a destination, tap on directions and go to the public transport tab. Commuters will be able to see the autorickshaw result in the “Also Consider” section.

After choosing auto-rickshaw as the mode of transport on the screen, users will be able to see the estimated price of the journey and the route’s traffic information. Tap ‘Navigate’ to start the trip. Google says that Maps provides over a billion kilometres worth of transit results every day globally and has schedules for over 3 million public transit stops worldwide. “Google Transit is a feature of Google Maps designed to help users plan public transport trips quickly and easily,” it noted.

Recently, Google rolled out a tailor-made experience for Google Maps in the form of a ‘For You’ tab for apps for Android and the iOS. Google says that the feature is available in over 130 countries and on iOS in more than 40 countries. The For You tab is reflected in the Maps app, on the navigation bar at the bottom of the screen. The For You tab helps a user stay up to date on developments nearby by returning tailor-made suggestions for the users on the basis of their tastes and preferences.