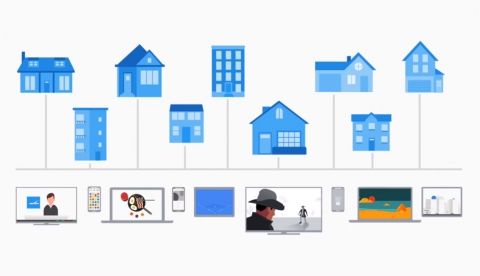 Everyone slammed Facebook for having an app that was used exclusively for data collection and Apple banned the app from its App Store. Soon after, TechCrunch reported that Google too has a similar app that violates Apple App Store’s policies and collects bundles of data on users and the company has now disabled the app. Called Screenwise Meter, the Google app functioned by crediting gift cards to users who opted in the company’s Opinion Rewards program, in exchange for keeping track of a user's web traffic and data by installing a VPN app. Similar to the Facebook Research app, the VPN app installed by it used an Enterprise Certificate, which indicates that an app is meant for use within a company and not for the public. The app is still up on the Google App Store.

Google has issued a statement to the press saying, “The Screenwise Meter iOS app should not have operated under Apple’s developer enterprise program — this was a mistake, and we apologize. We have disabled this app on iOS devices. This app is completely voluntary and always has been. We’ve been upfront with users about the way we use their data in this app, we have no access to encrypted data in apps and on devices, and users can opt out of the program at any time.”

As per the report, while the Screenwise Meter app was meant for users aged 18 and above, users as old as 13 years of age can be added as secondary panellists if they were included in the same family group. Google had rebranded the app as part of the Cross Media Panel and Google Opinion Rewards programs to reward users for installing the activity tracing services on their phones, PC web browser, router, and TV.

The Facebook Research App was reportedly offering up to $20 per month to users to download a VPN app. The company is said to have been secretly paying users to install a “Facebook Research” VPN app that enables it to access to their web activity and data. The report claimed that Facebook sidestepped the App Store and “rewarded” teenagers and adults to download the Research app. Reportedly, Facebook admitted that it was running the Research programme to gather data on usage habits and later, Apple banned the app.