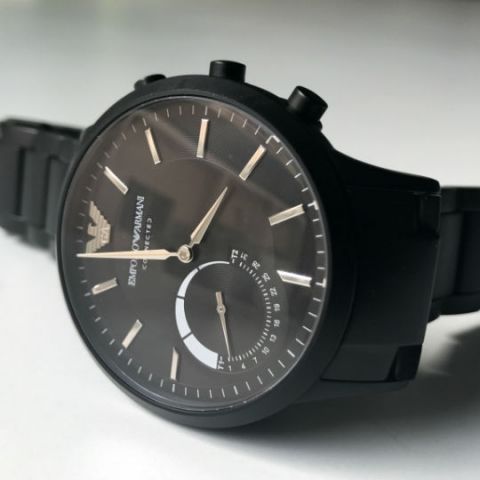 Watch enthusiasts would argue that a smartwatch doesn’t hold a candle to a traditional chronograph. But, what about a traditional chronograph with smart features? To many, a watch primarily remains a fashion accessory, and there are few brands who know fashion better than Emporio Armani. Coincidentally, there are few brands who know watches better than Fossil, and the watch we review today comes out of a collaboration between the two.

The famed watchmaker made the Emporio Armani Connected, a watch I personally like to call “watch first, smartwatch later”. In most aspects, the EA Connected is a replica of the Fossil Q Nate or Michael Kors Access Hybrid Slim, both of which we reviewed some time back. The basic difference here is in design.

I had said that the Fossil Q Nate is a watch Batman would wear, and the EA Connected is the one Bruce Wayne would wear. The chrome numerals on the dial add a hint of bling to the watch, while the strap and the rest of the body remains in a smooth, matte-ish black finish. It’s premium to the core, sturdy and can even take a few unruly bumps. 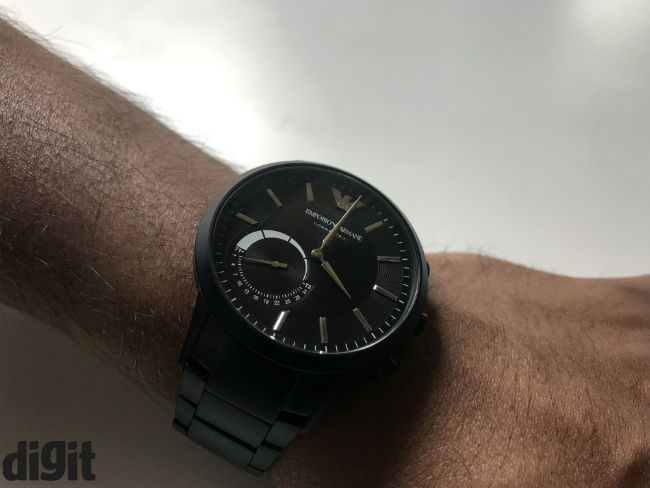 There’s significant difference between this watch and many other smartwatches. Cheaper, lower quality metallic straps tend to pull on the hair on your wrist, taking some time to get used to. However, the Armani watch simply fits, and would be appreciated by watch enthusiasts.

You may have to get the strap size changed at first, but that would take you 10 minutes at any watchmaker’s. It is worth noting that there are two leather-strapped versions to this watch that are significantly less expensive, but also look less premium. Online listings price the EA Connected at nearly Rs. 27,000. 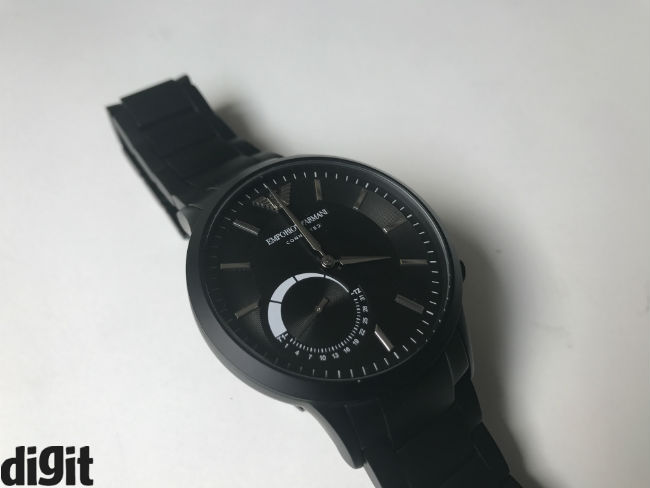 After reviewing the Fossil Q Nate and Michael Korrs Access Hybrid Slim, it really doesn’t make sense to go over the EA Connected’s features all over again. Apart from a different colour scheme on the app, everything’s exactly the same.

Like the other two, this one also has two dials, one that indicates what the watch is showing, and the other that shows the time and notifications. It’s an analogue dial, so the watch hands are all you get. You can choose six contacts and six apps, assign numbers to each of them and the watch hands (both of them) will point to the assigned number to depict notifications.

I’ll simply point you to the Fossil Q Nate review to understand all the limitations. 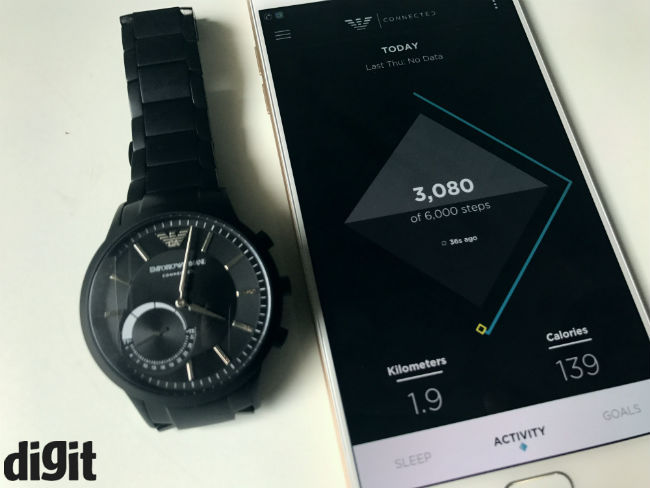 Lastly, the app on the EA Connected is the opposite of the Fossil Q Nate. It’s just as simple and easy to use, but has a black theme, just like the watch itself. You get steps, sleep and goals tracker, while the burger button on the top left lets you choose the apps, contacts, and check what devices are connected (if you have more than one Emporio Armani device).

Here’s another similarity between all these watches - any watchmaker can change the battery, and you’ll only need to do it every six months, or more. There’s also a battery removal tool in the box, if you wish to do it yourself (and you can). 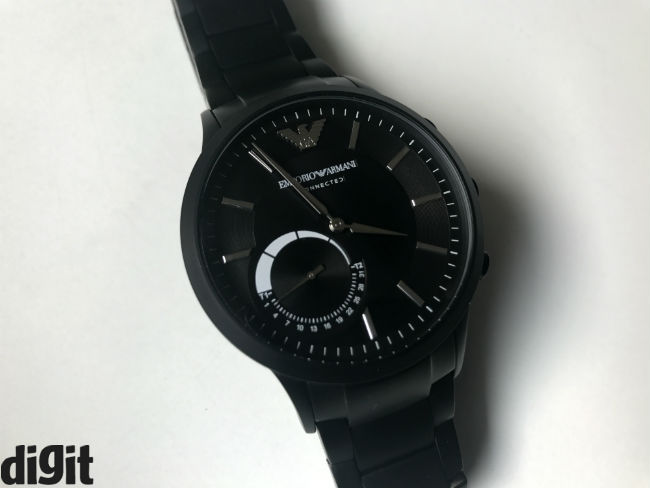 The Samsung Gear S3 Frontier and Apple Watch 2 are both much more feature rich, as is almost every other smartwatch out there, but the fact remains that a smartwatch absolutely needs to get the watch part right. That, is where the Fossil Q Nate, Emporio Armani Connected and Michael Korrs Access succeed.

Fire-Boltt 360 Review: Stylish design, but not for the fitness enthusiast
OPPO Band Style review: Not bad, but needs to improve
Fitbit Luxe is a new “fashion-forward” fitness tracker that is priced at Rs 10,999
Advertisements