Brain wearables and my battle with concentration 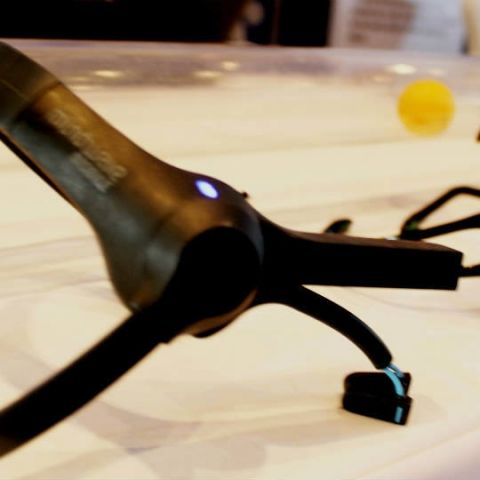 I was reminded of these lyrics from The Killers’ popular track - ‘Read my mind’, while wearing the Neurosky Mindwave EEG Headset. Yes, the Mindwave is a headset that can literally read your mind.

As I visited the Tech Lab at the annual WPP Stream Unconference in Jaipur; a congregation of media barons, tech startups and journalists, I saw a man sitting with this headset clipped on to his earlobe at one end and his forehead, on the other. He was simply looking a tiny ball, housed inside a long plastic tube, and the ball was moving from one end to the other, without any human intervention. Is Magneto from X Men real? I thought to myself. Alas! I came back to reality (and my senses) and realised what I was looking at.

“Now that’s a Brain Wearable,’ I said to myself and darted in Magneto’s direction.

What I was looking at, was The Neurosky Mindwave EEG Headset. A brain wearable that measures raw brainwaves using a single EEG electrode. These brainwaves can then be interpreted in a number of ways. The NeuroSky eSense meters also measure attention, meditation and eyeblinks to literally convert thoughts into actions. The headset consists of an ear clip and a sensor arm that sticks to one’s forehead. For connectivity, it uses Bluetooth v2.1 to pair with various devices within a 10 meter range.

Electroencephalography or EEG has for long been used in hospitals where it’s function is to detect electrical activity in the brain. Our brains cells talk to each other using electrical impulses and EEG tests are a way of listening into them. Most EEG measurement instruments cost upwards of a Rs. 5-6 lakhs. The Neurosky Mindwave EEG headset costs $99 or Rs. 6787 approximately.

In India, headsets like these are used for general marketing purposes, or in other words, to capture eyeballs, just like the demonstration I witnessed at the Stream unconference. Let me tell you, it wasn’t easy using the Mindwave. It actually requires you to concentrate hard on the action you want to perform. In my case, when I tried moving a tiny plastic ball from one end to the other, I realised my powers of concentration are nothing compared to the man who initially caught my eye at the demo zone. Yes, I failed Magneto! It took me a few tries to get the ball to move and even then, rather than making a beeline from one end to the other, the ball jittered inside the plastic tube like an object possessed by a menacing poltergeist (Yes, I have witnessed poltergeists but that’s a story for another time).

Coming back to my woes of working a mind wearable, let me tell you how brainwaves function. When neurons in our brains communicate with each other, they produce different frequencies namely - Beta, Alpha, Theta & Delta. The Beta frequency is produced when we are fully alert and agitated. The Alpha frequency is produced when we are physically and mentally relaxed as well as aware of our surroundings, The Theta and Delta waves range from a state of reduced consciousness to being completely unconscious. Clearly and embarrassingly, my brain must have been producing Theta frequencies while wearing the Mindwave. In my defence, I had been awake since 4 AM.

Nevertheless, the point of brain wearables is to help you improve concentration, and in some cases, Zen out. There are also a bunch of apps available for the Mindwave on Neurosky’s store which help you perform a range of brain related tasks, that is, If you can actually put your mind to them.

A cool implementation of Neurosky’s brainwave reading technology was also seen on a Star Wars Force Trainer, a toy with which players could levitate a ball using their powers of concentration. Neurosky’s tech was also used in Google’s MindRDR, which connects to the Google Glass to monitor brain activity. 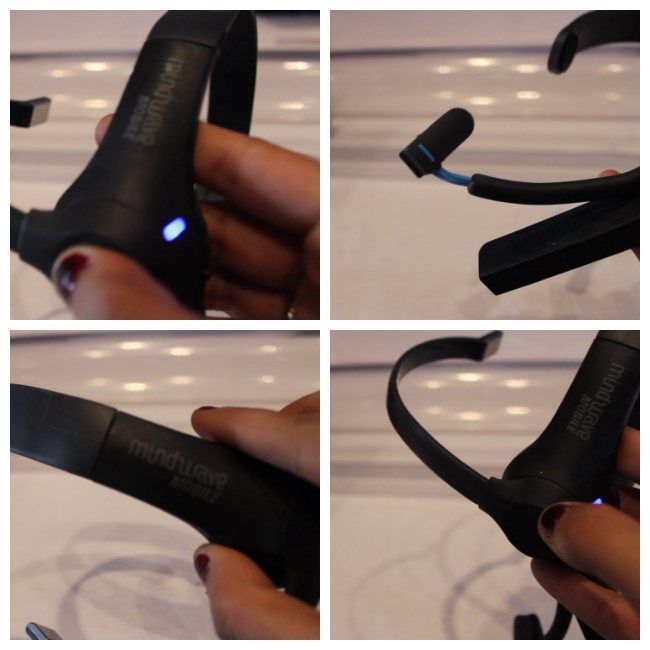 So, while brain wearables may seem incredible and the applications uncountable, there are still a lot of pertinent questions that remain unanswered when it comes to these mind readers. For once, the consumer applications of these wearables also opens up our brains to security risks. In a day and age where everything from smartphones to fitness trackers to IoT device are hackable, brain wearables are an easy target for cyber terrorists. There’s also a question of meaningful implementation of these devices. So far, very little has been said about using brain wearables for medical conditions such as epilepsy or panic attacks, but even those solutions are not that far way in the future.

So, let’s wait and watch where brain wearables are headed. Till then, below is are some image of me struggling to use the Neurosky Mindwave. Hope you have a good laugh! 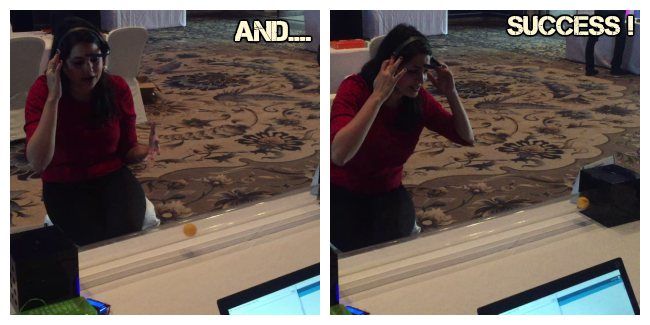