The Dwarf's Past: Pluto, and its many secrets 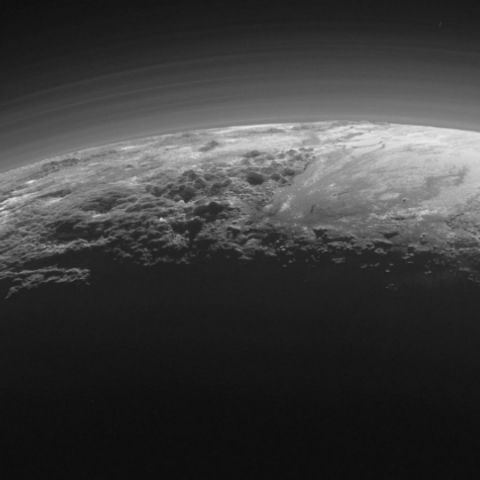 Pluto has had a difficult journey – a dwarf planet discovered in 1930, demoted to a dwarf planet in 2006… the journey has been difficult. Here, we break down a few facts, and a few more mesmerising photos, from mankind's first visit to Pluto.

Pluto, the dwarf guardian of our final frontier, has had one lengthy journey. Placed 7.5 billion kilometres away from us, it has taken 85 years for us to finally reach the planet, and a whole century since its first faint sighting in 1915, by Percival Lowell. And, having finally reached closer to the dwarf planet far into the fringe of our solar system, we have uncovered an interesting set of data and taken a few stunning photographs of Pluto, one of which went viral across social media, generating massive popular interest.

Contrary to previous belief that Pluto is a barren, frozen land far, far away without any atmosphere, Pluto is actually much lighter, mostly being a mass of frozen methane ice. It is roughly 1/5000th the mass of planet Earth, it has a thin atmosphere of Nitrogen that is slowly being stripped away by solar winds, it has five moons, and it is yet to complete one full trip around the Sun, since we discovered it officially. Here’s uncovering five such facts, followed by the latest closeup photographs of Pluto’s surface.

One day on Pluto = 6.4 days on Earth
Pluto rotates backwards, and takes 153.4 hours to spin around for one full circle. In fact, it actually forms a binary unit along with its moon, Charon. Pluto’s mass is so less that the centre of gravity, after being aligned with Charon, falls outside the planet. Hence, its axis of rotation falls outside itself, making Pluto and Charon the only celestial binary unit that we have observed till date.

Pluto’s eccentric orbit falls in Neptune’s way
One of the mainstays of Pluto’s discovery was the irregularity that it caused to Neptune and Uranus’ orbits. Recent observations have found out that Pluto crosses Neptune’s orbit around the Sun, and in fact, it actually remains closer to the Sun than Neptune itself, for about 20 years. The last time such an incident happened was in 1979, and will not recur until 2207.

It has an atmosphere, which is slowly depleting away
Pluto does have an atmosphere, a thin Nitrogen-dominated one. However, owing to its light mass, the gas has spread out far into space, and repeated solar winds are constantly depleting it away with time.

There are, definitely, a number of other aspects about Pluto which we shall discover in due time. After all, it is somewhat far away from where we are right now. The following are photographs shared by NASA, showing the best images taken of Pluto as yet, by New Horizons. Here’s hoping for more! 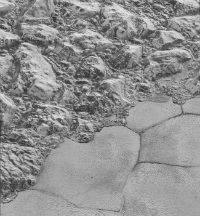 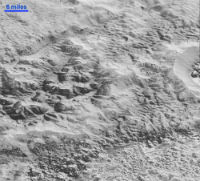 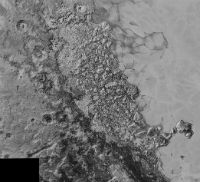