Elon Musk's next big venture is to merge human brain and AI, with Neuralink 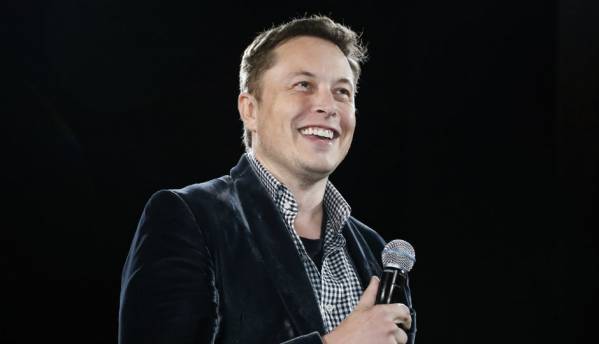 SpaceX and Tesla spearhead Elon Musk has launched Neuralink, a new and seemingly unknown venture that works on human brain and computer interface. Neuralink is not even a year old till now, and is registered as a 'medical research' company based in California. Although an official announcement is yet to be made, Musk's latest venture falls in line with his previously shared vision of 'neural lace', or an interface presented by brain-embedded hardware that can help in efficient implementation of artificial intelligence with the neural network of our bodies.

Merging AI algorithms closer with biological processes can help in multiple functions such as improving memory, reactions and preventing neurodegenerative diseases. While this seems to be a fascinating combination in theory, the practical implementation is significantly more difficult, for multiple reasons. Undertaking such research includes invasive operations into the human brain - an overtly complicated process that most refrain from unless there are no options remaining. Neuroscience researchers still claim that it is some time till we fully understand how neurons in the brain react and communicate, which is yet another major obstruction in the path towards writing neural code.

Before we get to embedding chips in our brain and obtaining superpowers, the key is to better understand functionings of the human brain, which will further lead to more advanced processes of collecting data and eventually progressing medical research. Till now, we have seen electrode arrays being implanted in brain to considerably repair Parkinson's, epilepsy and other similar symptoms. The complexity of brain-embedded chips are limited till now for obvious reasons, and for the kind of work the Neuralink is aiming to do, the level of complexity will be significantly higher. There will be the first steps of better understanding brain neurons and find an effective code to artificially communicate with them. This will then be followed by processes that will be able to augment brain functions, and present us with a superior interface that can be integrated with software processes to carry out certain functions.

As of now, we stand in front of years of research, primarily in the medical field, before aiming to further complicating what happens to be the most complicated neural network - the human brain. Musk's investments may provide a major boost in terms of infrastructure to Neuralink, and we will certainly be keeping an eye out to spot the advancements that eventually come around in this field.

Elon Musk's Starlink satellite internet will target rural districts in India
Elon Musk's Starlink Satellite Internet Service by SpaceX could launch in India soon
Scientists have developed the world’s first living robots, bringing us one step closer to a sci-fi future
A huge asteroid is moving toward Earth's orbital path
NASA to equip ISS crew with Augmented and Virtual Reality tech to help with repairs and maintenance in space
Advertisements