Can humanity live on the moons in the Solar System? 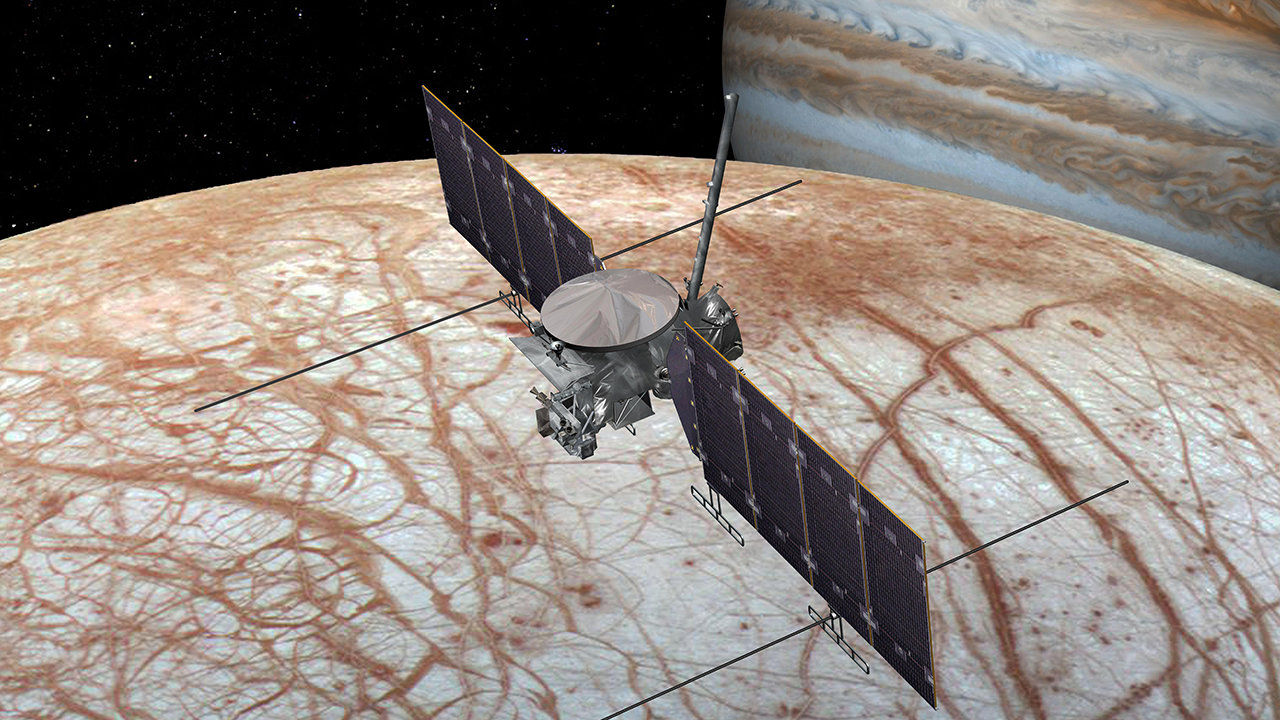 As part of NASA’s Apollo programme, 12 astronauts visited the Moon between 1969 and 1972. Since then, humans have not returned, and the Moon remains as only planet that humans have ever visited. The Moon doesn’t have an atmosphere similar to Earth’s, and there isn’t any wind or water to wash the Apollo astronauts’ footprints away. The Moon also lacks tectonic activity, unlike Earth and Venus, hence its internal structure has been well preserved since its formation. Scientists now have the chance to comprehend how planets’ interiors form. Our Moon is a historical encyclopedia containing information about ancient Earth. Similarly, exploring our solar system and understanding the planets around us involves closely examining the multiple moons that surround them. Jupiter, Milky Way’s biggest planet, has many unexplored mysteries. Its moon or shall we say moons hold the answer. 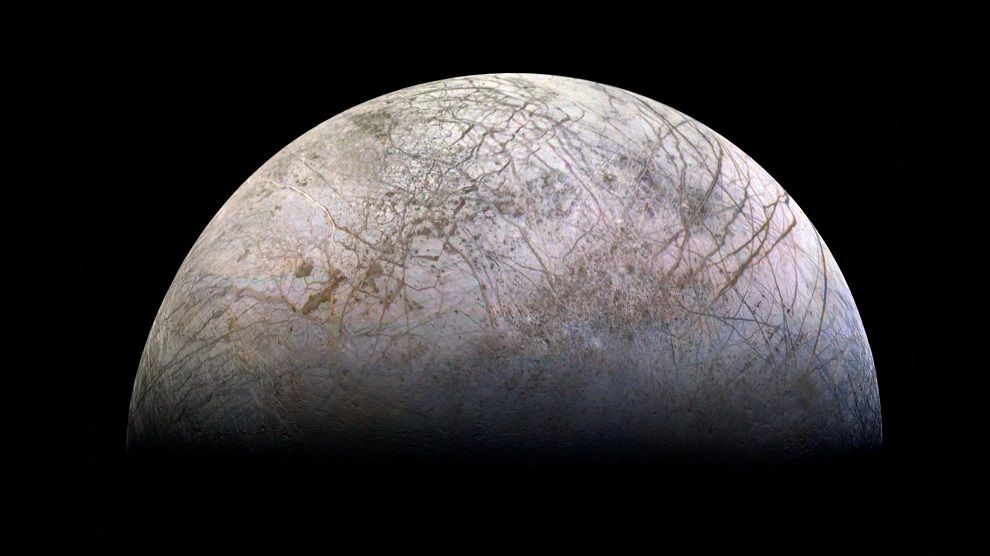 Jupiter and its Several Moons

Jupiter has 53 named moons and more than 20 others awaiting formal identification. Currently, it is believed that Jupiter has 79 moons altogether. There are many fascinating moons around the globe, but the Galilean satellites—the first four moons identified outside of Earth—hold the greatest scientific curiosity.

The Galilean satellites are named after Italian scientist Galileo Galilei, who made the first observation of Jupiter’s four largest moons in 1610. Simon Marius, a German astronomer, claimed to have spotted the moons at about the same time, but because he didn’t record his findings, Galileo is credited with making the discovery. Each of these big moons—Io, Europa, Ganymede, and Callisto—are unique worlds.

Ganymede is the largest moon in the solar system (bigger than the planet Mercury) and the only known moon to have its own internally generated magnetic field.

Callisto’s surface is severely cratered and old, providing a visible record of events from the solar system’s early past. The extremely few tiny craters on Callisto, on the other hand, imply a low level of present surface activity.

The surface of Europa is primarily water ice, and there is evidence that it may be covering an ocean of water or slushy ice beneath it. Europa is thought to have double the amount of water as Earth. Astrobiologists are intrigued by this moon’s potential for a “habitable zone.” On Earth, life forms have been discovered thriving near subsurface volcanoes and in other harsh settings that could be parallels to what might exist on Europa. 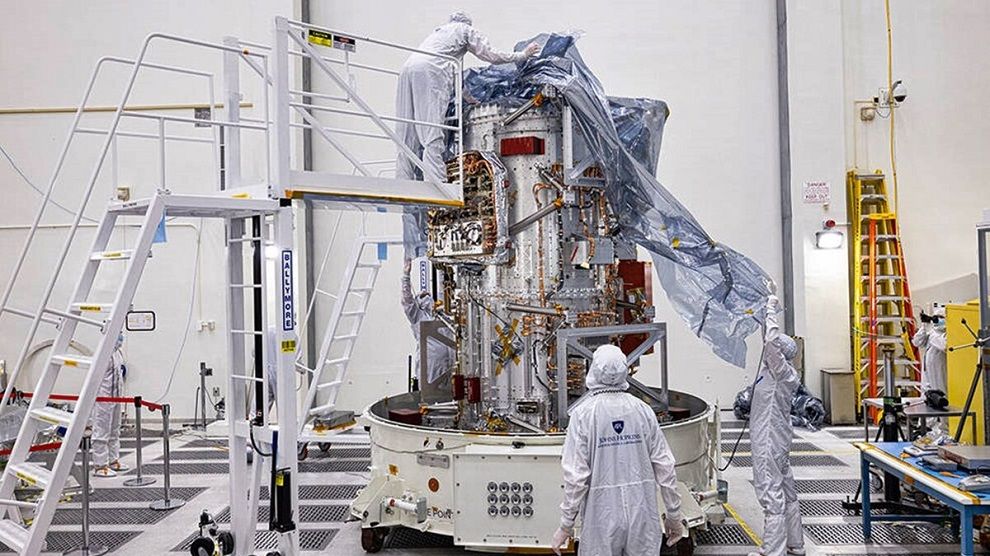 Europa is named after a woman who was kidnapped by Zeus in Greek mythology. Europa is roughly 90 per cent the size of Earth’s Moon, with an equatorial diameter of 1,940 miles (3,100 kilometres). Because its surface is comprised of water ice, it reflects 5.5 times more sunlight than our Moon. The Sun’s light takes around 45 minutes to reach Europa. Because of the distance, sunlight is approximately 25 times fainter on Jupiter and Europa than it is on Earth. Europa orbits Jupiter every 3.5 days and is held in place by Jupiter’s gravity, so the same hemisphere of the moon constantly faces the planet.

Taking specific interest in Europa and its potential life forms, NASA is preparing a mission called Europa Clipper. It will also search for organics such as sulphates and carbonates. Europa Clipper will help us comprehend the potential for life on additional ocean worlds in our solar system and beyond by establishing whether Europa has the proper conditions for life. One of NASA’s most expensive missions, the Clipper will explore everything from the depth and salinity of the ocean to the thickness of the ice crust. The spacecraft’s main body is a massive 10-foot-tall (3-meter-tall) propulsion module designed and built by Johns Hopkins Applied Physics Laboratory (APL) in Laurel, Maryland. The nine scientific instruments that Europa Clipper will carry are: Plasma Instrument for Magnetic Sounding (PIMS), Europa Clipper Magnetometer, Mapping Imaging Spectrometer for Europa (MISE), Europa Imaging System (EIS), a radar for Europa Assessment and Sounding: Ocean to Near-surface (REASON), Europa Thermal Emission Imaging System (E-THEMIS), MAss SPectrometer for Planetary Exploration/Europa (MASPEX), Europa Ultraviolet Spectrograph and a Surface Dust Analyzer (SUDA).
The radar device will map Europa’s ice, while a magnetometer will estimate the ocean’s depth and salinity. Colour and infrared cameras will map the surface and look for hot patches where the ocean might be leaking through the ice shell. Spectrometers will assess the surface’s composition and scan any plumes spouting water into space. The mission also has the capability of directly sampling Europa’s atmosphere, including potential ocean water and surface particles ejected into space by Jupiter’s radiation.

After all data has been collected, NASA could continue with an extended mission, possibly focusing on sites that are particularly fascinating with repeated near flybys. After four years of science flybys, the objective is to crash the spacecraft somewhere less astrobiologically intriguing than Europa. Scientists do not want to risk contaminating Europa with Earth-based bacteria that escaped NASA’s cleanrooms. Thus, NASA’s official aim is to crash Clipper onto Ganymede, the largest natural satellite known in our solar system.
By then, Clipper should have returned enough Europan surface data to Earth for NASA to select a landing site for a subsequent lander mission. NASA cannot rule out the chance that Clipper will get extremely lucky and detect signs of life during one of its near flybys of Europa. Clipper, however, is primarily a survey expedition. A follow-up surface lander is more likely to be required to find biosignatures on Europa’s surface.

JUICE, or Jupiter ICy moons Explorer, will provide information about the evolution and habitability of icy worlds near Jupiter and Jupiter-like exoplanets. JUICE will most certainly broaden our search for life in the universe.
JUICE is scheduled to launch in August 2023 and land on Jupiter in 2031. It will orbit Jupiter for 2.5 years, often flying within 200 to 1,000 kilometres (120 to 620 miles) of the icy moons. During the initial phase of the mission, the solar-powered spacecraft will pass by Europa twice and Ganymede and Callisto 12 times each, allowing for unparalleled close-up investigations of these moons. JUICE will orbit Ganymede for at least nine months during the next and final mission phase. This would be the first time a spacecraft orbited another moon except our own.
Jupiter is also being studied as part of the JUICE expedition since it impacts the icy moons and their circumstances. Jupiter has a tremendous magnetic field that is 20 times stronger than Earth’s; Europa and Ganymede, in particular, are showered in high radiation particles flying along Jupiter’s magnetic field lines due to their proximity to Jupiter. JUICE’s magnetometer, particle detector, and plasma instrument will map and measure Jupiter’s magnetic field, detect particles travelling across it, and investigate how they affect the material of the moons’ surfaces.
JUICE and Clipper will be landing around Jupiter at the same time. China is also contemplating a trip to Jupiter’s moons, with a Callisto orbiter and lander being one of its top options. All of these missions will tell us not just about the habitability of Jupiter’s icy moons, but also about icy worlds orbiting other massive planets in the universe.