Which desktop processor should you get? 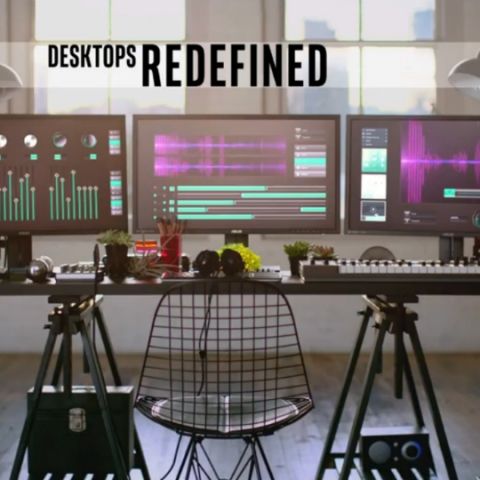 With literally over a numerous desktop processors being released each year, you need to know the right processor for your needs, be it for simple productivity tasks like surfing along with the occasional gaming or for more complicated tasks such as video editing. While technically there is no one-size-fits-all approach when it comes to processors, you could buy the best and satiate every application on your machine while burning a hole through your pocket which is why there are different segments for desktop processors and it isn’t just about the number of cores or the clock speed.

Every one and a half years, a new generation of processors are launched and they being a host of improvements to the table. The question is, whether these things matter to you. Take for example, the Intel® 6th Generation Core™ i7 and i5 processors that were launched last month. These new processors are 30% faster than the Intel® 3rd Generation Core™ i7 3770K and 20% faster than the Intel® 4th Generation Core™ i7 4770K processor*1. But for someone who’s just interested in casual gaming and using their desktop machine as a media consumption device, this performance increment isn’t a priority unless they’re looking towards future-proofing their machines. Laptops are a different ball game altogether but the rule of the thumb is that newer is better.

If you’re in the market for an Intel® processor, then picking between a Core™ i3, i5 or i7 processor is quite simple. The Core™ i3 is for everyday tasks like surfing, casual gaming, watching movies and for running productivity tools like Excel/Word. Then comes Core™ i5 which can do all of the above but better. AAA games like Call of Duty, StarCraft and other RTS titles have a lot of events happening in each scene which requires a decent amount of processing power and the Core™ i5 is quite capable of providing that. These two cases are what most people would fit into. Then come the enthusiasts, these are the kind of people who run a lot of power hungry applications simultaneously which requires not only a really good processor but also ample amounts of RAM. They feel most comfortable with a machine that is quick to respond even under high loads and the Core™ i7 series is most suitable for their needs.

In the end come, the extreme enthusiasts who want the best and have deep pockets to afford the best. The Extreme Edition Intel® Core™ i7 processors are most apt for their needs. These are the folk who run very resource heavy tasks like video editing software and want the work to get over quick. The enthusiast Core™ i7 is also well capable of handling video editing but when time is of the essence you need every single bit of processing power you can get your hands on and the Extreme segment exists for this very reason. The Core™ i7 5960X Extreme Edition processor is the recommended Desktop processor for such folks.

Think of computational tasks like cars driving on highways / freeways. The more highways there are between your destination and you, the better traffic conditions you’ll experience. To add to this, if you have more lanes along each highway, the traffic along the road gets balanced out better with faster cars moving along the fast lane while those who aren’t as eager riding on the normal lanes. In the context of a CPU, the highways are Cores and the lanes are Threads. Simply put, more is better. But it also comes down to the driving skills i.e. how an application is programmed. Having 16 threads won’t help much if your application isn’t programmed to utilise all of them. Most games only need four threads to run optimally and anything more than four might not be used at all in certain cases. Which is why gamers are generally recommended Intel®’s Core™ i5 processor which generally have four threads. Given current generation of processors, the number of threads is an integral multiple of the number of cores. So a Quad Core™ i5 6600K has four cores and four threads which a Quad Core™ i7 6700K has four cores and eight threads. One important thing to note would be that performance does not scale in an integral manner. So the Intel® 6th Generation Core™ i7 6700K is not twice as fast at the Intel® 6th Generation Core™ i5 6600K.

The processor memory architecture follows a simple hierarchy and what goes where is just a matter of priority. L1 is the fastest, followed by L2 and in some cases L3 before the data gets to the RAM. Cache capacity is calculated so as maintain optimal use of real estate on the CPU die along with data needs. Since it is the fastest, data that’s stored here gets used equally fast so you only need very little of L1 cache. Data that needs to be retained for longer periods of time is relegated to the L2 cache and it goes on so forth.

The socket is where your CPU sits on the motherboard and it goes without saying that you need to pick the right socket for the processor. The latest Intel® 6th Generation Core™ processors make use of the new LGA1151 socket. LGA stands for Land Grid Array which indicated the type of contact points the socket has and the number that follows LGA tells you the number of pins it has.

An important part of mid-range and entry-level processors are the integrated graphics options which would dictate which processor you’d need to get for a hassle free experience. So if you want to run multiple displays at really high resolutions but don’t want to play games i.e. invest in a graphics card then integrated graphics like the one present on the Intel® 6th Generation Core™ i7 6700K would do the job for you. The Intel® HD 530 graphics can easily power two 4K displays while using just 1.7 GB of RAM  at peak workload. *2

The clock speed dictates how many instructions a CPU can handle in a given span of time. This is again a simple metric where more is better. Increasing clock speed also generates a lot of heat as you go higher so processors are clocked to keep temperatures in check. There are SKUs which can be overclocked and those which can’t be, you need to keep this in mind while going in for a new processor. A processor like the Intel® 6th Generation Core™ i7 6700K has an unlocked multiplier and is easily overclocked to give your more performance as and when you desire it. But you don’t always have to manually overclock your processor, when needed most processors take it up a notch without any intervention. Intel® calls this technology Turbo Boost. The Core™ i7 6700K generally runs at 3.5 GHz but should it feel that more performance is needed, it will automatically scale all the way to 3.9 GHz.

The last thing you need to keep in mind are the different types of technologies that each processor has. Newer generations of processors usually best everything that the previous generation did. So let’s say you want to encode videos quickly, in that case Intel® Quick Sync is a recommended technology for your processor. And if you want even clearer video playback for HTPCs and such then Intel® Clear Video and Clear Video HD will give you a better experience. There are ample number of technologies that can aid your computational needs like VT-x and VT-d which helps with a better Virtualization experience or you’d want more security, in which case Secure Key is a technology that you might want to take a look at.

* All explanations were sourced from individual tooltips on the processor details page.