USB 3.0 - Everything you need to know about this SuperSpeed interface 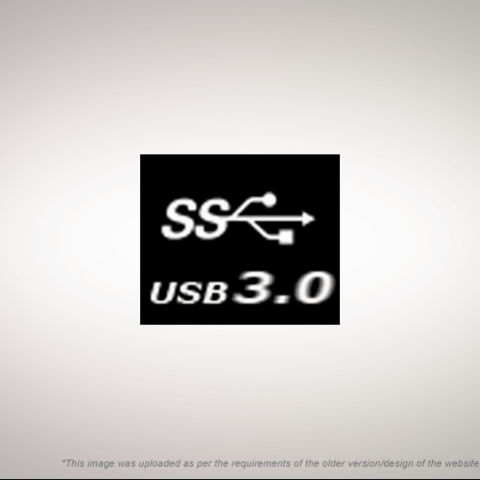 The world moves at an incredible speed, and you have to adapt to survive. The list of technology advances in the first decade of 21st century is endless, and have offered great leaps forward for mankind. Where technological evolution is concerned, the "Universal" Serial Bus is the next big thing, because as the name suggests, its universal application is undeniable. So when a major feature upgrade comes up for such tech, it truly stirs the world.

We are of course talking about the SuperSpeed USB 3.0 standard introduced by the USB-IF, and we are here to give you an overview of this technology, the market availability of supported products and a look at some of the USB 3.0 devices. Let's start with a quick overview of the features of USB 3.0: 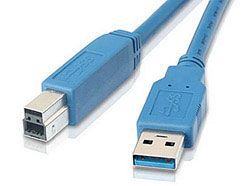 Operating system that are developing support for USB 3.0:

Linux: The time wasn't long past when Linux was critically blamed for NOT  implementing support for new devices and drivers - but those days are gone now! Linux is now the first OS kernel to provide native support for USB 3.0, following the release of version 2.6.31 on Sept. 10, 2009! While Fedora 12, OpenSUSE 11.2, Mandriva 2010 & Ubuntu 9.10 are already backing the tech up, other distros are not far behind. Obviously, the support is still not yet mature enough, but developers are working to offer SuperSpeed USB ability to the Linux kernel.

Windows: It's being speculated that Microsoft is cooking the Windows 7 Service Pack 1 to have a USB 3.0 driver stack as an update; another rumor states that Windows 8 will have native support for it. However, Windows 7 Service Pack has a release date of Q4 2010, and as per the rumor, you can expect Windows 8 General Availability in late 2011, or by 2012. So, for now the driver software bundled with the devices that you will buy is the only way to make them work on Windows.

Apple : There is complete silence from Apple on the SuperSpeed front. They are probably working on a stable solution; not wanting a repeat of their USB 2.0 debacle - which was quite buggy on release.

Intel started development of its xHCI (eXtensible Host Controller Interface) way before the release of USB 3.0's final specifications. xHCI is an Intel implementation of the OHCI (Open Host Controller Interface) for USB 3.0. However, they have finally managed to update the Linux Kernel stack for xHCI and provide basic support and drivers with Linux kernel 2.6.31. AMD, for once, are on the same side as NVIDIA - and are blaming Intel for not sharing their development plans for OHCI - specifically their plans and intent for xHCI.

While AMD does not see the need for USB 3.0 until later this year, Intel has been delaying the consumer implementation of xHCI on Intel motherboards, with a probable release planned for early 2011. Experts speculate that their proprietary LightPeak technology is the key-reason to cause this delay, and that Intel wants to roll-out LightPeak before SuperSpeed USB.

NVIDIA, as of now are uncertain whether they should continue modifying the aged OHCI to match the requirements of USB 3.0, or to adopt Intel's xHCI.

Hardware manufacturers such as ASUS and Gigabyte are not known to hold back a brand new feature. ASUS has released the first motherboard producer to feature USB 3.0 support, through the use of a third-party proprietary Host Controller; mainly due to Intel's delay. Their UPD720200 USB 3.0 host controller was produced in mid-2009 and was the first production level host controller interace. NEC provided ASUS and Gigabyte with the required components (rumor says, at $15 for each 'experimental' sample). ASUS may have been the first company to come out with its USB 3.0 supporting motherboard, the P6X58D Premium in Q3 of 2009, but Gigabyte, though a late bloomer, has by now introduced a plethora of boards to the market - mostly for the Intel platform. Other hardware manufacturers however are not yet concerned enough to jump on board this bandwagon.

While the development of USB 3.0 is a murky affair, what is certain is that data transfer and storage devices will enjoy the greatest advantage of this new technology. External and workstation hard drives supporting USB 3.0 are already in the market for enterprise usage, and we can expect SATA and all its younger brothers (eSATA, eSATA II etc.) to provide the benefit of SuperSpeed USB for personal use soon. While SSDs (Solid State Drives) use PCIe technology to escape the limitations of USB 2.0, they will probably use USB 3.0 soon. This is because in a USB 3.0 avatar, an SSD will be plug-and-play and therefore much more appealing to an end user than an internal counterpart attached to a system. USB 3.0 may also help Blu-ray  optical media to enter the mainstream market; introducing better read/write speeds.

We may also see the advent of new types of devices (did you even dream of a personal USB fan, before USB 2.0 showed up?) that will avail of USB 3.0's features in interesting ways. External GPUs are already a possibility, allowing one to play games on all PCs and laptops, a person may own. Another application may be in High Definition or Super Hi-Vision (4K, 8K or more) video cameras, which may also use the technology for faster media streaming/transfer or real-time editing capabilities.

As the possibilities are infinite, we can't even imagine all fields in which this technology may be adopted - maybe you could come up with a new idea too...