Rise and revolt my brethren 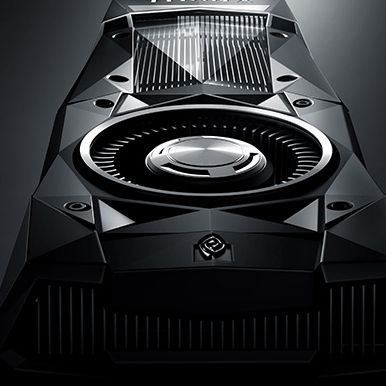 When it comes to components, India has always had a poor track record of sticking to the International pricing. If something launches Internationally for $699 (Rs. 47,500), you’d expect to get it at the same rate but what you end up paying is Rs.63,250 (that’s roughly 35% more). There’s the ever-prevalent import tax which by nature is supposed to help protect the interests of Indian hardware manufacturers. Then there’s the fact that these are considered a luxury item and hence, the tax makes for an additional stream of revenue for the exchequer. However, when it comes to silicon chips, there are no Indian companies whose interests need to be protected. Wikipedia has an elaborate list of silicon fabrication plants of which there’s only one Indian fab, owned by ISRO. So obviously we should have import taxes to ensure big companies like Intel, AMD and NVIDIA should use ISRO’s facilities for manufacturing chips, right?

Well, not quite. ISRO’s fab only has 180nm lithography technology. And every computer hardware component under the sun has migrated to, or is in the process of migrating to 16nm / 14nm process. There’s no reason why ISRO’s facilities would be used by these companies because if they did, not only would the chip be the size of a 7-inch tablet but the cooling solution would end up being as big as full-tower cabinet. So in this impractical scenario, we still have import taxes against CPUs and GPUs. For what reason, I don’t know.

What’s worse is that our laws don’t even have a category defined for GPUs, i.e. an 800 Million Dollar industry which in turn fuels the gaming industry, another goliath that accounts for 1.8 Trillion Dollars. Heck, we contribute to a significant portion of the R&D that these companies perform to generate these very CPUs and GPUs. Every graphics card imported into the country is filed under Section XVI, Chapter 84, Entry 84733030 – “Other mounted printed circuit boards”. How descriptive!

For a device that drives so much revenue we sure are very focussed towards ensuring that the industry has a hard time thriving in India.

Though there is no import duty, graphics cards still attract Landing Charges @1%, Countervailing Duty @12.5%, CESS @3% and CEX (Education & Higher Education CESS) @3%. All these account for a 15% increment in the product’s value.

Businesses don’t operate on simple arithmetic, so no, don’t grab your pitchforks yet. It’s obvious that a good chunk of this 20% is actually going to the sellers and logistics don’t count for that big an increase. How do we know this? Why, we handle logistics for a magazine and we know how much it costs to get a magazine right into the hands of the reader i.e. you. However, here’s the thing. Internationally, these cards are sold at their launch prices (say $100) which includes all business expenses, production expenses, logistics costs, the seller’s cut and generates revenue. In India, the brand keeps the $100 and passes on every other overhead we just spoke of on to the consumer resulting in a massive price rise.

This in turn, leads to fewer sales in India which is, in my opinion, the most price conscious market in the world. And brands then claim that India isn’t a key country for them owing to poor sales figures. Talk about shooting yourself in the foot. And we continue to suffer in silence. Well, not anymore. With the newest graphics cards hitting the Indian market, we noticed the same merciless pricing but something was different. Every ecommerce site has a tonne of negative reviews for these graphics cards because of this poor pricing strategy.

And better yet, brands have even dropped prices Rs.3-4K below the recommended MRP to gauge consumer reaction. So there are two ways in which this can go, brands might start selling at the proper 15% markup and reap the rewards of increased sales or they might not bother at all since sales aren’t that high in India for this to make a difference anyway. I’m just happy to see my brethren voice their opinions against this unfair pricing tactic and invoke change.

One small step for the Indian PC lover, one giant leap for the #PCMasterRace.

This was first published as a column in the August 2016 edition of Digit Magazine. To read Digit's articles first, subscribe here or download the Digit e-magazine app for Android and iOS. You could also buy Digit's previous issues here.