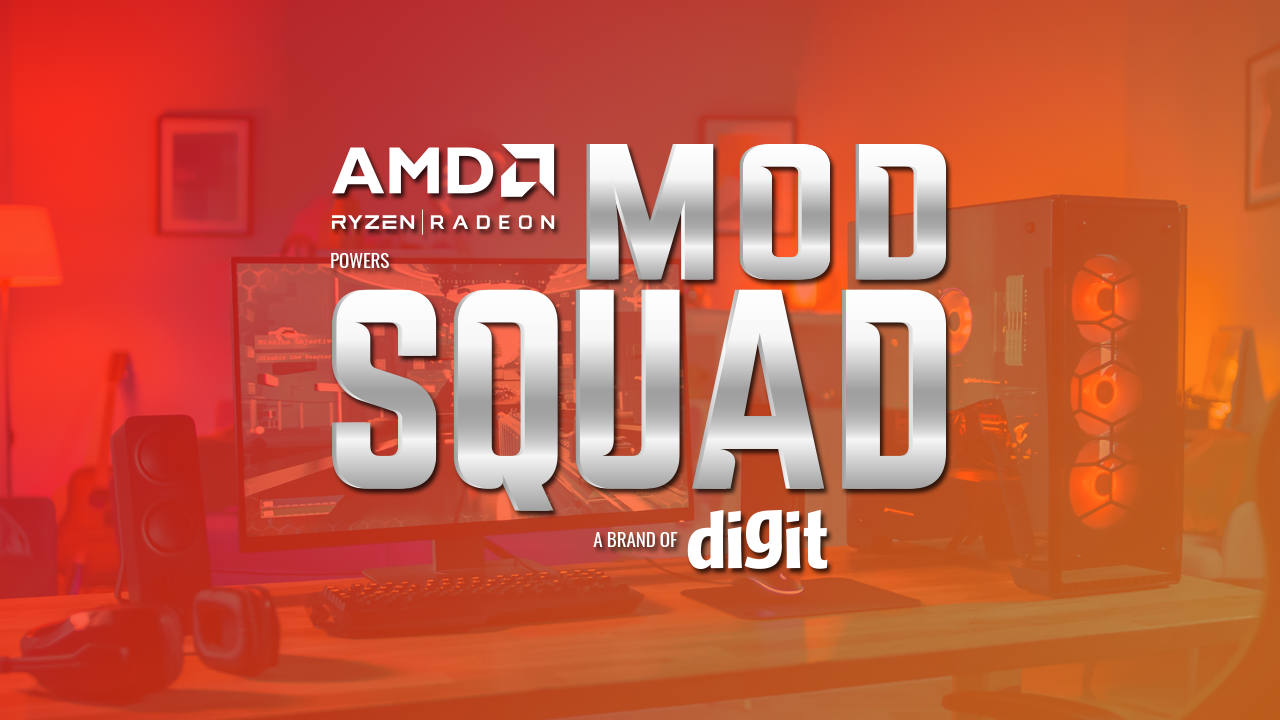 What’s the point of having something awesome when you can’t show it off. Here’s your chance to show off your amazing gaming rig and earn some goodies. AMD has partnered with Digit for the MOD SQUAD contest where gamers are invited to flex their AMD-powered gaming rigs and earn rewards.

First off, your PC needs to be an AMD-powered device. This means that you build needs to include either an AMD processor or an AMD GPU. It can also feature both, which would be pretty cool.

Also, it should be noted that this contest is only open to residents of India who are at least 14 years old. For more terms and conditions, click here.

Those who meet the above criteria can participate by posting a photo or video of their build on Instagram. In order to qualify, the post should follow certain video/image guidelines which are mentioned below. The contest has been divided into Pro and Enthusiast categories, with the former being aimed at advanced PC builders.

Once the post has been made, participants will have to complete their participation by filling out the form in this link. It should be noted that the contest is only till July 30 and the winners will be announced on August 12.

The video needs to a minute long and can run any RGB profile participants can run any video they want. However, they need to ensure that AMD components are clearly visible in the PC. The posts description should include the list of components as well as the tags #AMDIndia and #DigitMODSquad.

You can check out a sample video post here.

For photo posts, five images need to be submitted. The first photo should b ethe Hero Shot in which your rig looks the best. The second needs to be a well-illuminated shot of the components with the side panel removed. Do note that the RGB lighting should be off got this photo.

The third photo is another view of the components with the fan orientation marked. The forth should be from the opposite side (behind the motherboard), showing the cable management on that side. The final photo should be a well-illuminated photo with the side panel removed and RGB on (although that is optional).

The description of the post should have all the components mentioned along with the tags #AMDIndia, #DigitMODSquad.

WD Black is the reward partner for the contest. So the top 10 entries will get Western Digital WD Black NVME SN750 250. The next 10 winners will get Logitech G331 gaming headsets or Logitech G502 Hero gaming mice. The next 50 top entries stand to win AMD goodies like mugs and caps.