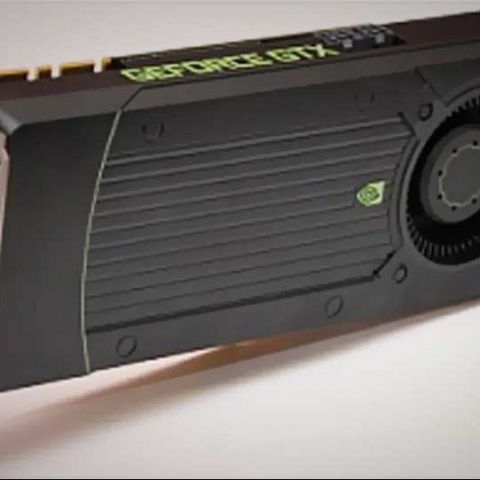 The GeForce GTX 670 made a quick stop at our test center a few days ago, and we got to run it through the grind of our benchmarks. Unfortunately we couldn’t tell you about it thanks to the pesky little thing called the NDA which we signed.

The GeForce GTX 670 is the second card to be based on the fabled Kepler GK104 GPU and true to NVIDIA tradition, it’s the perfect wingman for its flagship single core, the GTX 680. In fact the two cards are very similar. The GeForce GTX 670 ships with 1344 shader units (or CUDA Cores as NVIDIA like to call them) and seven SMX units as opposed to eight SMX units and 1536 CUDA Cores on the GTX 680. The memory subsystem of the GeForce GTX 670 is identical to the GTX 680, consisting of four 64-bit memory controllers (256-bit) with 2GB of GDDR5 memory. The similarity extends further to the ROPs - both have 32 and the memory clock is the same too.

So the difference pretty much lies in the engine clock and shader units. How much difference can 192 shaders and 91 MHz in clock frequency make in terms of performance? Let us find out...

Performance
The Reviewers Guide which was shared along with the card made some hefty claims with respect to performance. Paraphrasing here, the guide claimed that the GTX 670 can smoke the AMD HD 7950 and at least tie the performance of the HD 7970. Can it indeed? Then there’s the question of how it will stack up against its older sibling. To test performance we had a mix of synthetic as well as real world gaming benchmarks. Relative performance was assessed with the help of two GTX 680s, an Asus HD 7970, and for legacy comparison a ZOTAC GTX 580 AMP Edition. For the 3D Mark 11 benchmark we even threw in the mighty HD 6990 as well. Speaking of which lets get on with the scores!

For the performance and extreme settings, the GTX 670 Physics scores were strangely enough slightly better than the GTX 680. Perhaps the card managed to take some load off the the CPU allowing it to throttle more, we’re not sure. Another anomaly was that the 670’s overall score for Extreme settings was better than the 680. Other than that the scores were as expected it beat the HD 7970 in over half the tests. Click on the images to enlarge.

Again for Lost Planet 2 the GTX 670 performed decently at lower resolutions and settings, but scaled brilliantly at higher settings. At Max settings it beat the HD 7970 by a large enough margin. 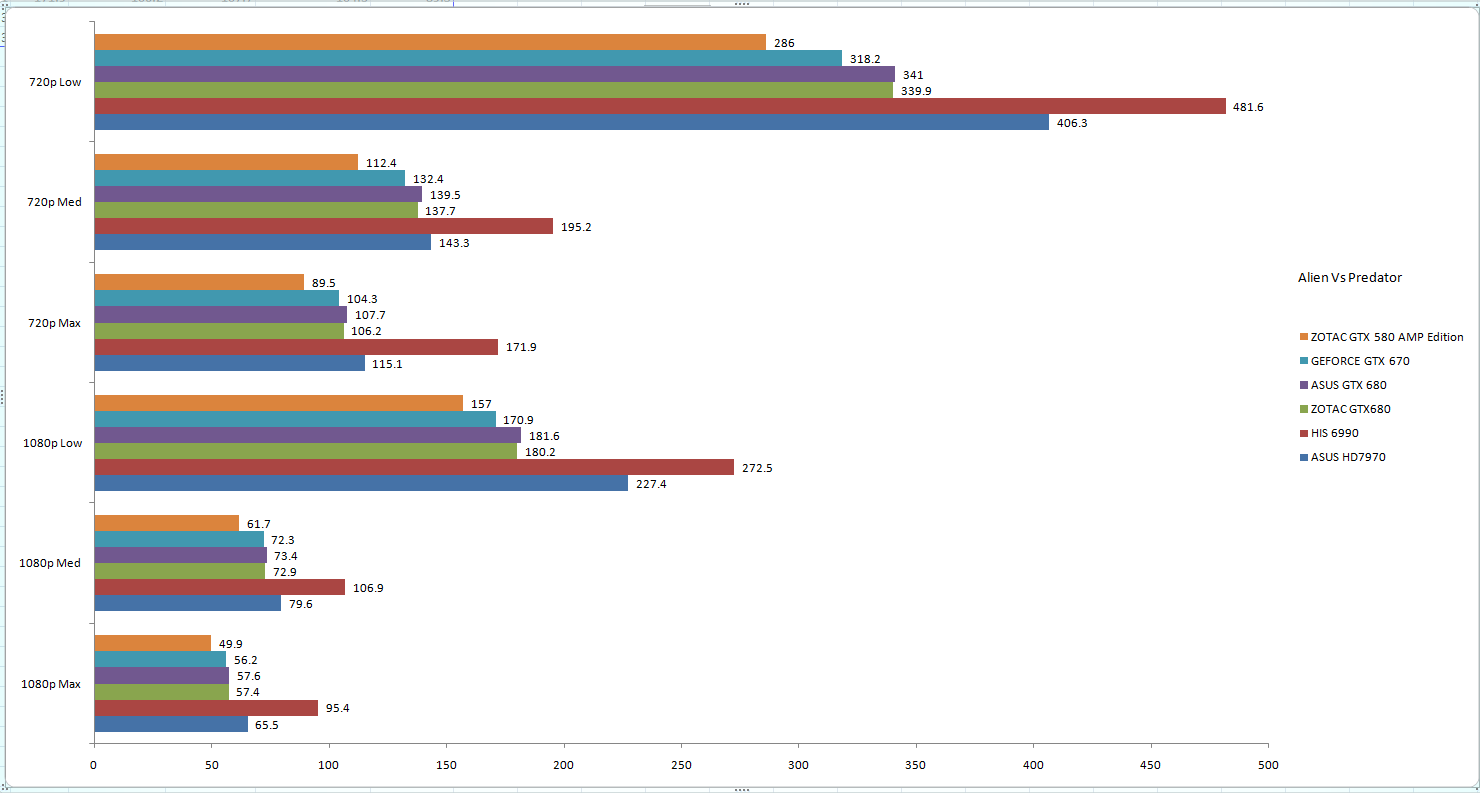 For this particular game we threw in the big bully HD 6990 into the fray and as expected every other card went scurrying for cover.

Although a synthetic benchmark we noticed the same oddity we noticed with Lost Planet 2. The GTX 670 performed slightly better than its older sibling the 680 in the max settings. The 680 was slightly ahead of HD 7970 in all the unigene tests.

Apart from the Zotac Card not playing well with RE 5, all scores were as expected.

Again look at the graphs. The GTX 670 performed strangely well for the Ultra settings. This card just seems to love to be stressed.

Verdict
The GTX 670 is a very capable card and it is almost astonishing to see it outperform its meatier, heftier sibling the GTX 680 in a few tests. Giving equal weightage to each test, overall the GTX 670 gives roughly 95 percent of the performance of the GTX 680. NVIDIA has given a recommended pricing of Rs. 30,999 for its reference cards. Vendors will tweak their designs but will price non-factory overclocked versions for around Rs. 29,999 (eg. Zotac). That makes the average 670 about Rs. 3000 cheaper than the GTX 680. So you're getting 95 percent performance for 90 percent of the price. A decent value proposition.