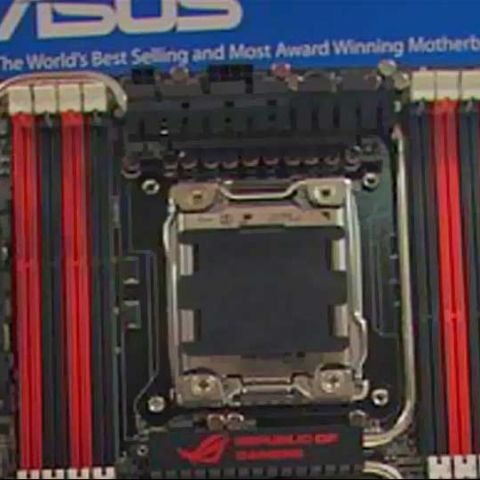 ASUS announced the launch of its new line of motherboards for the upcoming Intel platform. The ASUS X79 motherboards sporting the LGA 2011 sockets will replace the older generation of X58 chipset based boards sporting the LGA 1366 sockets. The LGA 2011 socket will house the second generation Intel Core i7 processor family for high end desktop which is expected to come out in November.

As is the case with most of its motherboard series, ASUS has broadly divided the X79 boards into the value oriented P9X79 boards, the mainstream TUF series of boards and the high end enthusiast Republic Of Gamers series’ boards.

Before we talk about each series separately, let us have a look at some of the features that you can expect in this new lineup of ASUS X79 motherbaords across all the three series.

ASUS SSD Caching: The Intel Smart Reponse Technology (SRT) technology will not be present on the E-Series of processors. To give users this feature found in the Z68 chipset based boards, ASUS SSD Caching has been enabled on all boards. It has a set of advantages over the Intel SRT such as quick setup, no limit on the SSD capacity (there was an upper limit of 64 GB in Intel SRT caching) and you do not need to reinstall Windows for setting up SSD caching. The onboard Marvell 9128 SATA controller is a dedicated controller for ASUS SSD caching. Advantages of the SSD caching feature includes quicker access of most used files, faster data transfer and faster booting up time.

Digi Power Control: As the new boards come with as many as eight DRAM slots (four dual-channel DDR3 slots) the new Digi Power controller has incorporated digital power control design for both the CPU and the DRAM. As a result, the overclocking possibility gets a boost on both the processor as well as the memory modules. You can control the current capability, voltage-frequency mode and power phase control for all the four modules of your memory. Under processor power controller, the ability to control system agent voltage (VCCSA) has been included.

ASUS BT GO 3.0: The 3.0 in the naming suggests that ASUS boards now support Bluetooth v3.0. It also allows wireless transfers over the 802.11 b/g/n networks. You can use Bluetooth and WiFi in tandem for purposes such as data transfer and data sharing. The Bluetooth module is on-board and can be controlled via the Bluetooth Control Centre utility on your system and a Bluetooth lifestyle app on your cellphone.

USB BIOS Flashback: You will notice a unique button on the back IO panel named BIOS. By connecting a clean USB drive and pressing the button, you can flash your BIOS without even needing to install the CPU and other hardware components.

UEFI BIOS additions: ASUS’s UEFI BIOS is one of the most good looking BIOSes among all that we have tested so far. With the X79 boards, ASUS plans to add a two new features – F3 Shortcut and DRAM SPD Information.

A screenshot of the Shortcut key in the BIOS mode

The F3 Shortcut will quickly bring up a list of settings that you most frequently use so that you don’t need to go searching each and every tab for your favourite settings. This really helps in speeding the BIOS setup as you can use F3 anywhere within the BIOS screen. With so many memory modules, it can be quite a task to find out which module is faulty and ASUS having recognized that need has incorporated the DRAM SPD information option in the BIOS which simply gives a status – OK for normal memory modules and Abnormal for faulty ones. The BIOS Print facility allows you to save BIOS settings page as a JPEG file for reference. 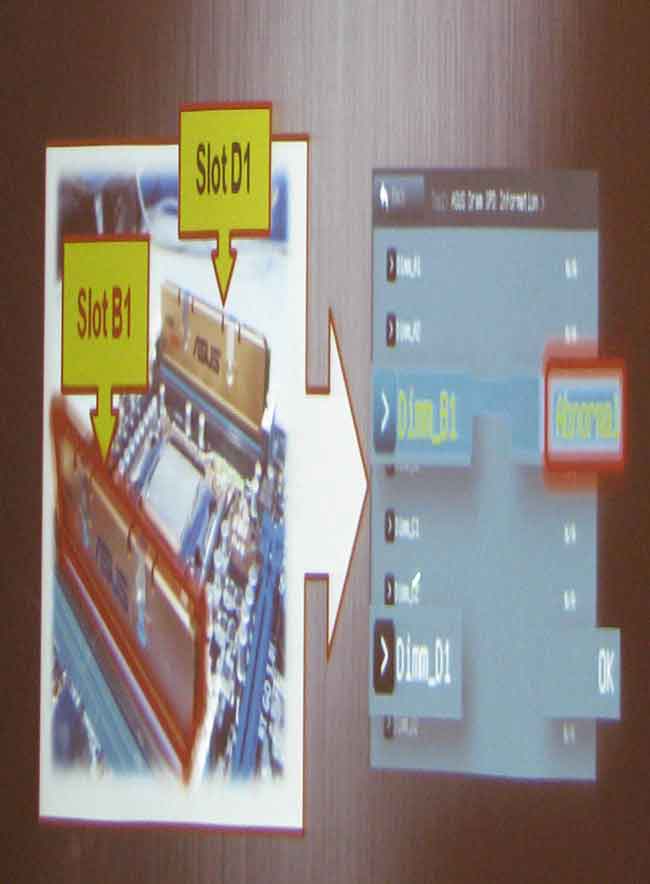 USB 3.0 Boost: The ASUS X79 boards support the USB attached SCSI Protocol (UASP) with an onboard UASP USB 3 controller and drivers, but you will need a UASP USB 3 device to use this feature. The USB 3.0 Boost tends to improve your traditional USB 3.0 speed when used in the UASP mode.

Take a look at the exclusive features of the Sabertooth The Ultimate Force (TUF) X79 motherboards, on Page 2...

ASUS X79 Sabertooth TUF board comes with a 5 year warranty and is meant for mainstream usage. It includes special TUF components such as ferrite chokes, solid state capacitors, etc which are military tested. But the two main highlights of these boards include the TUF Thermal Armor and the TUF Thermal Radar.

A look at the TUF series Sabertooth board

Jack Cheng, Motherboard Specialist ASUS R&D, explaining the features of the Sabertooth board

TUF Thermal Armor: The first thing that will strike you when you hold a TUF X79 board is the heatsink design. The TUF Thermal Armor as it is called has an interesting vent design which includes turbo fans on them to drive out the air.

In the top half, the thermal armor is located beside the left hand side DIMM slots and it covers the area between it and the back panel IO. A heat-pipe directs the heat generated by the VRM components to the thermal armor. The turbo fan atop the armor helps in directing the hot air outside the system.

In the lower half the armor covers the Platfom Control Hub. The stacked fin heatsink conducts the heat away from the X79 chipset and this hot air is then blown away by the turbo fan.
The airflow direction is on the left hand side and downwards for the armor plate beside the DIMM slots and the one above the PCH respectively.

Thermal Radar: The other highlight of the TUF board is the TUF Thermal Radar. There are as many as 12 embedded hardware sensors for real-time thermal detection including sensors for CPU, motherboard, DRAMs, USB 3.0 ports, PCIe slots etc. Using the ASUS Thermal Radar utility, you can manually control each of these temperatures by adjusting the fan speeds. Each individual thermal point can be monitored and controlled.

Read about the innovations on the Republic of Gamers X79 motherboards, on Page 3...

Innovations Galore on the Republic of Gamers X79 boards
The ASUS Republic of Gamers series caters to the high end gamers and enthusiasts, so innovative feature set is a given. But ASUS have implemented some seriously innovative ones on the Rampage IV Extreme, that we cannot wait to have a go at them.

X-Socket: Many a times with platform updates, the socket size changes. This implies changing your cooler. For a high end rig, the cooling solutions do cost a bomb, so when you have to spend another whopper sum on it for a new platform, it can get irritating. ASUS have introduced the X Socket on the ROG X79 boards which can house coolers from both the LGA 2011 socket as well as the older gen LGA 1366 socket.

OC Key: This is one feature that is sure to leave enthusiasts impressed. The OC Key is a separate accessory that is bundled with the board. It connects to your video card and there is one connection that goes to the motherboard. The OC KEY overlays your standard display with a transparency which gives you options for overclocking on the fly. It is basically ROG connect without the need for a separate display. It supports the OSD TweakIt and OSD Monitor utilities. The OSD works in the Normal mode (for everyday usage) and Extreme Mode (for professional overclocking). You get the option to adjust CPU clock frequency, voltages, etc as well as monitor temperatures on your screen in real time. This takes real-time tweaking to a whole new level as it is completely hardware driven.

Subzero Sense: Temperature monitoring requires the use of expensive digital thermometers. With the ASUS Subzero Sense, you can get the temperature on your CPU as well as GPU with the help of the Subzero Sense connector. It basically takes in a K-type thermocouple which plugs into the connector and gives out the temperature readings of the CPU and GPU. In the demo shown to us, the readings as reported by the Subzero sense were mirroring those seen on the digital thermometer, sometimes even registering quicker than on the thermometer. As it can measure temperatures upto -195 degrees Celcius, it comes in handy for enthusiasts using liquid nitrogen cooling, to see how cool the CPU can run.

Apart from these we see features from the older generation making an appearance such as the PCIe switch which helps in easy detection of a faulty card attached to the PCIe slots and the whole set of ROG exclusive features. The BIOS screen has some additions, one being the PCIe simulator. This basically gives you an idea of what speed configurations you will get if you place your cards in certain slots ie x16 or x8/x8. The PCH heatsink is similar to the one seen on the TUF boards with a turbo fan to drive the heat out.

ASUS has also announced a free Battlefield 3 game along with the purchase of the latest ROG Rampage IV Extreme board. Unfortunately, we could not get the prices of these boards from the ASUS reps.

We will put up a review of the boards as soon as the processors are launched. 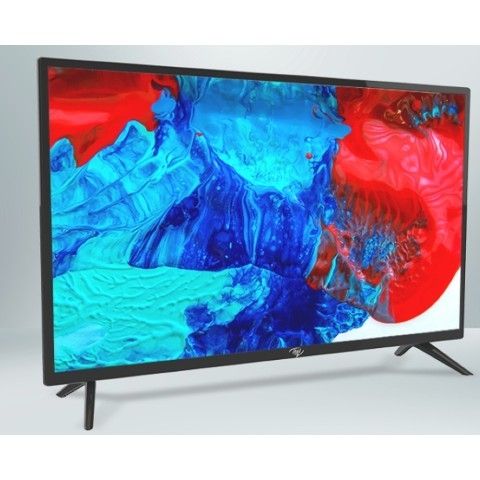 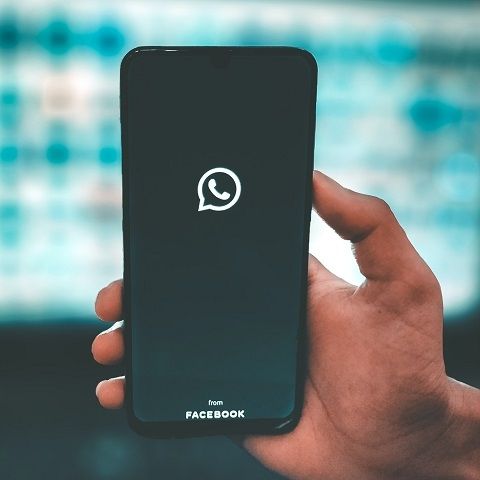