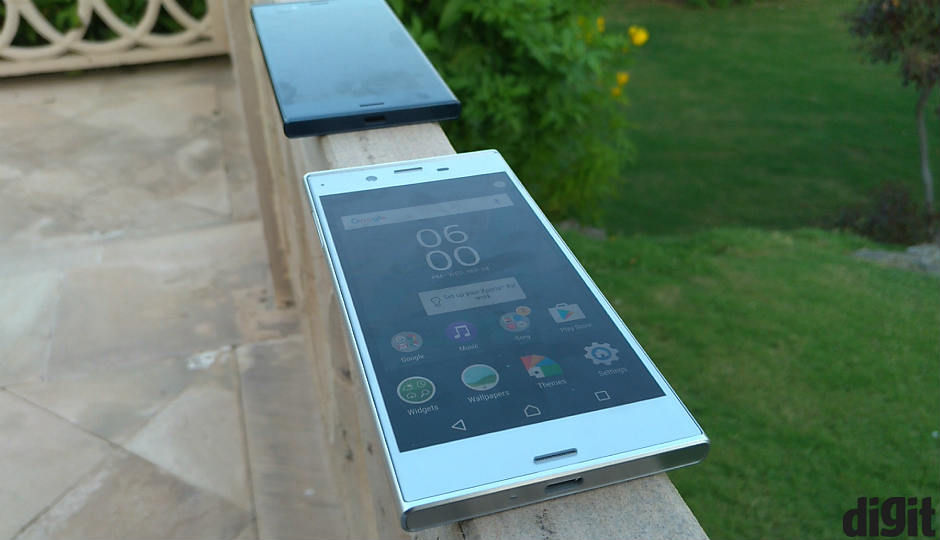 Sony has launched its latest Snapdragon 820 toting flagship smartphone, the Sony Xperia XZ, in India. Priced at an MRP of Rs. 51,990, the sturdy looking Xperia XZ can be yours at Rs. 49,990; Sony calls this their “best price”. Now before you go on to read how the device fared in the one day that I spent with it, click here to read about all the features and specification of the Xperia XZ.

Now that you’ve read what the Xperia XZ houses inside, here’s what I thought of the device in the 24 hours that I spent with it.

The XZ will definitely remind you of its Xperia heritage with a very familiar design. The sharp corners are reminiscent of the Xperia Z5 Premium or the X Performance (Which did not launch in India). However, Sony has updated the form-factor of the Xperia XZ with what it calls the ‘Loop’ design. Here, ‘Loop’ refers to the smartphone’s tapered edges and rounded sides, making for a comfortable grip. 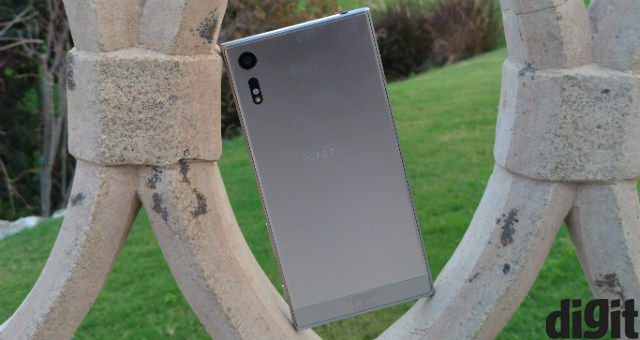 The back of the Xperia XZ is made from a special Aluminium alloy trademarked by Sony as ‘Alkaleido’. This gives the device a glossy yet smooth finish at the back and while the material itself is not too shiny, it attracts a lot of smudges and fingerprints, especially in the Platinum colour variant of the phone. The other two colour variants that the Xperia XZ offers are - Forest Blue and Mineral Black, which also attract smudges equally. That said, the Xperia XZ looks very premium and feels solid in the hand. The phone is also IP65/68 certified, lending to its dust-proof and water-resistant nature.  As far as the placement of the buttons is concerned, all the physical buttons can be found on the right side of the device; ranging from the power button/fingerprint sensor, volume rocker and the camera button right at the bottom. One can’t help but feel that the buttons on the device are not very clickable. They are made up of plastic and feel very out of place on the otherwise premium looking device. Although, it must be mentioned here that the fingerprint sensor of the Xperia XZ is quite responsive, fast and in league with other flagship devices.

There’s a hybrid SIM slot on the left of the screen, two front firing speakers, a USB Type-C port at the bottom, while the 3.5mm jack sits on top of the device.

The Xperia XZ offers a 5.2 inch full HD display, which is protected by Corning Gorilla Glass 4. We would have expected Sony to adopt the stronger Gorilla Glass 5 for a late 2016 flagship but sadly this is what you get. The Android onscreen navigation keys are found at the bottom of the sufficiently bright display. However, on closer inspection the colours of the display seem a little off and photographs tend to get a strange bluish tinge on them when viewed on the Xperia XZ. The same pictures when viewed on a large television screen did not show the the bluish tinge, pointing to a possible issue with our demo handset. Other than that, it’s a great display for those who are not too picky about colours. What’s interesting to note here is that Sony has backtracked on its display quality with the Xperia XZ as back in the day, the Xperia Z5 Premium featured a Quad-HD (3840 x 2160) display. Sony says that this decision was made to optimise battery life on the device, since 4K displays tend to consume more power. That said, Sony has not dismissed 4K displays completely and the company says they will come up with those in the near future. Why I said that this phone is for Sony loyalists is not only because of a very familiar Sony design, but also a very distinguishable Sony skin layered on top of Android Marshmallow and Sony says that the Xperia XZ will be upgradable to Nougat in the “coming months”. How many months? We don’t know and neither do they.

As far as the user experience is concerned, the Xperia XZ shows slights stutters and randomly shuts apps sometimes. In Sony’s defence, the final units of the smartphone are yet to be available and what the company shared with us is a demo unit. At least I hope that’s the only reason for this not so smooth experience when a number of apps are open and working at the same time, considering the device houses a Snapdragon 820 chipset inside.

The Xperia XZ uses the SwiftKey on-screen keyboard by default, which does not give users any haptic or sound feedback. Keyboard vibration can be turned on from the settings, but it still remains minimal, something Sony could have improved. 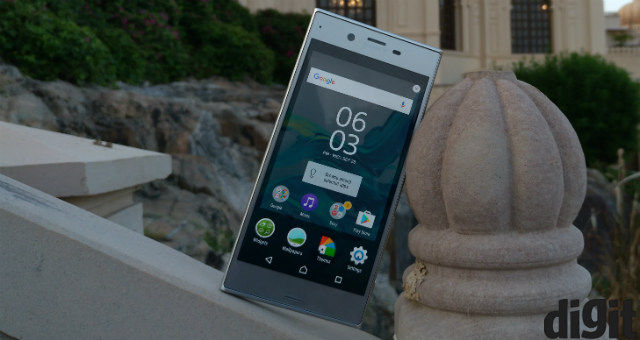 As I already mentioned, the Xperia XZ houses a powerful Snapdragon 820 processor with a 64-bit Kryo CPU, Adreno 530 GPU and 3GB of RAM. However, there seem to be some heating issues when it comes to the Xperia XZ, especially while using the camera app. The phone itself warns users that it might shut some functions of the device if it overheats (and it does), which is a definite let down. A few minutes of 4K recording also shuts down various functions of the phone, which is quite annoying. Although, I must say that we will only be able to determine the true extent of this issue when we run the device through its paces in our in-depth review.

As far as the internal memory of the Xperia XZ is concerned, it thankfully comes with 64GB of storage as compared to the 32GB variant that sells globally. The storage is also expandable up to 256GB, which is all pretty standard.

Oh how the camera on the Sony Xperia XZ confuses me! At one hand, it can take beautiful daylight shots and on the other it can refuse to render a clear image in low light. On paper, the phone comes with a 23MP primary camera and a 13MP front-facing camera, with an exhaustive list of features like - ‘Triple Image Sensing’, ‘5x Clear Zoom’, ‘5-axis stabilisation’, and so on. The problem is that it’s very difficult to see the strength of the Laser Autofocus and Predictive Hybrid Autofocus in actual photography. While the camera performs very well in brightly-lit situations (requiring less processing power obviously) and daylight, it starts to assign unrealistic colours to photos if the light dims even slightly. I would rather not use the LED flash because it not only makes everything appear blue, but it distorts the image quality. The Superior Auto mode in the camera is set to shoot at 8MP by default and if you do need to photograph in 23MP, you need to select the same from the settings menu of the camera app. The camera takes a while to focus on objects and one needs to be very still to get that perfect shot. However that's not the case when it comes to shooting videos. The 5-axis stabilisation actually works brilliantly on the device, making videos smooth and jerk-free. Other than that, objects appear very small if they are at a distance and zooming in takes away from their very definition. I was told this was also happening due to the phone unit being a demo piece, but other industry reviews did confirm my thoughts.

For those who are looking for an added professional touch in the camera, the Xperia XZ offers manual control of shutter speed (13 different speeds), white balance and focus. Tinkering around with the camera app will take a while as it is quite slow and complicated, but the result is a much improved quality of images when compared to the Superior Auto mode. One thing to note here is that is that the option for 4K recording is hidden away in the , as camera apps section as opposed to being there in the video settings menu, small oversight by Sony perhaps. Given that, Sony has made sure the Xperia XZ is future proof as it may just be the only device that can shoot 4K videos in H.265, a format that allows double the data compression than H.264 files. So even though H.265 encoding is not very popularly supported and used, the Xperia XZ makes sure you have it when the format is more widely used.

The Xperia XZ is powered by a 2900 mAH battery package and Sony has adopted adaptive charging for the same. Called Qnovo adaptive charging, the smartphone actually shuts off the flow of current once it reaches 90% charge. As per usage patterns, the XZ will charge the phone the rest of the way once it knows the time you will actually start using the device again. This adaptive behaviour is picked up after a while of usage and in the one day that I used the phone, it did charge all the way to 100% when I left it charging overnight.

So that’s all we have for you when it comes to the newly launched Sony Xperia XZ. We will come back with a complete review of the smartphone in a few days. Until then, keep it with Digit for all the latest from the world of smartphones.

Jio Phone 5G expected to be the cheapest 5G phone in India: Here's how much it could cost
Apple iPhone 14 assembly begins at Foxconn facility in India, but what about other iPhones
Google Pixel 7, 7 Pro confirmed to arrive in India
Chinese mobile companies are reportedly shifting plants away from India: Here's why
You can now get an iPhone 14 within minutes via Blinkit in India
Advertisements