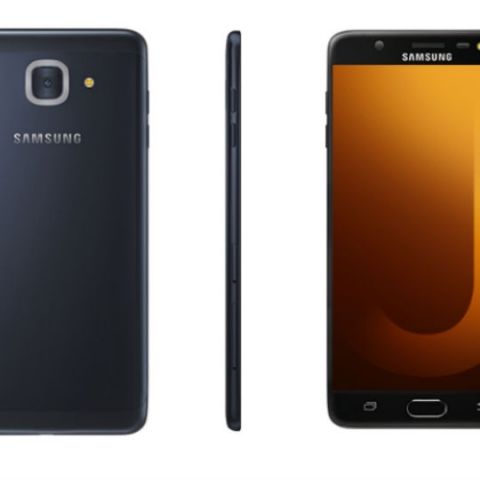 Samsung has launched two new smartphones in its popular mid-segment J7 series. With the Galaxy J7 Max and J7 Pro, Samsung is targeting the digitally-savvy Indian consumers; those who prefer using wallets and cards instead of cash, impose face filters for every selfie they click, and share multiple posts on social media in a day. Essentially, Samsung wants to grab the attention of the millennials and the Galaxy J7 Max, J7 Pro are just the right tools for that. Here's what we though of the devices after spending some time with them at the launch event.

Let’s start with the J7 Max

The less powerful of the two, the Galaxy J7 Max bears a large 5.7-inch Full-HD display, but unlike the J7 Pro, it has a TFT panel instead of a Super AMOLED display. The phone is well built and sports a metal unibody. The build quality of the Galaxy J7 Max is pleasing to the eyes and to the touch, the only hiccup being its large form-factor which could be problematic for those who prefer one-handed use. 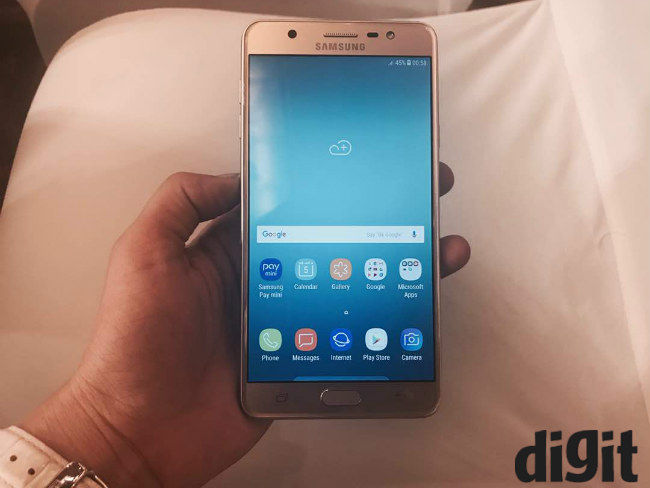 In the performance department, the J7 Max uses an Octa-core Mediatek processor clocked at 1.6Ghz. We were expecting Samsung to launch the device with the Exynos 7870 SoC, but that’s not the case. It has 4GB RAM and 32GB storage (which is expandable). The entire package runs on a 3,300 mAh battery. The phone comes with Android Nougat out of the box and that is always a good thing. On paper, the J7 Max sounds like a decent performer and should be able to handle all the basics well, but we will reserve further comments for our review.

In the camera department, The Galaxy J7 Max features two 13MP cameras, one at the front and one at the back. Both cameras are supported by a LED flash for low-light photography. Samsung is betting big on the photography skills of the 2017 J7 devices, and to attract younger buyers, the company has added a feature called Social Sharing in the camera app. Social Sharing allows users to instantly share images and videos on social media platforms. Users can opt to send images to their Whatsapp contacts, Facebook or Instagram. The options popup on the right side of the screen as soon as an image is clicked. But first, one has to swipe right on the camera app and select the ‘Social’ option from a menu before clicking a picture. 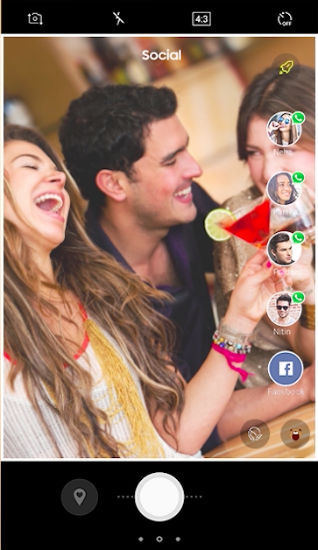 The Social skills of the J7 Max’s camera don’t end here. Samsung (like everyone else in the world) has borrowed the face filters philosophy from Snapchat. So, you can turn yourself into a deer or a clown, slap some funky sunglasses on your face or turn into a cat. You know how this goes. We got to spend about 10 minutes with the phone and at first, it was difficult to locate the filters as they were buried back in the Social menu. The camera app was a tad slow, but the lag was barely noticeable. Another cool camera feature allows users to click pictures of their surroundings to bring up suggestions for restaurants, coffee shops, shopping centers, and more.

Another funky visual addition to the camera is a square shaped outline surrounding the primary camera. The surrounding glows to indicate new notifications on the phone and the feature is called Smart Glow. The function reminds us of those small detachable tags that would start glowing right before an incoming call; the one that could be fixed on older phones through lanyard slots. 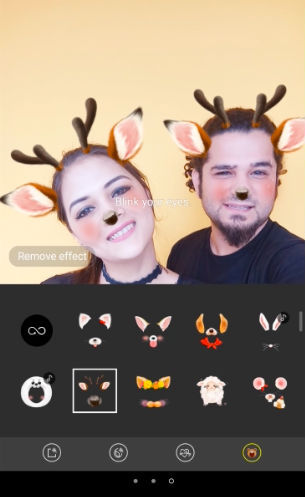 Samsung had recently launched its digital payments solution, Samsung Pay, in India. With the J7 series, Samsung wanted to bring the payment method to mid-segment devices as well. The Galaxy J7 Max houses Samsung Pay Mini, the first phone in India to do so. Samsung Pay Mini is meant not just for Samsung devices, but for all Android devices. The only difference between Samsung Pay Mini and its full-fledged version is the absence of the ability to add debit/credit cards as payment methods. Instead, Pay Mini users can only use UPI or Paytm to make payments.

Moving on to the Galaxy J7 Pro, the device has a smaller 5.5-inch FHD Super AMOLED display. In terms of specs, the Galaxy J7 Pro differs from the J7 Max in the RAM, storage, SoC, and battery department. It has 3GB RAM (lesser than the J7 Max), 64GB storage (expandable and non-hybrid), an Octa-core Exynos processor (which we believe is the 7870) clocked at 1.6Ghz, and a 3600 mAh battery pack. 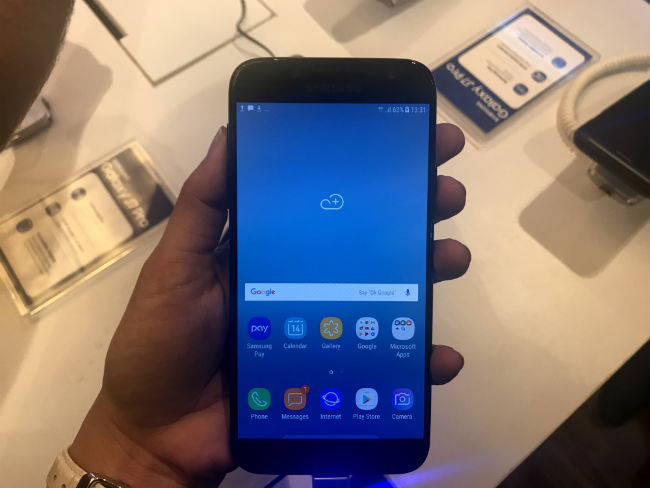 On first impressions, the build-quality of the device seemed pretty good and the phone feels great to hold. From the two colour options, Gold and Black, we prefered the latter, which gave the device a very premium look. The display quality of the J7 Pro is, of course, far better than the TFT screen on the J7 Max. Also, the J7 Pro houses the full version of Samsung Pay as opposed to the Mini version on the J7 Max.

At Rs 17,900 and Rs 20,900, the Galaxy J7 Max and J7 Pro are both good looking devices with a bunch of appealing features. How they fare against competition is something we will have to wait and watch; that is, until after our in-depth review of both smartphones.

iQOO 7 series to be available via Amazon in India, confirms company
Poco India will not launch any new devices in May, will extend warranties of select customers
'Apple Days' sale on Flipkart offers discounts on iPhone 12, iPhone 12 Pro, and more
Apple's folding phone could launch in 2023 according to analyst Ming-Chi Kuo
See how new-age video creators capture the raw beauty and hidden gems in India with the OPPO Reno5 Pro 5G
Advertisements