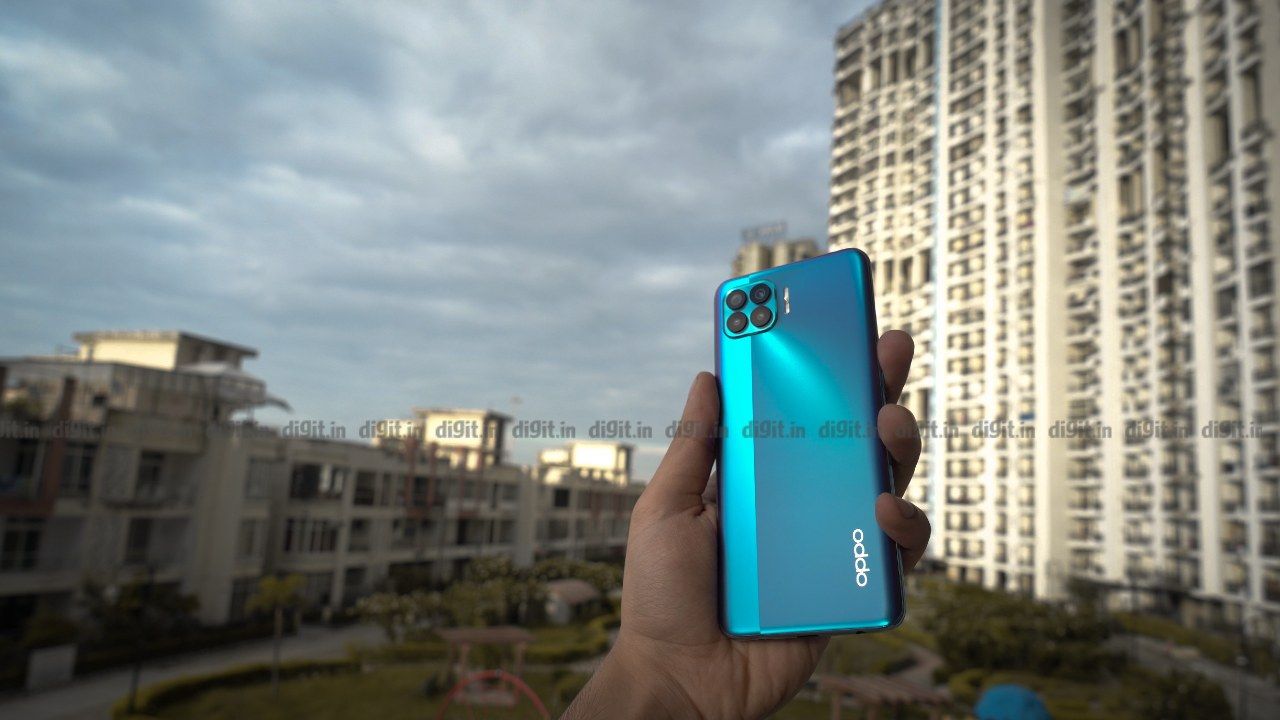 The Oppo F-series has always been quite popular in India, especially in the mid-range segment as stylish mid-rangers that go big on the design and the cameras. The F17 Pro, that launched today in India, continues to preserve that ancestry and presents a combination of budget performance and premium features. The performance is handled by the MediaTek Helio P95 SoC, last seen on the Oppo Reno3 Pro. At that price, it certainly wasn’t competitive enough to take on its rivals. Yet, Oppo’s formula of outfitting multiple cameras and going for a decent-enough display has so far worked in its favour. Can the Oppo F17 Pro help maintain the momentum? The answer lies in the phone’s camera performance.

With a MediaTek Helio P95 SoC, the F17 Pro was never intended to rival the likes of the OnePlus Nord, or the Realme X3 in terms of performance, but going by the camera hardware, it should pose a strong challenge. That’s what we wanted to examine while reviewing the smartphone, and by the looks of it, there’s still work left to do for Oppo. For the full review, check the video at the end of the article. 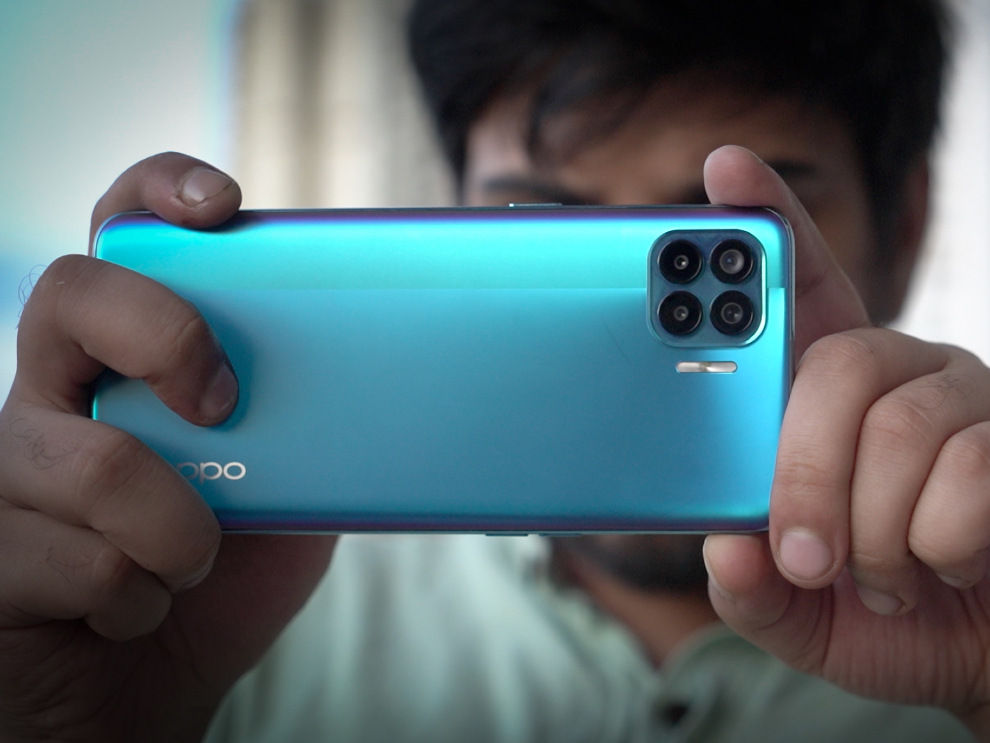 With a total of six cameras on the body, there’s certainly no dearth of options. Or is there? For one, the rear camera stack consists of a 48MP primary camera, an 8MP ultrawide camera and 2MP mono sensors. It’s the last bit that’s jarring. I’ve never come across a smartphone that deploys two of the same camera modules, and Oppo doesn’t even specify what each of these two sensors are meant for. I’m assuming one is to calculate depth information, but is the other present to emulate colour filters? But that could easily be done using software. What then was the need for a second mono sensor? We’re still scratching our heads on that.

On the front, the Oppo F17 Pro rocks a 16MP selfie shooter accompanied by a 2MP depth sensor, which completes the camera hardware. The camera app has a few interesting new additions like a colour pop mode, a tripod setting in the Night Mode, and portrait video support. Here’s how the images come out — 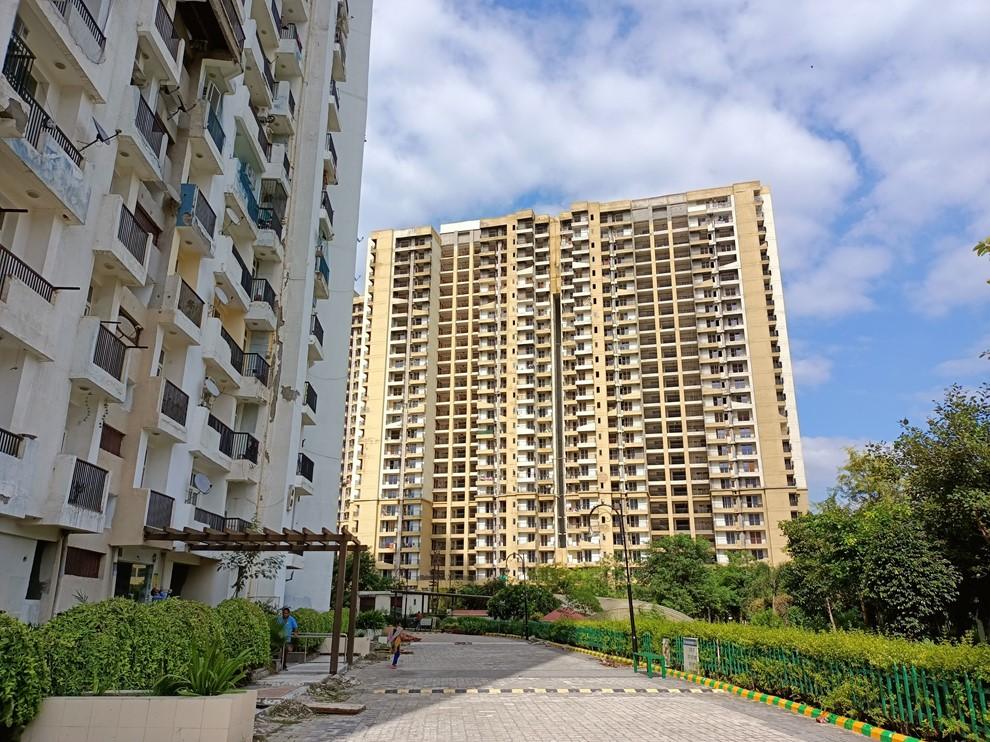 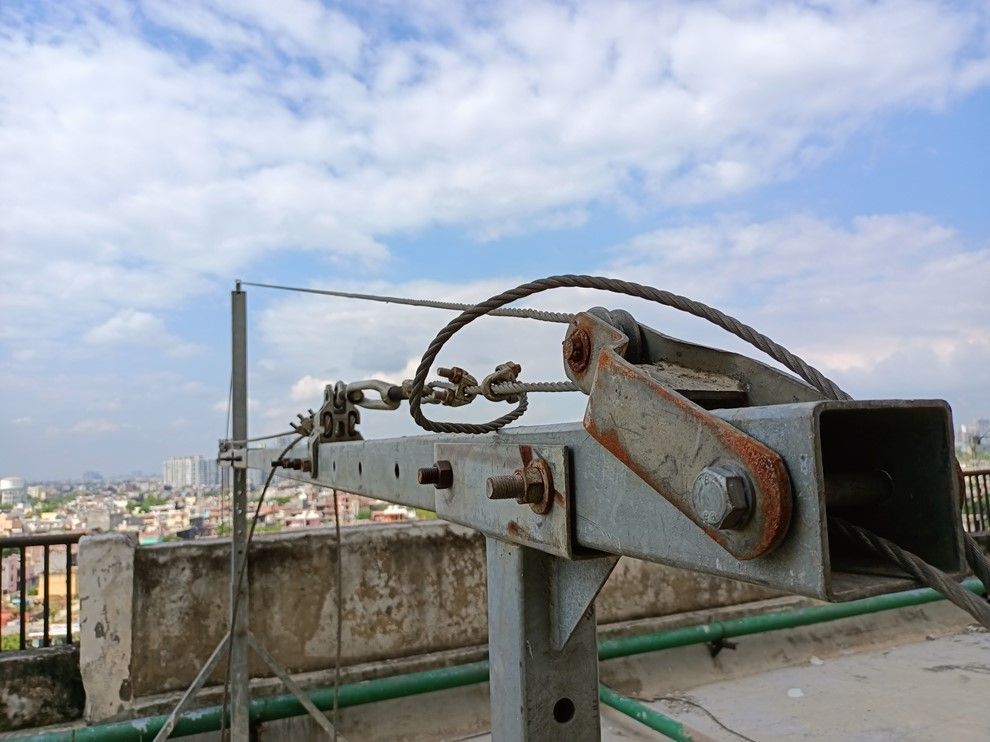 Given good light and if the subject a little further away from the lens, the Oppo F17 Pro outputs images that look bright and vibrant. But zoom in a little closer, and you’ll see the details are all smudged due to excess post-processing done by the AI algorithms in the name of improving the photos. Due to the higher saturation and increased contrasts, the photos appear to be sharp, but looking at the corners and the edges of the buildings, it’s clear that sharpness is not consistent. 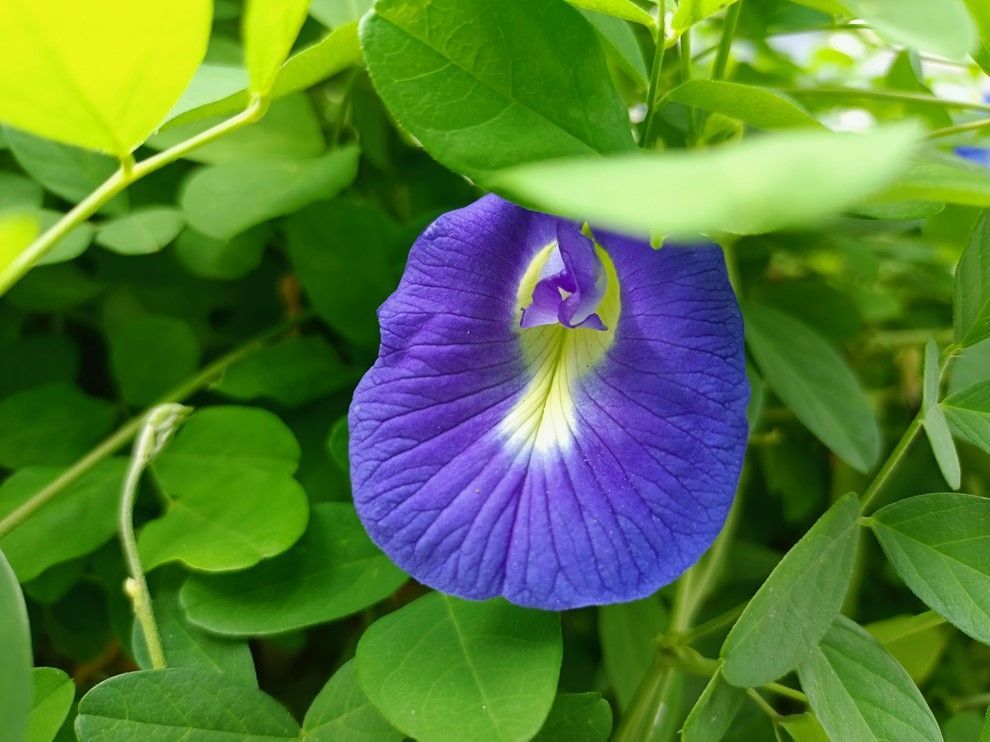 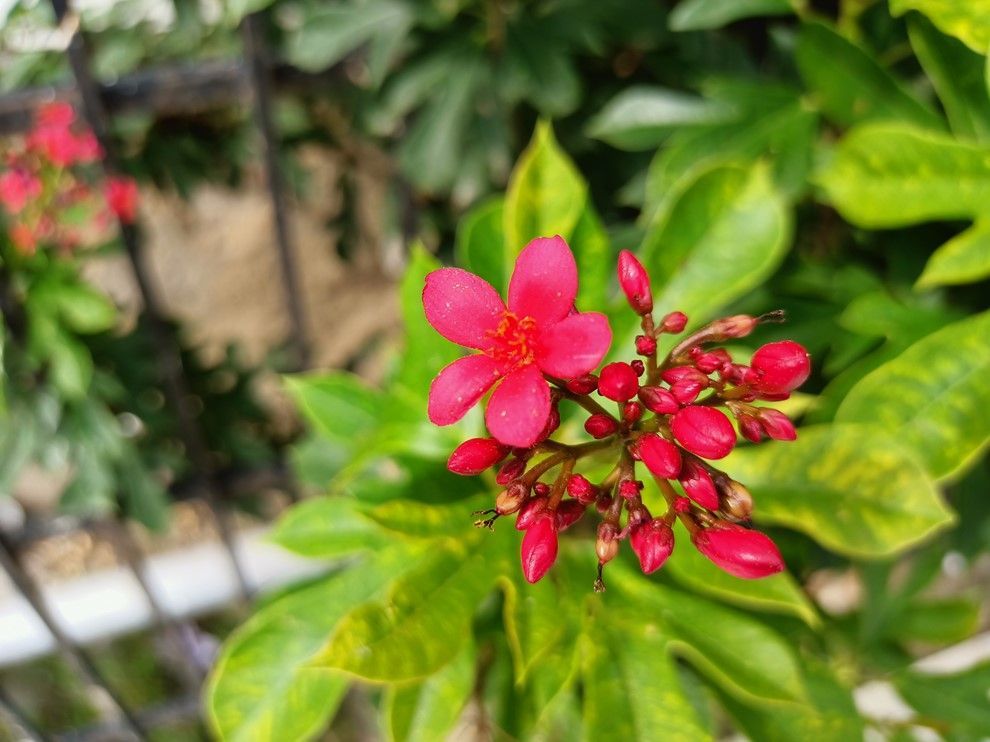 These two photos highlight the extra saturation we observed previously. The leaves appear too green while the blue and the reds are saturated to the extent that it looks completely different from how it actually looked. Having said that, going closer seems to bring out the details as is evident from the photo of the blue flower. 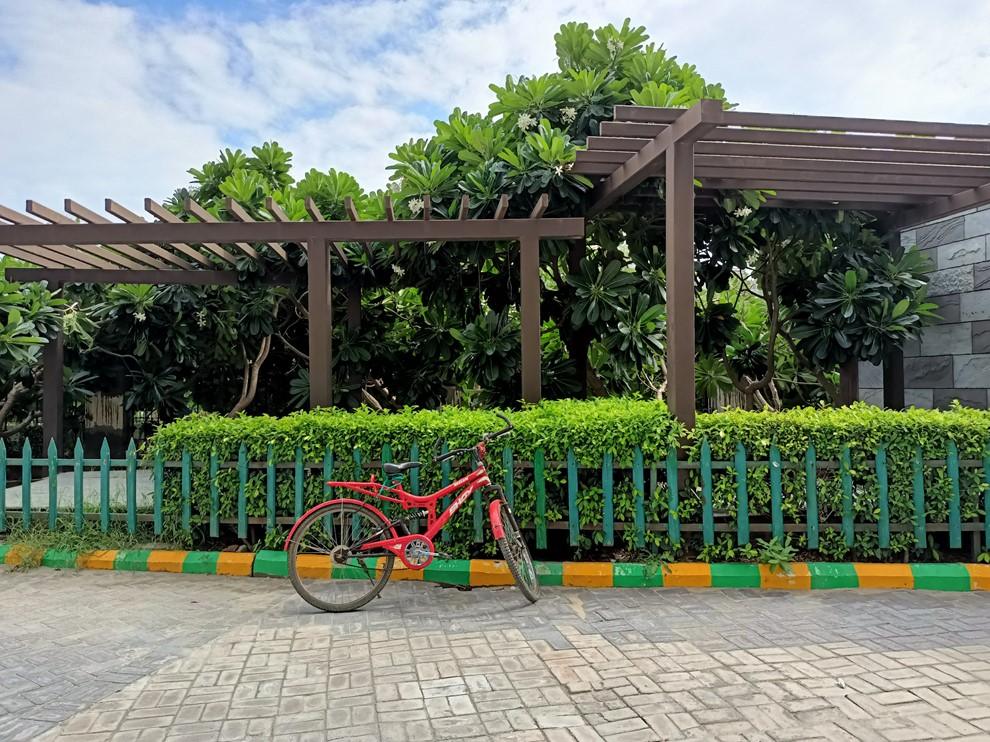 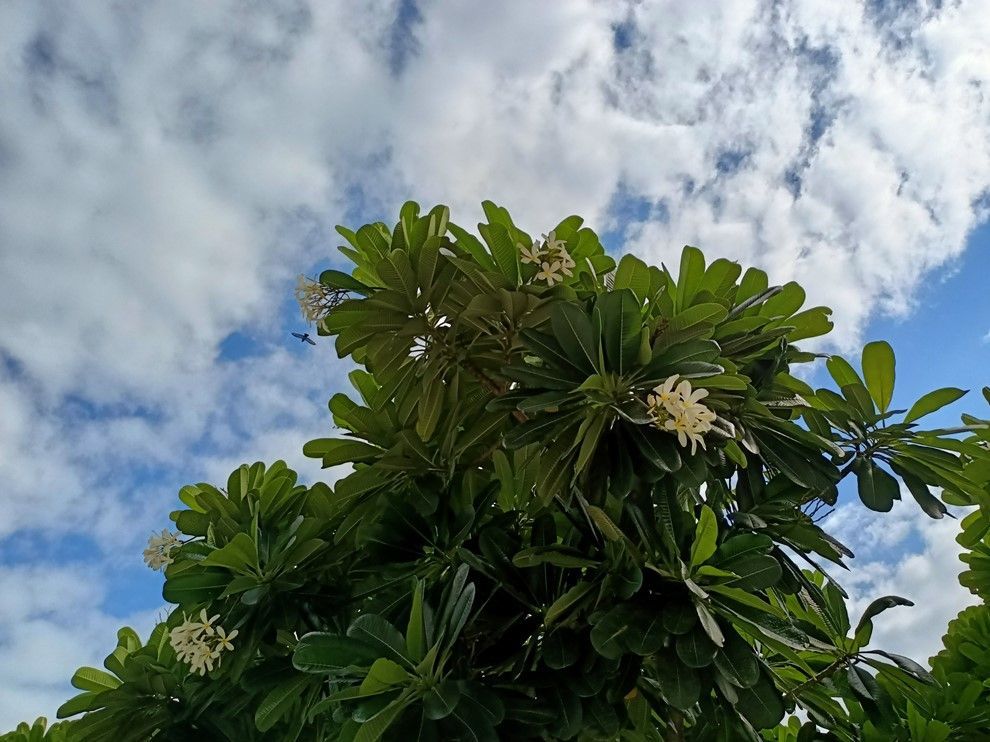 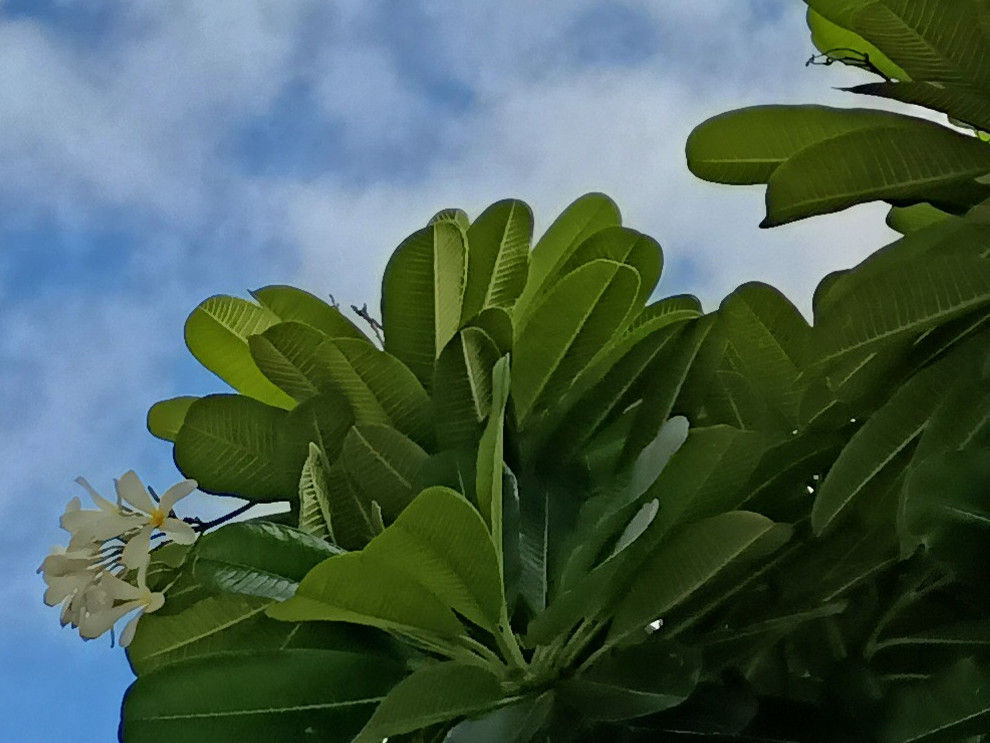 The dynamic range is also lacking, as compared to other smartphones in this segment. We have noted far better dynamic range from the Realme X3 and the OnePlus Nord, and the Oppo F17 Pro has a lot to catch up. The F17 Pro has to rely on aggressive HDR algorithms to bring out details in the shadows, but the end result looks way too over-processed for anyone’s liking. 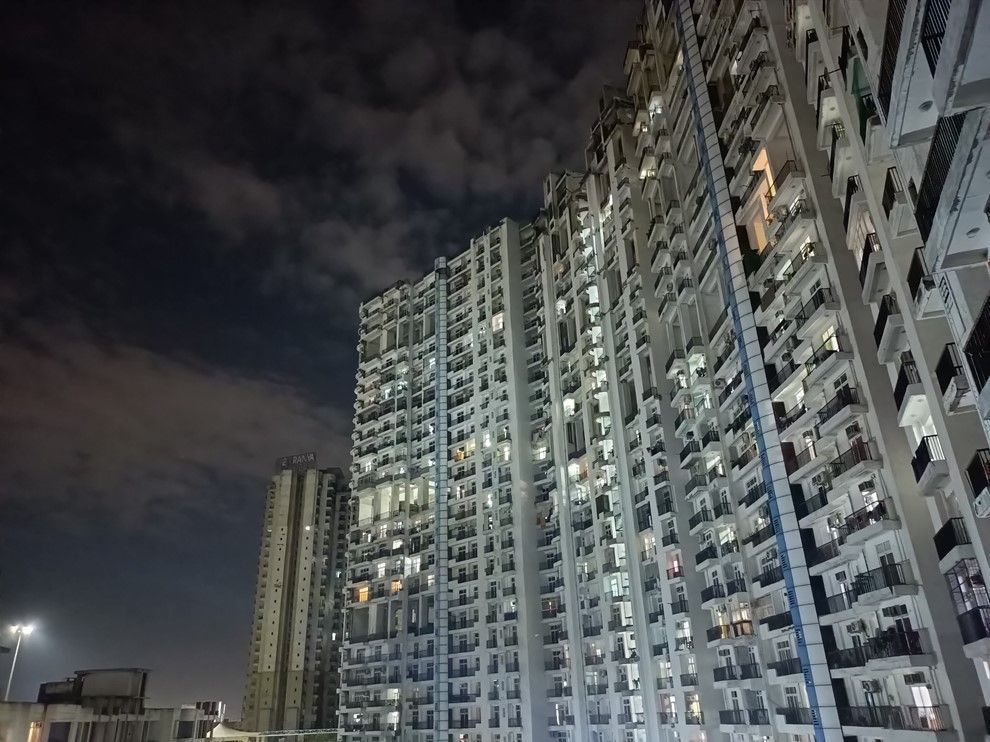 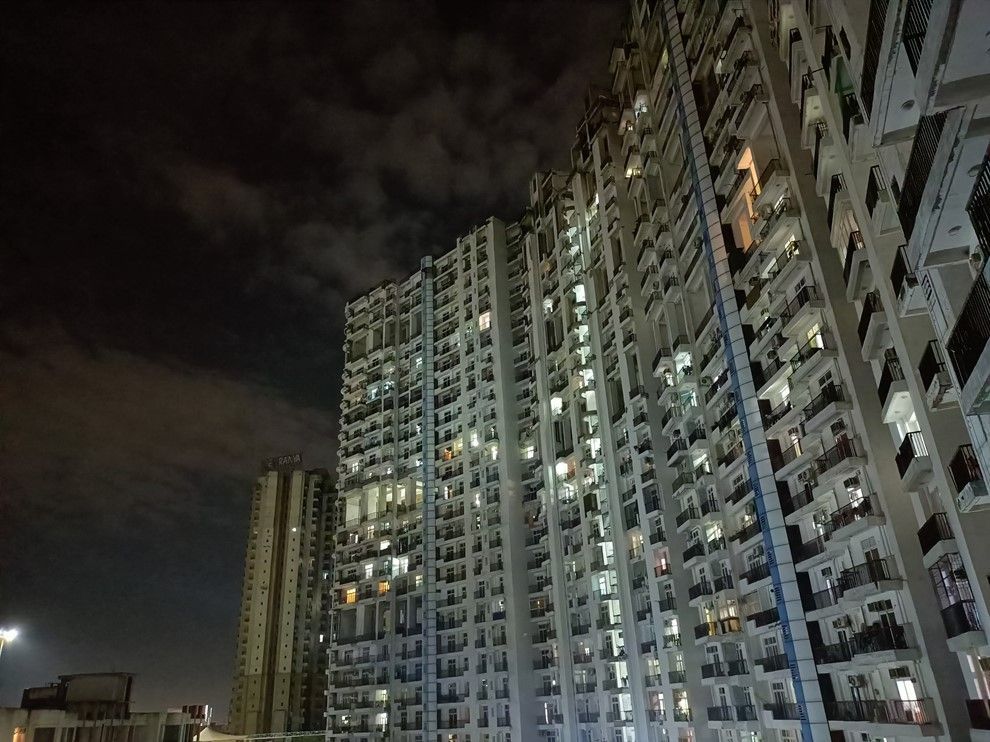 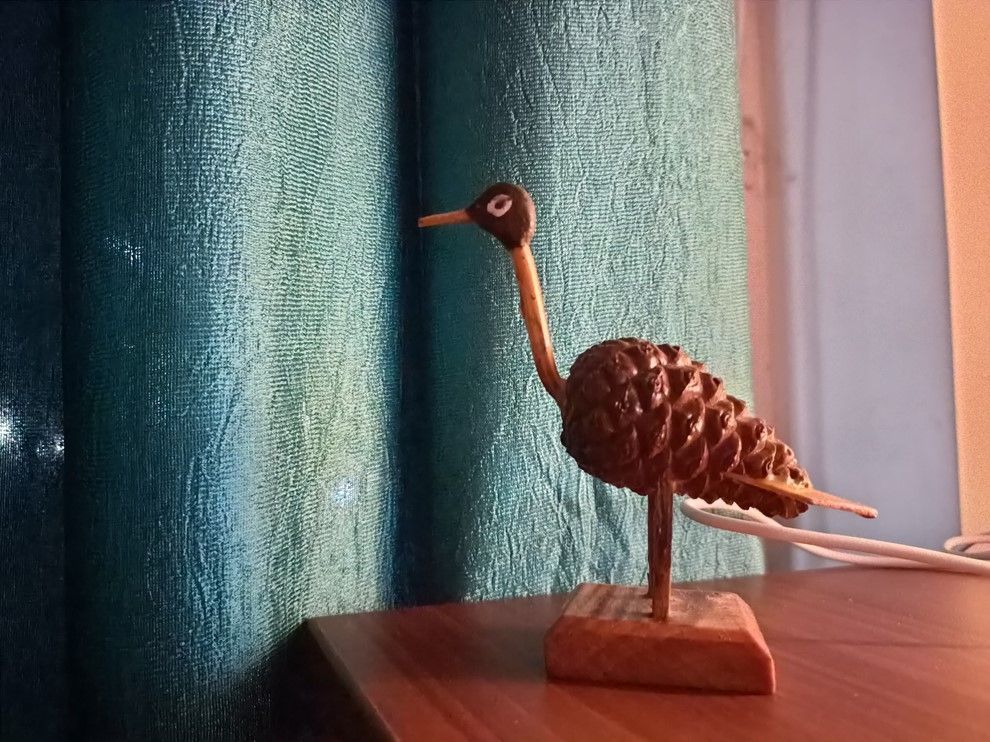 The Oppo F17 Pro does come with a dedicated Night Mode which makes use of multi-frame capture and noise reduction to make low-light photos brighter and more detailed. In theory, at least. In reality, the night mode can be improved much further. The photos do come out bright, but there’s just no detail when you zoom in. And between the Night Mode and the normal mode, the difference is primarily in brightness. 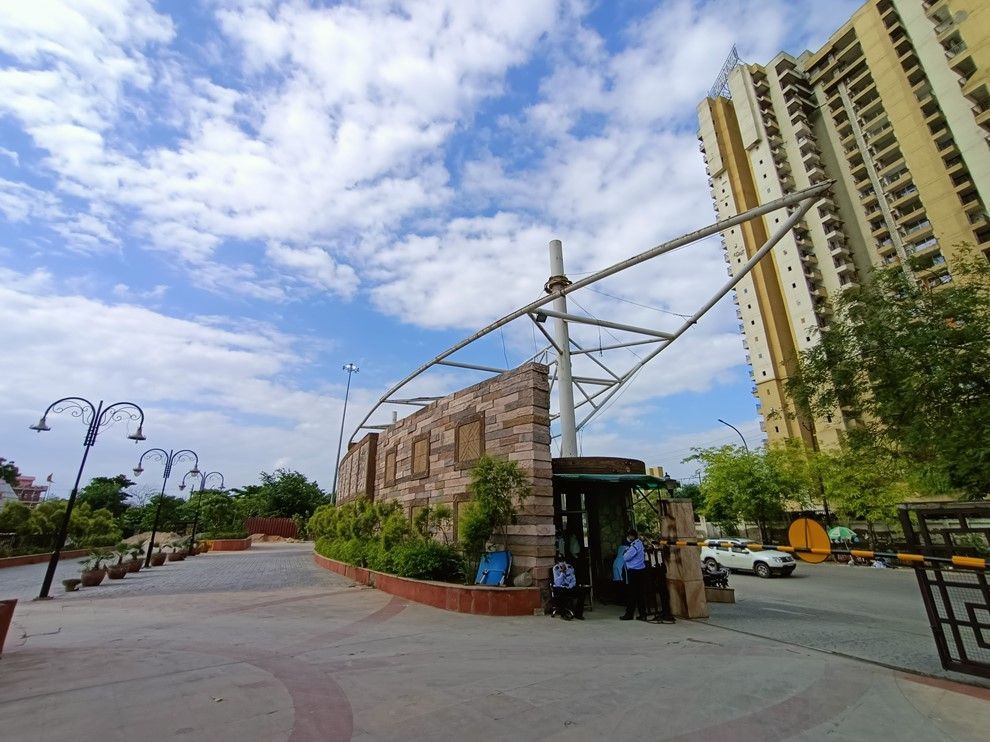 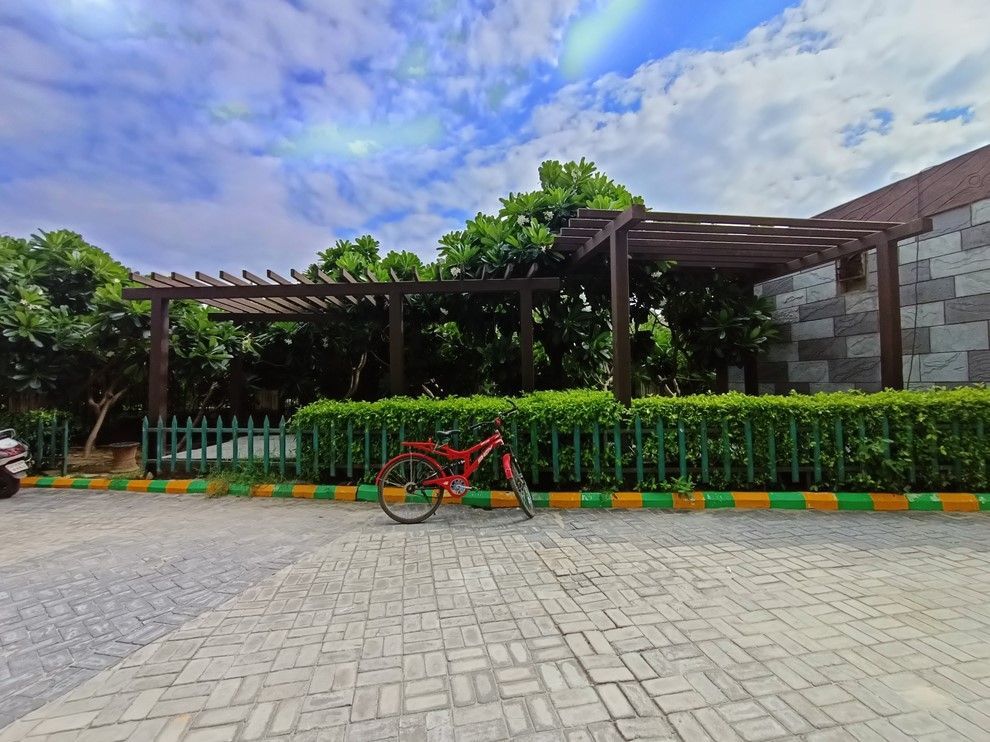 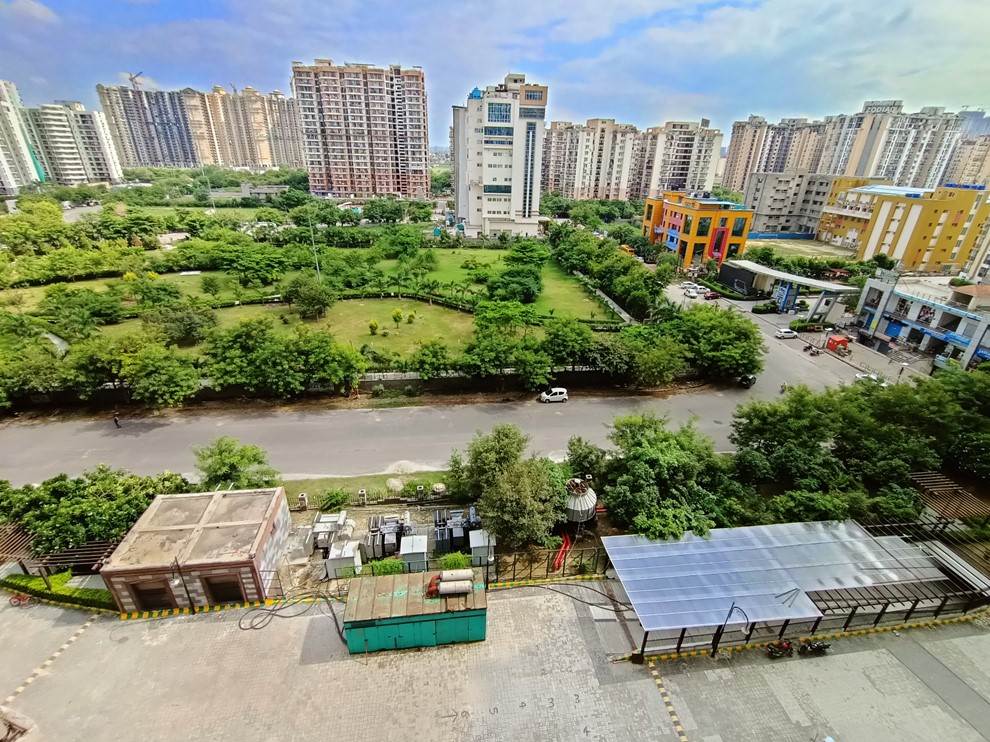 The Oppo F17 Pro also comes with an 8MP ultrawide lens that suffers from the same issues. Highly saturated colours boosted contrast, and lower dynamic range. Taking an HDR shot from the ultrawide lens also results in significant fringing along the edges. 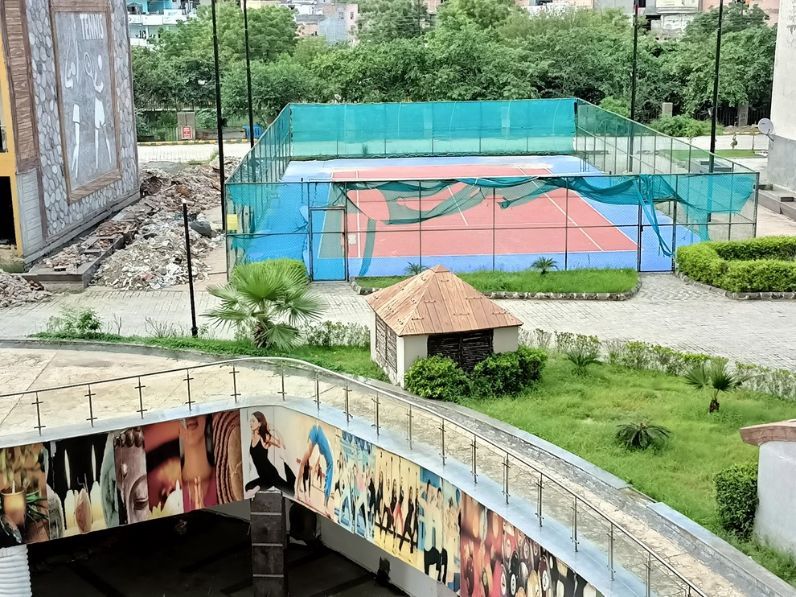 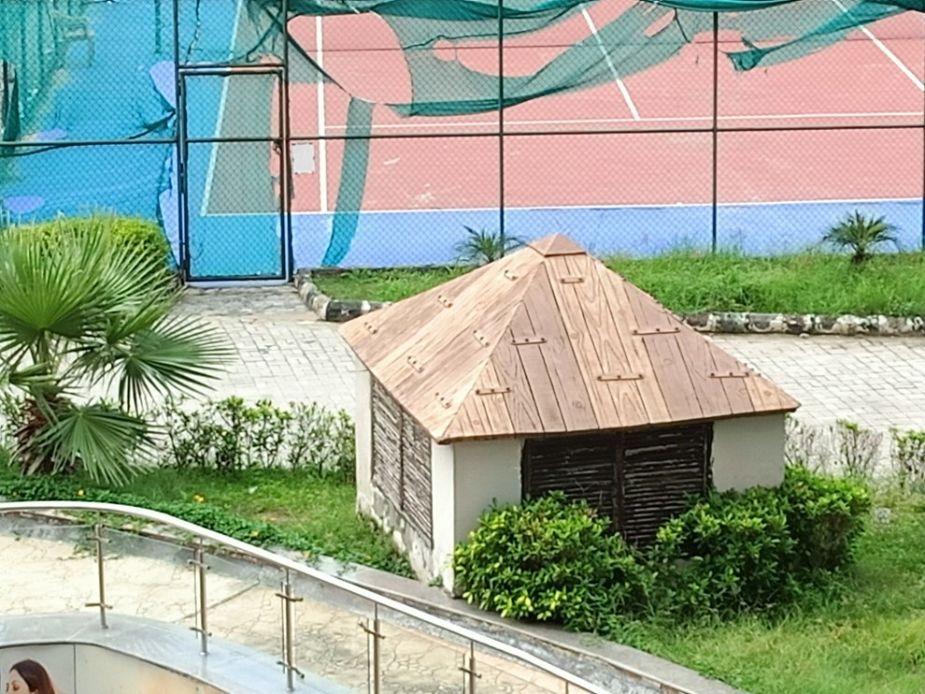 The Oppo F17 Pro does not have a dedicated zoom lens. Instead, it crops the output from the 48MP sensor to take photos at 2x and 5x zoom. The results, quite expectedly aren’t comparable to a telephoto lens, which is common in phones priced as much as the OPPO F17 Pro. 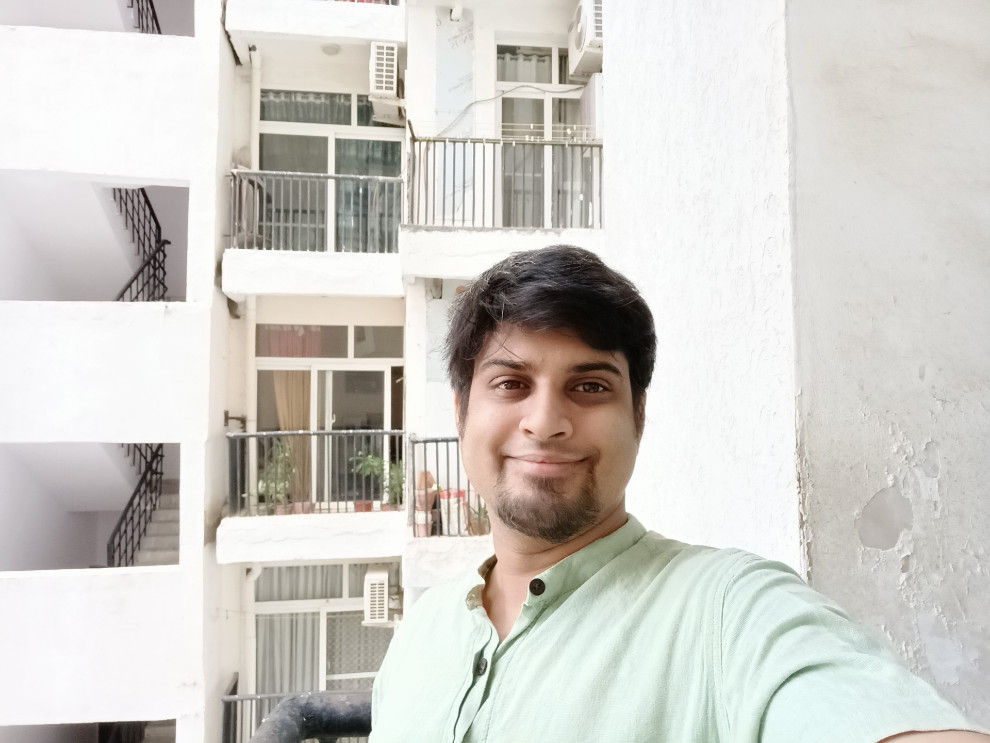 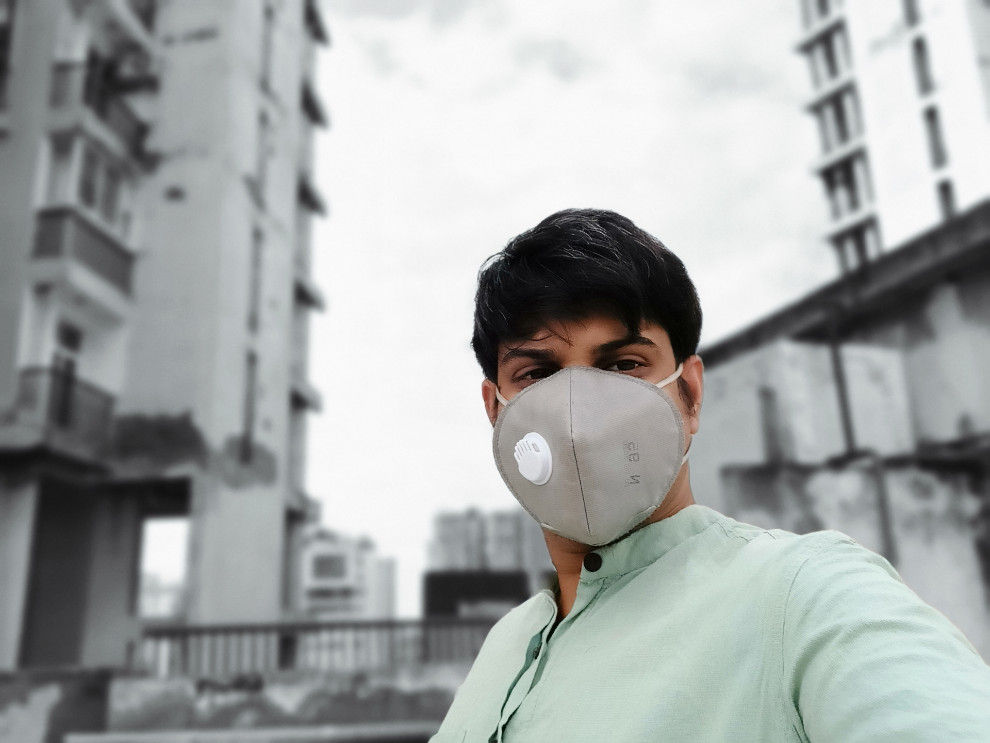 The 16+2MP dual selfie setup also offers some interesting features that’ll delight vloggers and short video creators. This includes portrait video and anti-shake algorithms, and both of them can work together. The result is quite neat with the face in focus and the background clipped and blurred. However, it also made the white hairs on my head more apparent, and make me look older than I am. Not done, Oppo.

The F17 Pro’s video capabilities include 4K, 1080p and 720p videos with an ultra-stable mode baked in along with the same portrait video mode. The quality of the videos, however isn’t the best. 4K videos have no stability whatsoever and shake with every move, and the output looks over-processed. The 1080p output is the slightly better and when combined with the ultra-stable mode, there’s significant tearing in the frame due to an aggressive EIS algorithm.

Taking all this in, the Oppo F17 Pro does promise a lot of features in the camera. But the output itself can be improved a lot more. The 48MP primary camera is common in this segment. Some even offer a 64MP camera. And dual selfie cameras are also not anything new. What Oppo got right with the camera is enabling a host of features to entice and encourage vloggers and short video creators, but at the same time, with aggressive post-processing and a lack of attention to offering more flexibility makes this a smartphone unfit for enthusiasts. Watch the video for the full review.