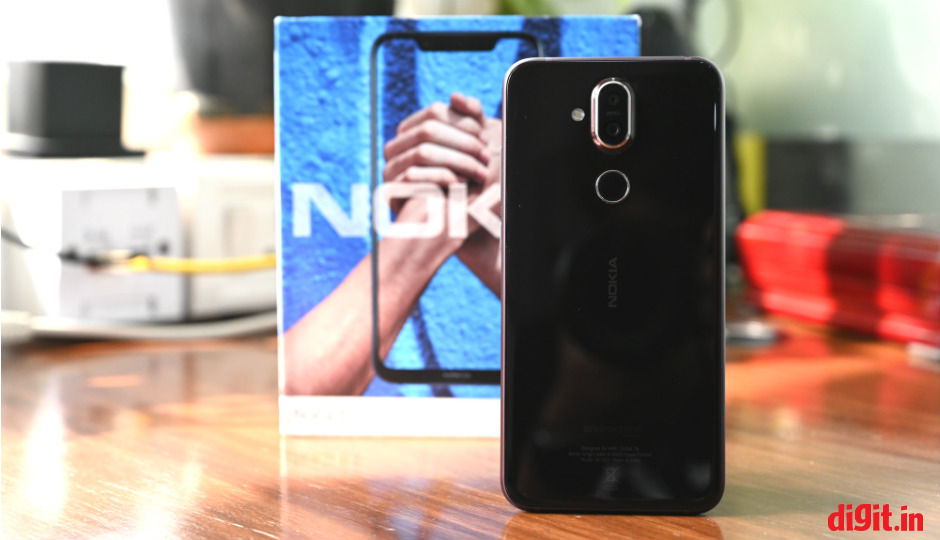 2018 has been a good year for Nokia phones. HMD Global kept delivering phones that performed consistently smooth, even though the spec-sheet wasn’t as attractive as phones from Xiaomi, Realme or Honor. Most of the offerings, however, have been launched in the mid-range to the upper-mid range segment. The Nokia 8 Sirocco could be called a flagship, but it was more of a refinement of the company’s flagship from last year. The Nokia 8.1 was expected to be that elusive flagship from the company this year, as the name would have suggested. But it seems Nokia has still saved the best for later. The Nokia 8.1 turns out to be quite similar to the Nokia 7.1, but with a newer Qualcomm Snapdragon chipset. The phone was recently announced for global markets in UAE and it will be available in India from December 22 at a price of Rs 26,999.

Digit.in was at the Qualcomm Snapdragon Tech Summit in Maui, Hawaii where we had the Nokia 8.1 with us. We used the phone to take photos mostly, watched a few movies on the flight, took some videos and browsed social media. The phone, as has been the case for most Nokia-branded Android phones, performed smoothly enough. It is powered by the Snapdragon 710 SoC which Qualcomm positioned as a bridge between its mid-range and flagship chipsets. It brings on board a new big.LITTLE arrangement that promises higher efficiency. After using it for a few days, here’s our first impressions of the Nokia 8.1 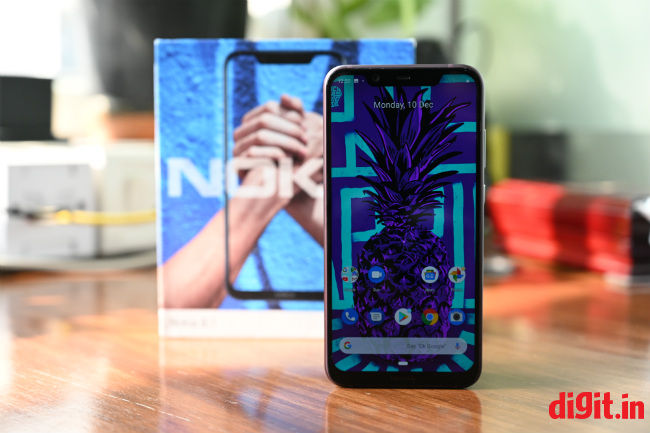 Part of what makes HMD Global an easy brand to love is the fact that it can leverage all the year’s worth of research done by Nokia back in the days. The Lumia brand, once upon a time, introduced new technologies, most of which have been adopted by others much later. Nokia had a patent that could improve the contrast ratio in LCD displays in high-end Lumia phones that made them look far superior than their rivals. 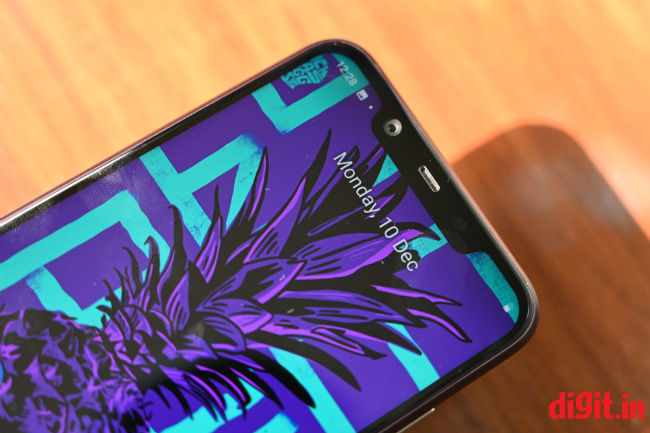 In the Nokia 8.1, the technology has been improved further to include HDR10 certification along with a promise of 1500:1 contrast ratio. It’s essentially an HDR display with 1080p resolution. Stretching to 6.18-inches with a pixel density of 408 ppi it’s quite bright and vibrant. The higher contrast ratio does improve the picture quality, but it’s just not as bright as say, the OnePlus 6 which we used since it was readily available at the time of testing.There’s also has a huge notch on the top which comes in the way of an otherwise fine display on the Nokia 8.1 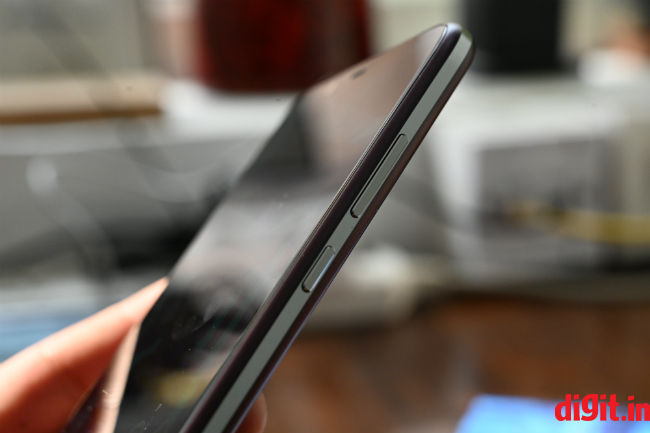 The Nokia 8.1 is a beautifully crafted phone.  It’s a study in symmetry with every design element on the rear panel arranged in a single vertical plane. Rounded corners also make the phone feel quite compact while the dual-tone colours are subtly classy. It’s also a bit heavy owing to a large battery, and the stainless steel chamfers make the Nokia 8.1 easy to distinguish. Nokia has been consistently offering classy designs and the Nokia 8.1 is no different. It could be argued that it looks quite similar to earlier Nokia devices that had come with a notch, but that doesn’t take away from the beauty the phone is. 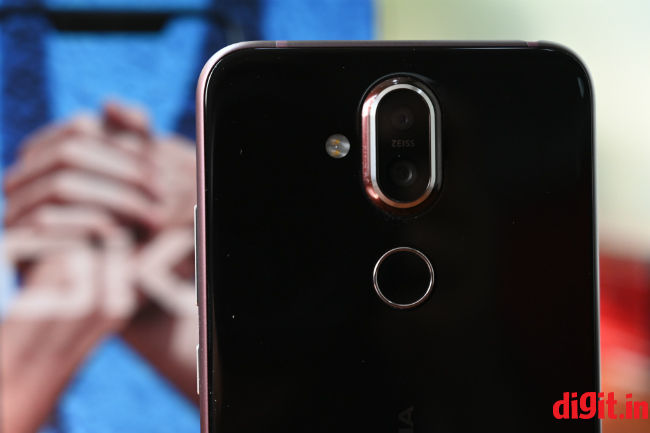 So far, most Nokia phone that had the “point 1” label in their name skipped on offering good cameras. That’s not the case with the Nokia 8.1. Even though the shutter felt a tad slow, the quality of the photos make up for it. The Nokia 8.1 sports twin camera units made in collaboration with Zeiss optics. It’s a long-drawn collaboration that HMD Global rekindled with the Nokia 8 last year. The Nokia 8.1 even bring the Pro Camera App that makes shooting photos with manual settings easier. The photos we took in Hawaii came out quite good and we’re still figuring out whether it was the place or the camera itself that made the photos look so good. You get a 12MP primary lens with f/1.8 aperture paired to a rather large 1/2.55" sensor with 1.4um sized pixels. There’s another 13MP camera with fixed focus which we believe is being used as a depth sensor. Furthermore, the camera on the back supports OIS along with dual-pixel auto-focus. 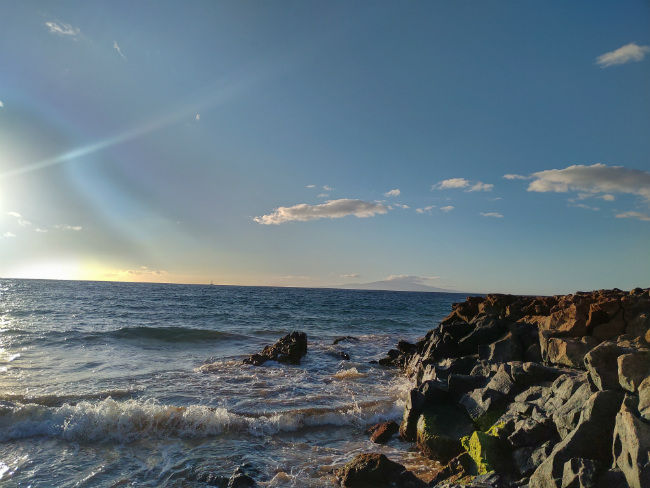 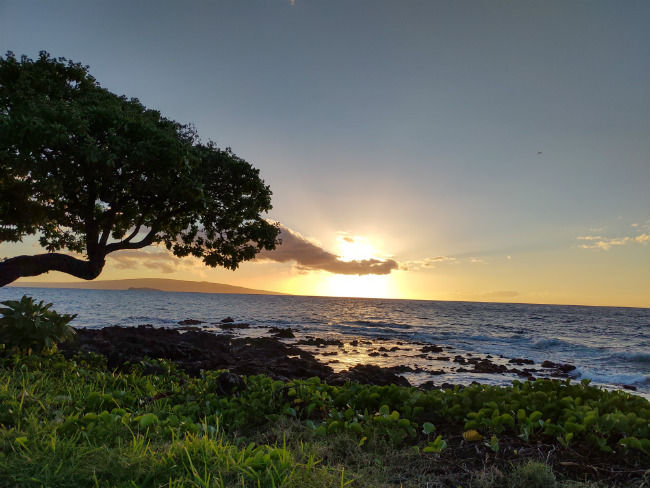 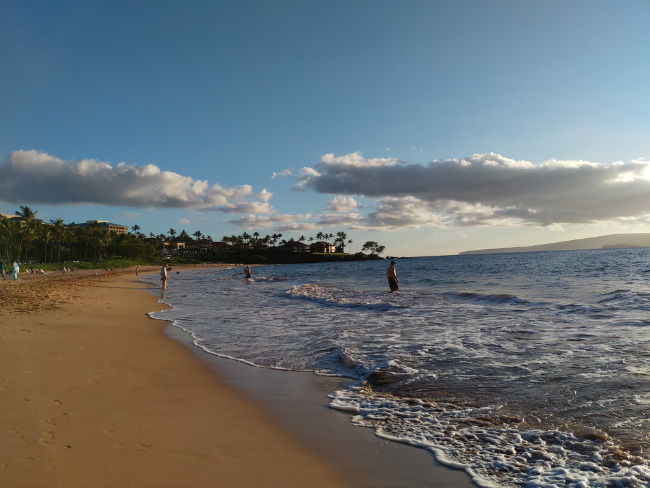 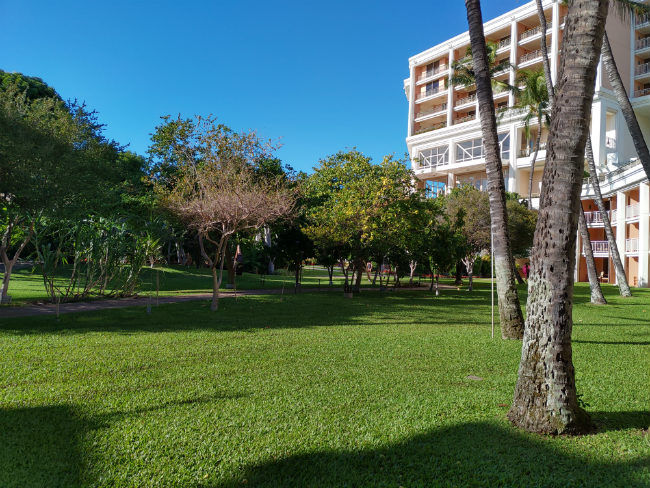 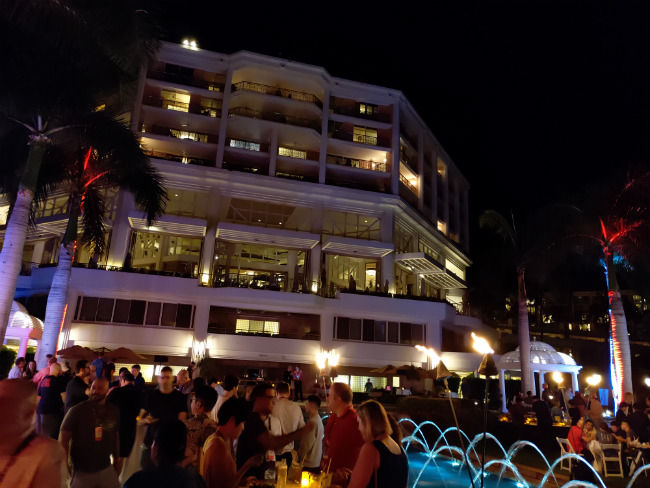 We particularly like the phone’s camera performance while taking daylight photo. It produces sharp details with warm, vibrant colours that look quite good on the display. On the front is another 20MP sensor with pixel-binning technology that managed to good selfies, even against harsh sunlight.

Snapdragon 710 under the hood 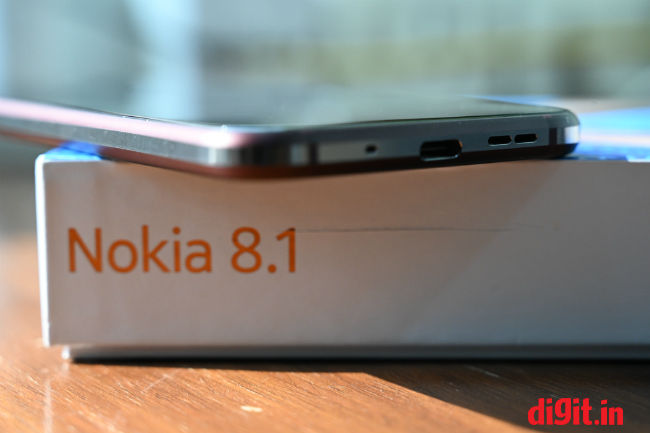 The Nokia 8.1 is more powerful than both the Nokia 7 Plus and the Nokia 7.1 that it resembles so closely. It falls short of being an out and out flagship for the lack of a Snapdragon 8-series processor, but the Snapdragon 710 is quite an interesting chipset that we look forward to testing. It features two Kryo 360 Gold cores clocked at 2.2GHz and six Kryo 360 Silver cores clocked at 1.7GHz. The chipset is optimised for offering higher efficiency. It even sports the AI Engine that’s there on the Snapdragon 845 which relies on the CPU, GPU and the DSP to process AI tasks. The AI Engine is used in the camera for recognizing scenes and to optimise the battery via Android 9’s Adaptive battery.

Android 9 Pie out of the box 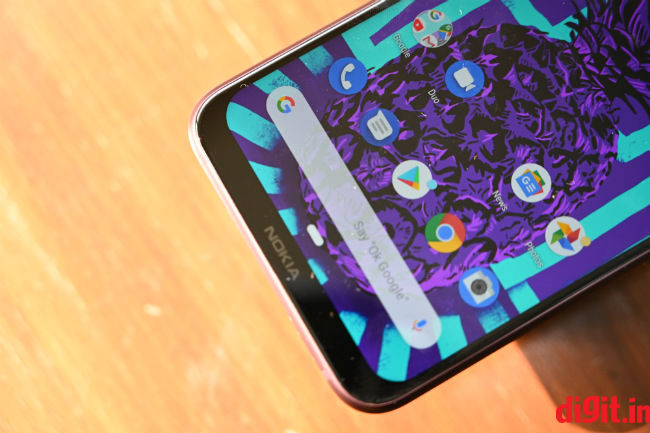 Like all Nokia phones released this year, the Nokia 8.1 is also Android One certified. This means that it comes with the latest Android 9 Pie out of the box. Android 9 brings new gesture navigation along with a refreshed stock Android UI. There are other deep-seated optimisations as well that make smartphones run smoother and make the most of the performance. What the Nokia 8.1 doesn’t have is the Digital Well-being app that Google promised will be present in phones running the latest Android version. The Nokia 7.1 that we tested was riddled with bugs and couldn’t offer an overall good performance. How the Nokia 8.1 performs in our intensive tests remains to be seen.

The Nokia 8.1 looks classy and premium with an edgy design. The display on top is also far superior than we have seen in other high-end devices and the Snapdragon 710 surely looks promising. Even the camera seems like a decent performer and all things combined, the Nokia 8.1 surely looks promising. Despite everything, it’s still not the flagship device we were expecting from Nokia. Perhaps, HMD Global has one final card up its sleeve before the year comes to an end, but it now seems unlikely.