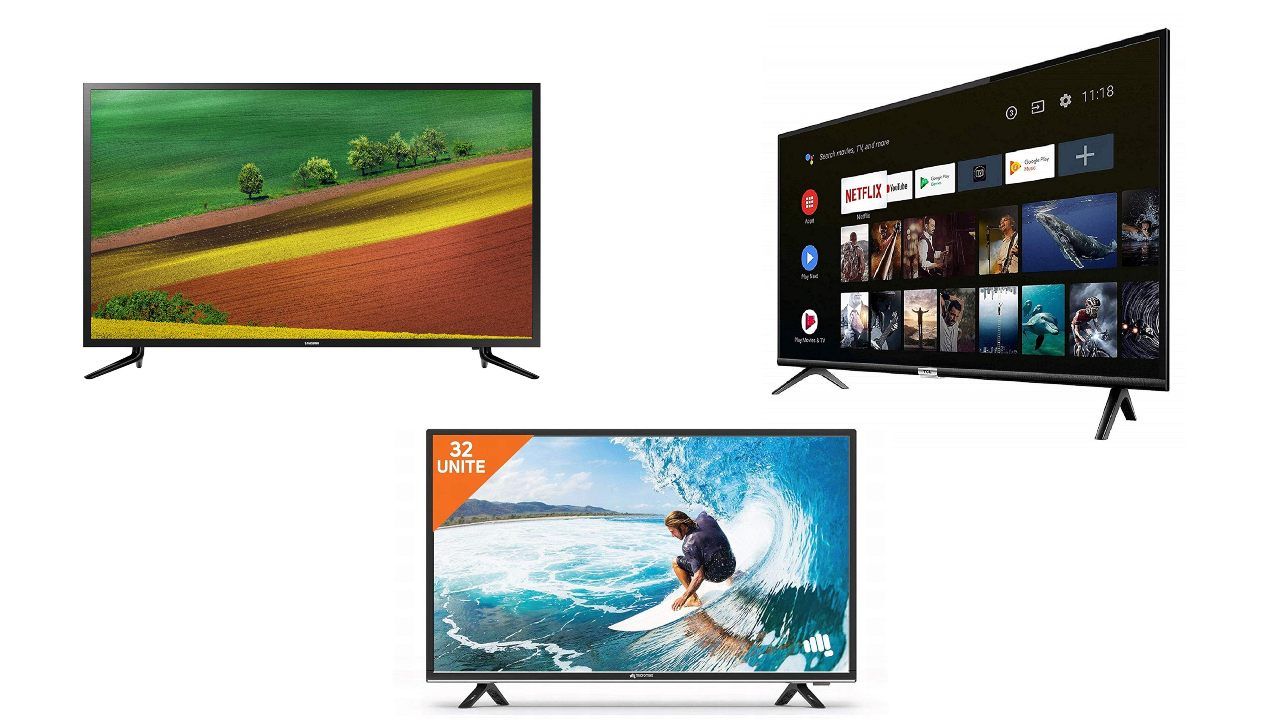 Televisions were once the primary gadgets, which one considered but they now more of a secondary device, after smartphones. However, this also means that TVs are becoming more affordable and are coming equipped with better features. Televisions come in sizes ranging from 32-inch to a massive 146-inch TV that takes up an entire wall. Here, we are talking about some 32-inch budget TVs that are good for a smaller, secondary display you can install in your home where the viewing distance is about 4 feet.

The Samsung UA32N4310 TV is a 32-inch HD ready LED TV, which means it can play 720p videos easily. One gets two HDMI ports that can be used to connect consoles, computers and more. There’s also one USB port that can be used to connect a storage device like a hard disk or a pen drive. The TV delivers 10 Watts of audio output, which should be enough for a small room. The TV comes with SmartThings app support and has apps like Netflix and Amazon Prime Video for easy direct online media streaming.

This 32-Inch HD ready LED TV by Samsung has 1366x768 pixel resolution, which is ample for playing High Definition ready content. For connectivity, the TV comes with one USB port and two HDMI ports. It comes equipped with 20W speakers, which are aimed at delivering louder sound. The TV also supports Screen Capture and Sound Capture so that one can also record what they are watching.

The TCL 32P30S TV also features an HD ready display that has a 1366 x 768 pixel resolution. However, it is a smart TV that runs on Android 8 Oreo, which means one can install apps on it like Netflix and YouTub, similar to a smartphone. The 16 Watts output on the device should be ample for clear audio and alongside two HDMI ports for connecting devices and two USB ports for storage.

Micromax is well known for offering affordable devices and its 32T8361HD/32T8352D is no exception. The HD Ready TV offers 24W of audio output and is equipped with two HDMI ports and two USB ports.