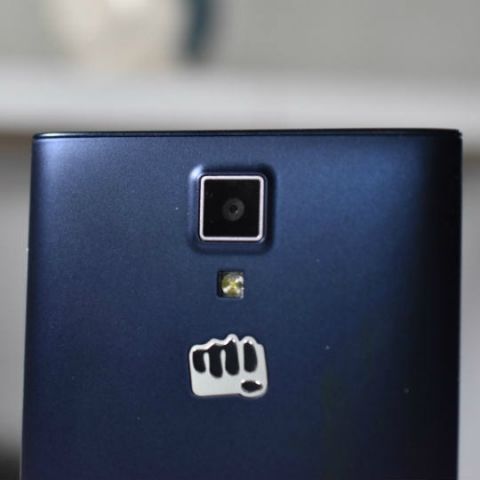 The Micromax Canvas Infinity is an effort by the company to reclaim the limelight. Over the past few months, Micromax has often reiterated that though companies like Oppo and Vivo have grown, the Indian smartphone brand is far from dead. Its first few phones of 2017, including the Evok and Dual series haven’t necessarily reinforced that belief, but Micromax is indeed far from done. What the company will not be doing is launching flagship phones, from either of its brands. Speaking on the sidelines of the Canvas Infinity launch, Sharma said there are going to be 10 to 15 phones from Micromax in 2017, while its Yu brand will remain online focused. However, neither brand is going to break the Rs. 20,000 price range, dabbling in the budget to mid-ranged segments instead. “Don’t expect a Snapdragon 835 from us,” Sharma said.

While ignoring flagship class chipsets isn’t surprising coming from Micromax, it’s a new turn of events for the Yu brand. Micromax seems to believe that though it makes sense to keep the Yu brand alive, that too should be focusing on the budget segments only. “30% of the market is on one side (online) and 70% is on the other (offline), so we shall remain in both,” said Sharma. He has also mentioned often, that Micromax will be selling lesser devices this year, amounting to about 10 to 15 in 2017.

On the flip-side, while some of the Micromax branded phones are being launched online first, they still are focused on the offline market. For instance, Sharma confirmed that the Canvas Infinity should be coming to offline channels within a couple of months. That was also evident given that an array of offline distributors attended the launch event as well.

Taking it to the Chinese

That’s how the Micromax chief puts it. Rahul Sharma is refusing to admit defeat, insisting that the battle is still on. He said, as he has before, that Micromax’s extended break recently was to judge the market and see what brands remain. He cited recent reports about Oppo and Vivo’s sales declining by 30%. Myriad sources within Micromax say that the company is still pulling through in terms of profits and sales, although no proof was presented to support those claims.

When asked how he plans to curtail the Chinese onslaught, Sharma said Micromax will be launching more focused devices. That includes phones like the Canvas Infinity, which brings a so-called flagship feature to the budget range, and even undercuts the LG Q6 in terms of pricing. That, in itself, is a very old-school Micromax like move. The company has successfully pulled this strategy off in the past, with phones like the Canvas Note series, which was for all intents and purposes a budget take on Samsung’s extremely popular Galaxy Note series at the time. With that phone, as with the Canvas Infinity, Micromax took a so-called flagship feature and brought it to the budget segment, where volumes are higher.

Essentially, Micromax seems to be suggesting that the Indian smartphone industry has finally come full circle. Innovative marketing strategies have been tried and it’s time to return to the basics. If Micromax’s age-old formula works this time around, the company would have proved its mettle once and for all.