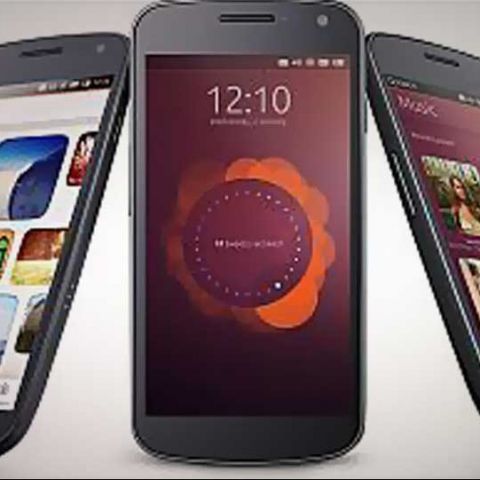 The mobile OS market is going to get a big boost soon, with three new rogue operating systems announcing their foray into this segment. We’ve got Firefox OS, Ubuntu Mobile OS (a.k.a. Ubuntu Touch) and Tizen OS. The operating systems have cropped up to compete with the dominance of Apple’s iOS and Google’s Android operating systems that have become pervasive throughout the mobile market. While the trio of fledgling operating systems might not be able to eat away the entire share of the big two (or even BlackBerry OS and Windows Phone OS), but it would be interesting to see how they compete amongst themselves for the lower-end and mid-range devices.

For starters, we’ve got Tizen, an operating system that is being developed by Samsung and Intel. For Samsung, Tizen represents a basket where the company can start placing some of its eggs, reducing the risk of having their entire smartphone portfolio tied to Google’s Android OS. Samsung’s earlier offering in this sphere was bada, and the company is trying its best to now leverage that developer community for its new OS, by providing a smooth transition, and app compatibility. However, Tizen’s fate isn’t tied to Samsung entirely as it has found support from names like Fujitsu, KT, NEC, Panasonic, SK Telecom, Sprint and Vodafone. Unfortunately, during the demo showcase of Tizen 2.0 running on unspecified Samsung hardware, it looked like the OS still has some ways to go as the browser continuously stuttered during scrolling. Regardless, many operators are extremely optimistic about this new OS, especially when it comes to markets catering to those on a budget.

Next in line, we have the Firefox OS, which was most recently unveiled by Mozilla at MWC 2013, and has been built to support lower end devices in emerging markets, as well as mid-range devices. It looks a lot like iOS blended together with Symbian Belle, but despite that, bears a rather clean interface. Interestingly, big names like Sony and LG have both committed to building Firefox phones, along with second tier manufacturers like ZTE, Alcatel, Huawei etc. With such established manufacturers backing up the project, Firefox is guaranteed to pick up some traction with the “budget” audience, although how long lasting its impact would be is something that remains to be seen. The best part though happens to be that all apps for the Firefox OS will be written in HTML5, which should make creating apps extremely simple for anyone who’s already coding in HTML5.

The final contender in the race is Canonical’s Ubuntu Mobile OS, built on the Android Kernel, so it will run on existing certified devices, which happen to be the current Nexus lineup. Ubuntu Mobile OS brings the joys of open source to your phone. The OS, which is available currently right now as a developer build, brings the same familiar UI of Ubuntu Desktop OS to tablets and phones alike. While the build is currently functional and will run basic features like incoming and outgoing calls and messages, using both front and back cameras, there still seem to be a lot of broken features like the inability to use cellular data. Currently, developers are hard at work to port the build to a wider range of devices, along with bringing more features to it. The best part about Ubuntu Mobile OS is that once it is finally released, it could be flashed onto your existing Android phone, provided it is supported. No need to toss out your old handset in favour of a new one.

At the end of the day we’ve got three very promising entrants in the mobile OS game, and while they may not pose a very serious threat to Android or iOS individually, with their powers combined, we could see a shift in trends. But between the three, it’s a very tough call as to which would dominate. As for OEM adoption, Firefox OS seems to have the most number of launch partners already announced, indicating that at least in manufacturers’ eyes, it seems to be the best option currently, and perhaps stands the biggest chance in the highly competitive segment.

Which of the three do you think will end up being the leader of the budget devices?

iPhone XR available at a heavy discount: Here's how you can buy it for Rs 17,599
Changing the mobile e-sports game, iQOO's Nipun Marya sheds light on the future of mobile gaming in India
Xiaomi 12 and OnePlus 10 Pro will have LTPO 2.0 display: Here’s what you should know
OPPO’s Upcoming Flagship Smartphone Will Be One of the First to be Powered by the Premium Snapdragon® 8 Gen 1 Mobile Platform
Amazon Great Indian Festival 2021 Finale Days: Top premium mobile phone deals
Advertisements