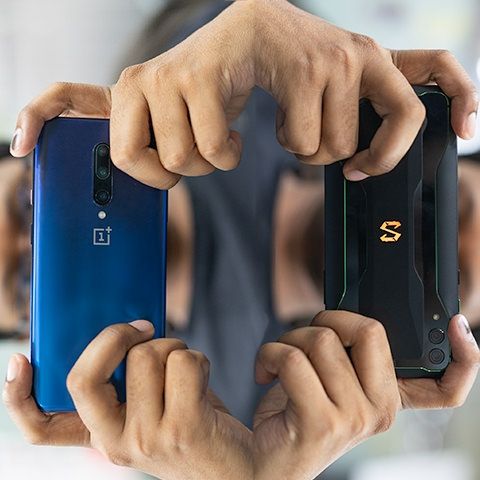 There is a small segment of smartphone users who would consider their primary use of the smartphone to be gaming. As eSports around the world continue to gain popularity, smartphone gaming is notably growing at an even faster pace, with popular titles like PUBG continuing to game players and even behemoth game studios like EA and Activision releasing games for smartphones. No denying that smartphone gaming is booming, which explains the sudden jump in the number of “gaming smartphones.”  The Blackshark 2 is one such smartphone, designed specifically for gamers, both in terms of specs and in the design of the phone too. On the other hand, we have the OnePlus 7 Pro, a smartphone from a company that is known to top benchmark charts. Not to mention, the OnePlus smartphones are [practically in every smartphone gamer’s good books. We put the two phones against each other to see which one of the two is really a beast at gaming.

Specifications at a Glance

Both the Black Shark 2 and the OnePlus 7 Pro are powered by the Qualcomm Snapdragon 855, the best SoC available to Android smartphones today. Both the smartphones start at 8GB of RAM and go all the way up to 12GB. While the OnePlus 7 Pro offers a 2K display with 90Hz refresh rate, the Black Shark 2 has a display with the lowest touch latency. Both the phones offer their own spin on a “gaming mode” that are designed to improve the gaming experience, along with claims of unique cooling methods for the CPU for sustained performance. Let’s see how all this hardware comes together for the gaming experience. 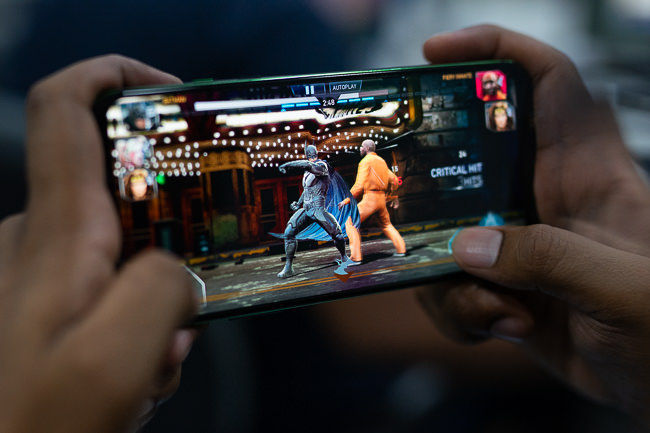 Gaming on the Black Shark 2 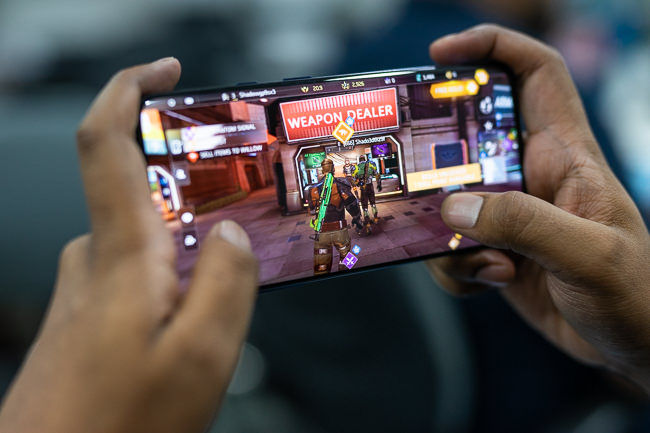 Gaming on the OnePlus 7 Pro

Gaming on the phones

We played a number of popular titles on the two phones and recorded the performance metrics using Gamebench. Gamebench allows us to not only record the median frame rates, but also gets a number for the frame stability. Before getting into the numbers for games, we also ran a few benchmarks to figure out just how the two devices compare. Do note we ran the benchmarks with the phones set to their default profile, that is, with their respective gaming modes turned off. Here are the numbers we recorded. 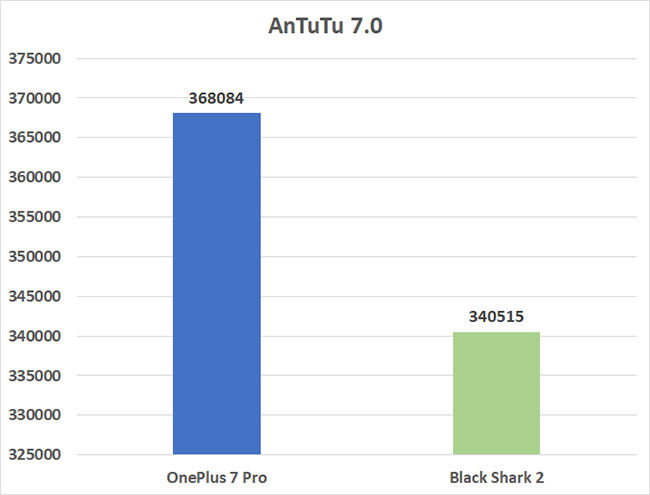 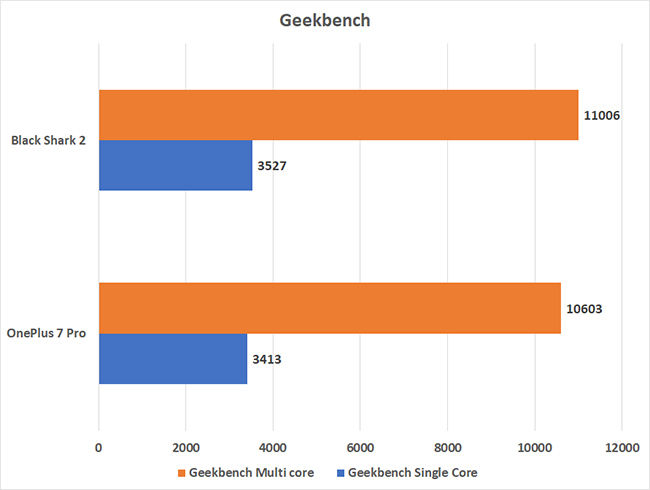 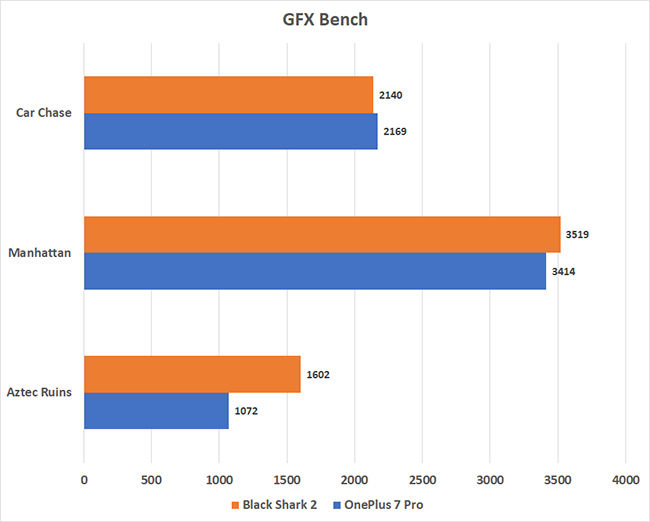 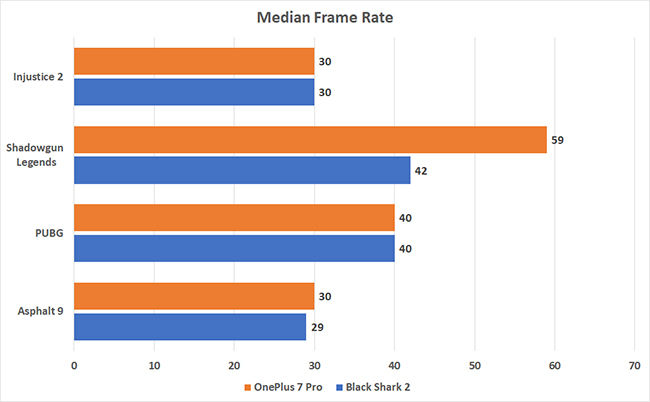 From here, we can see that the OnePlus 7 Pro has an ever so slight edge over the Black Shark 2. This is with their respective game modes turned off. The overall gaming experience does feel better on the OnePlus due to various factors. For starters, the display is far superior to the one on the Black Shark 2 in terms of colours and perceived sharpness. While no game currently utilizes the 90Hz refresh rate on the OnePlus 7 Pro, the gameplay does end up feeling a lot more fluid regardless. In terms of performance, both the phones are more or less at par with each other. However, there is another key aspect that impacts the usability and that is heat.

While both phones deliver performance at levels expected of them, thermals are the one area that will GREATLY impact your gaming experience. We’re not really that concerned about thermal throttling, but what we are looking for is the temperature of the device while its in your hands. Throttling or not, good luck playing on a device that’s as hot as the pan you cooked egg on this morning. We used our temperature gun to determine the surface temperature of the two devices, noting the points where they were the hottest.

There were some interesting observations regarding where the two phones heat up the most. The Black Shark 2 was the hottest around the camera module, clocking a maximum temperature of 42 degrees during gameplay. The display remained cool enough to the touch. We used the phone without the case, so the heat was more pronounced, if you’re going to be using the phone with a case, you may not feel the heat as much. 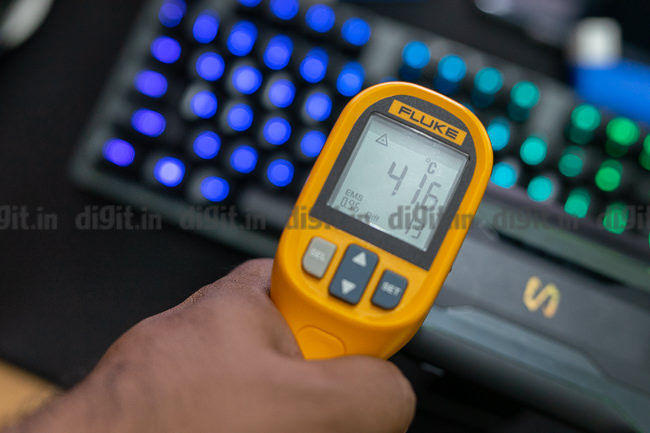 The OnePlus 7 Pro, on the other hand, exhibited some bizarre behaviour. Our temperature gun clocked a temperature of 46 degrees on the back of the phone, but the display itself heated up to about 44 degree Celsius. Holding the phone from one side (the top) became difficult due to the frame, the back and the display becoming uncomfortably hot. This behavior we noticed while playing Injustice 2 and Shadowgun Legends. The testing was done in an air-conditioned room with ambient temperature recorded at 23 degrees. 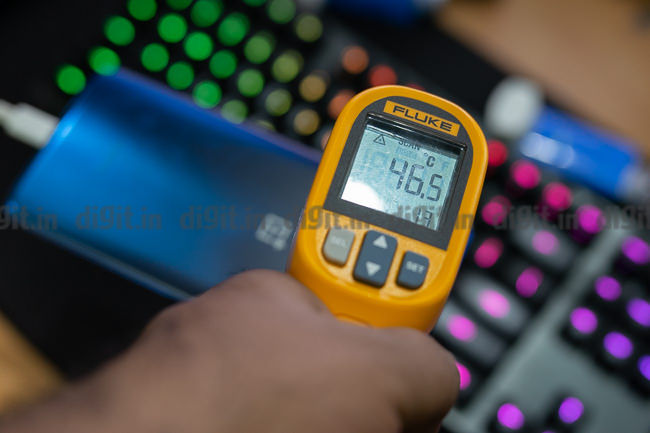 The Black Shark 2 is marketed as a gaming phone, and as such, comes with a number of features that help it live up to that image. The OnePlus 7 Pro isn’t a “gaming phone” per se, but the previous OnePlus smartphones have established themselves as beasts when it came to gaming. In our testing, we found the performance of the two is mildly comparable. The benchmark numbers occasionally favour the Black Shark 2, but not by a large margin. The gaming metrics point to OnePlus offering better frame rates, but at the cost of significant heat being generated in one particular part of the phone. We do understand that devices get hot, but for a game running at 60fps, Shadowgun Legends really caused significant heat spikes on the OnePlus 7 Pro. Gaming phones aren’t just about aggressive design, but they also take into consideration the need for cooling, which we see shine on the Black Shark 2.