Thin and Light Gaming Laptops: The Good, the Bad, and the Ugly 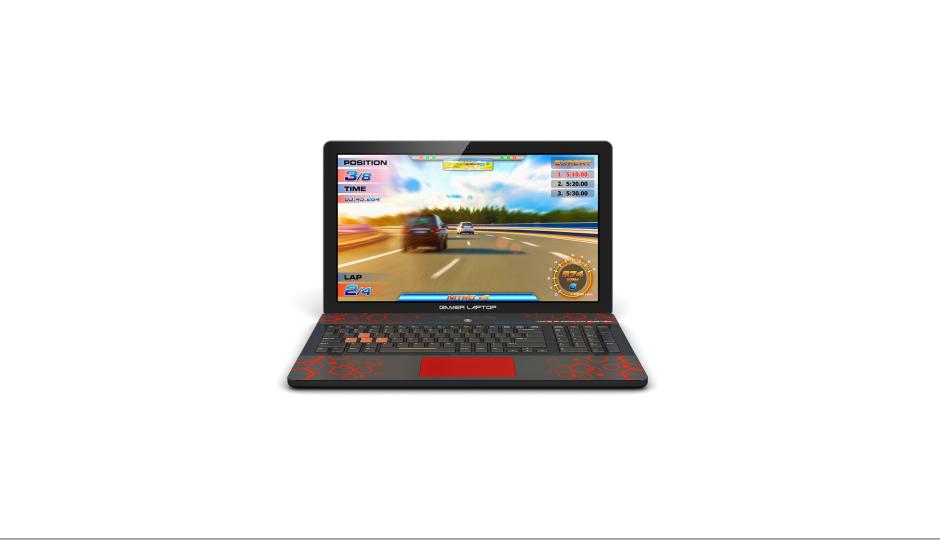 While Thin and Light laptops are frequently talked about among PC buyers in India, Thin and Light Gaming laptops have yet to become a hot topic amongst gaming enthusiasts. In the last two years, we at Digit, have seen a slow shift in focus from Mainstream laptops to Thin and Light laptops amongst both e-retailers and consumers. It is for that exact reason that many laptops that we once considered Mainstream models are now quickly becoming Thin and Light devices in our books, and it's mostly thanks to simple yet crucial changes to the exterior of the laptop.

In today's little piece on Thin and Light Gaming laptops, let's talk about their advantages in today's on-the-move computing lifestyle. But more importantly, let's talk about their pitfalls. Let's understand if there's any sense in spending tens of thousands of rupees more on a gaming device that's a few hundred grams lighter but trades off critical gaming features in the name of portability. Let's start with why one should consider a Thin and Light Gaming laptop to begin with.

You'll find the biggest advantage of Thin and Light Gaming laptops right within their name. They are, as expected, lighter and more compact than Mainstream Gaming laptops. Most manufacturers achieve this with the use of all or some of the following tactics: slimmer bezels around the display, thinner (or fewer) internals inside a leaner chassis (including smaller battery), shorter keyboard profile, and Nvidia's GeForce Max-Q graphics cards. A fine example is the is the Asus Zephyrus S (GX531). You can read our review of it here.

While there's no industry-defined standard for Mainstream Gaming laptop dimensions, the average model is over an inch in thickness and over 2.5 kilogrammes in weight. Some high-end models, like the Alienware Area 51m and the MSI GT75 Titan, weigh as much as 5 kilogrammes. Thin and Light Gaming models are usually around or under 0.7 inches in thickness and 2 kilogrammes in weight. This means you can place them on your lap while working without feeling conscious that a big brick of semiconductors is resting on your upper thighs. They're also more carryable and cause less strain on your shoulders. These models also generally come with smaller power bricks, which means there's less load on your backpack and wall socket. Some models also support PD charging through the laptop's USB-C port, which makes things more convenient.

Some features have to be sacrificed to keep a gaming laptop thin and light. For example, the keyboard you get in a Thin and Light Gaming model could feature shorter and smaller keys, thereby compromising the typing and gaming experience. Don't expect these models to come with remarkably cushy keys. Also, don't expect them to come with a mechanical keyboard, a preserve of high-end Mainstream Gaming models. Another downside to having slim bezels is compromised build quality. Many of them may not be able to withstand the same amount of physical wear and tear through everyday use the same way Mainstream Gaming laptops do.

Because they are slim, Thin and Light Gaming laptops also tend to come with fewer ports for connectivity. For example, some models lack a LAN port, an essential element for those who care about consistent network speed for online multiplayer gaming. Some models, however, manage to squeeze in a fold-out LAN port, which still gets the job done. You may also have to make do with fewer USB-A and USB-C ports. What's more, expect the battery life to be on the lower side because a smaller battery gets paired with Intel H-series and HK-series CPUs. On an average, we've seen Thin and Light Gaming models to deliver about two and a half hours of run time on battery.

The employment of Nvidia's GeForce Max-Q graphics cards is part of the reason for the Thin and Light Gaming models' slimness. While Max-Q cards ensure a tighter fit in slimmer laptop frames because they're programmed to produce lesser heat, they're also designed to churn out lesser power than their non-Max-Q counterparts. Using a combination of hardware and software throttling, Max-Q cards are designed to be less powerful so they don't produce too much heat. This means that the gaming experience on Thin and Light Gaming models will never be as good as that on Mainstream Gaming models.

What's ironic is that, despite Nvidia's efforts, Max-Q cards end up being just as hot as their non-Max-Q versions if not hotter. In our experience, we've found gaming laptops that employ a GeForce Max-Q card to run slightly hotter than their regular versions. On many models, they're also more noisy because there's a shortage of cooling space. This is one critical performance factor you'll have to make peace with if you desire a gaming laptop that's slim and lightweight. You can't expect to get the same sort of frame rate from Max-Q-powered laptops.

Thin and Light Gaming models tend to come with other hardware limitations too, which make upgrades harder than they are on gaming laptops. For example, their motherboards often come with a soldered RAM chip to save physical space, leaving you with only empty RAM slot. If the soldered RAM chip is of limited capacity, you may be forced to choose an add-on RAM chip of equally limited capacity. What's more, these motherboards often don't come with a hard drive caddy in the interest of saving space. This means that your next storage upgrade is limited to PCIe NVMe solid-state drives.