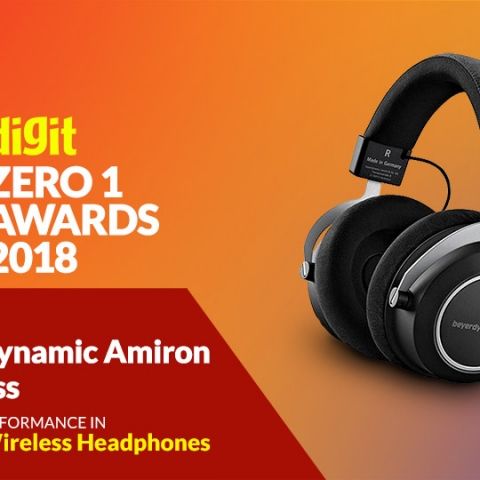 The landscape of headphones has seen significant changes with wireless headphone technology in the market that compares well to their wired counterparts. Let's have a look at the winner for this category.

Wireless audio has been relegated to a second-grade position in the audiophile world for a long time since its popularisation. High-end audio and the tag of hi-fi has been mostly exclusive to wired headphones and earphones. However, in recent years, that landscape has seen a lot of change. Now, there’s wireless technology in the market that makes wireless headphones comparable to the audio quality of wired devices.

Established brands are creating wireless versions of their popular and flagship headsets. High-end boutique houses and mass market audio manufacturers alike are bringing out newer, high-end wireless headphones and also launching improved successors in their popular lineups. To sum it up, this is probably the year where it was more likely for audiophiles to make the jump to wireless.

The trend of bringing wireless versions of flagships manifests in the Amiron Wireless from Beyerdynamic. They’ve now latched on to the wireless trend and we’re not complaining! The Amiron Wireless is easily the best sounding wireless headphone we’ve heard. These cans sound bright, energetic and often make you forget your critical analysis on your favourite tracks. Tracks like Pull Me Under from Dream Theater make you want to headbang– with just the right amount of power in the mids and perfectly rendered lows.

The Amiron Wireless supports nearly all the codes (except LDAC) and the result shows. The aptX HD performance takes the Amiron Wireless to the next level and ensures that it bags the award. If one is shelling 60K for a pair of Bluetooth headphones they might as well be portable and at least have ANC, but believe us, all these demands take a backseat once you put the Amiron Wireless on and your favourite track kicks in.

Noise cancellation shows up more often with wireless headphones than wired ones. If ANC is a must have for you, we couldn’t recommend anything better than the Sony WH-1000XM3. Almost everybody who tried these out commented on how quiet the world around seemed to get. Remember, no ANC can cancel out all sound, but the 1000XM3 comes close.

According to Sony, this is all thanks to the brand new QN1 chip they’ve put into these cans. It handles sound in a dynamic way that is not common with noise cancellers. The soundstage is expansive and doesn’t suffocate you with limitations. Combined with the intuitive controls and overall quality of sound, The 1000XM3 also stands as the Editor’s Pick for this category. It ended up as the runner-up because of the sheer supremacy in clarity the Amiron Wireless has over it.

Once you get over the confusion of seeing an open back design and wireless audio together, the GW100 won’t fail to impress. While it sports some similarities with Grado’s cheaper SR line, look beneath its exterior and you will find an open-back audio experience that defies expectations.

Handling lows and highs equally well, the Grado doesn’t disappoint in the mids either. If anything, there’s something wrong with the upper mids that aren’t easy to pinpoint. If not for its poor isolation and a bit of lacking power in quite a few tracks, the GW100 would be destined for glory.