You will pay for that 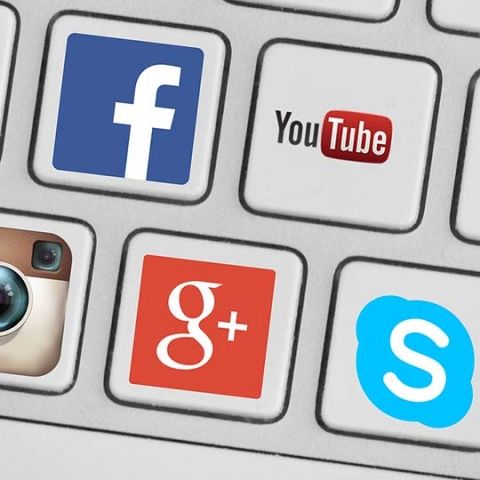 When was the last time you saw something viral that was indepth, non-sensational, and written with a balanced view?

My previous two columns with this same headline were about piracy, but this one has nothing to do with pirates – it’s about colonists instead. Don’t worry, the British aren’t coming back – they’re too busy hiding indoors on their little island afraid of their terrible weather and all the immigrants who are ringing their doorbell.

The colonists I’m talking about are internet giants like Facebook and Google, who have taken over everything – for many of us, Facebook in particular is becoming the default source of information.

The real problem is that Facebook is a business (as is Google and all the others). In order to stay in business, Facebook needs you to spend as much time as possible on it; it needs to be an addiction, or at least a routine. Everyone knows how to keep an addict hooked – just give them what they want to keep them high and happy. Facebook’s algorithm does exactly that; it gives you what you want, will like and will share. It looks at your past behaviour to judge what you’d like to see, and throws in the odd viral meme or video.

Problem is, have you seen the things that go viral?

When was the last time you saw something viral that was indepth, non-sensational, and written with a balanced view?

We have it a lot easier, because our readers are geeks who know quality when they see it, but even we are guilty of being a little sensational at times on Facebook. Why? Because if we aren’t, you won’t click to read it, and Facebook will drown us out with memes and cute videos, or 874 new pictures of your distant relatives child learning to eat something new for the sixth time this week. Don’t believe us? Count the ratio of cutesy rubbish to serious articles on your timeline. Go on!

When a serious looking article does finally show up, it’s usually from a partisan source, and probably something you’re likely to share onwards – because the algorithm knows you have done so in the past, and all internet giants make their money by knowing you and your habits.

We’re like little kids set loose in a candy store – which means we’re fat and dying of diabetes. However, we’re not dying alone, we’re killing off the salad bars and healthy food restaurants as well, while the fast food joints (i.e., social networks) thrive.

Publishers who want to talk about inconvenient truths and not pander to your egos by giving you the content you should know about, but might not like... they’re the ones dying out. In June this year Facebook announced that it would give more preference to posts from friends and family and less to publishers, and all hell broke loose, with some publishers hailing it as the Facebook-olypse. Nothing major happened, but publishers were quaking in their boots for a few weeks at least. This is how much power we have given Facebook, and it’s probably not the wisest thing to do.

Of course, I’m preaching to the choir here, because as geeks who are paying for content, you are already aware of the pitfalls of allowing yourself to be lulled into depending solely on the “free” content out there. It’s important to support the publishers you like by subscribing to their paid services – in our case it’s this magazine and an e-magazine (yes, that app is finally ready and should be out by the time you read this!).

More and more big publishers across the globe are going back to paid services, and focussing on their real customers – people like you, who are serious about what you want to know and learn about, and are willing to pay to get it from a trusted source. Content creators are slowly realising that they cannot rely solely on self-serving businesses such as Facebook and Google.

Soon, anyone who’s serious about getting information will realise it too, and have multiple subscriptions to “real” content providers, who they know will always give it to them straight – we hope you will continue to consider us one of those trustworthy sources.

As serious geeks you will demand content that is not biased, is important, and is what you need to know, and not just what you want to know. However, you will pay for that, or else you will become just another meme-liking sheep.

This editorial was first published in November 2016 issue of Digit magazine. To read Digit's articles first, subscribe here or download the Digit e-magazine app for Android and iOS. You could also buy Digit's previous issues here.