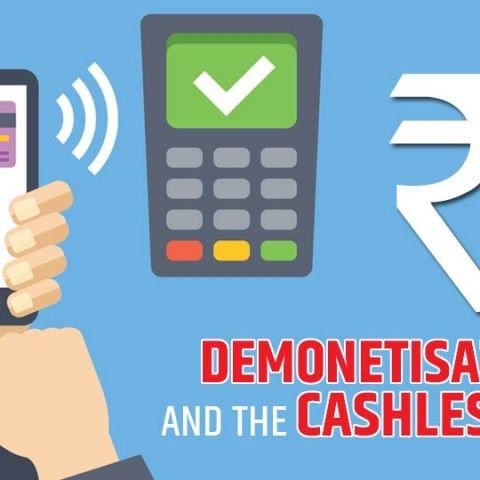 Today marks exactly one month since the honourable PM dropped the “mitron” bomb on an unsuspecting nation. Now, a month into Demonetisation the dust doesn’t seem to have settled at all. Everyone is still scrambling to ascertain the long term implications of this move and at the same time trying to make the most of what little cash they have using every trick in the book; Fortunately enough, for many this has been to transition to the digital side of things. But the fact remains we’ve all been facing varying degrees of inconvenience since the 8th of November.

Although most would think this isn’t a topic that a tech website should be bothered with, the fact is that technology is the key enabler and facilitator of everything these days.

Tech-savvy city dwellers like me were fortunate enough to not be affected too much. All my money is legal and digital. Since the 8th of November, I’ve been using netbanking and digital wallets exclusively for all (if not most) of my daily needs. And Mumbai has enough POS debit card readers for me to go on about my life without being inconvenienced at all. That said, as the month end approached, I served my customary two hours in line at the bank because I had to pay my doodh-wala and dabba-wala. While it’s nice to look at news reports which show paan-tapris displaying QR codes for digital payments, the fact is most grassroots workers still haven’t transitioned over to the digital side. And we all need to spare a thought to those hardworking sections of society who have been the most affected.

What we really need now is wide scale digitisation, because without it, all that will happen is that the government would be successful only in hitting a reset switch on the flow of black money. The black money buildup will just begin again. A crooked businessman could theoretically put all his black money in the bank, and then wait to deal with the over-burdened and perhaps corrupt income tax representative who will come calling and then settle with an under-the-table deal. Basically, the same problems that have plagued the system before will continue to do so even in a post-demonetised India. Remember, people are fallible. Machines are not.

A move to digitisation may seem almost forced on the people, and whether that is right or wrong is for the history books of the future to decide. However, I see something akin to the mobile revolution happening again. We might actually manage to go cashless faster than western economies – imagine how cool that India would be!

Digitisation is an all or nothing game though – the entire supply chain needs to go digital. The informal sector within the country is a mind-bogglingly large employer of unskilled labour. Until the movement of that money, materials and labour (via official contracts) comes onto the books we can't expect much to change.

What is encouraging is that even the RBI, in its Vision 2018 document, has emphasised the need to encourage greater use of electronic payments by all sections of society so as to achieve a “less-cash” society. I’ve been able to observe steps in this direction for sometime. Around the beginning of September, banks started publishing their UPI apps. For those of you who don’t know about UPI, don’t fret because even I never bothered to explore UPI properly and get myself a Virtual Payment Address (VPA) until demonetisation happened. UPI or Unified Payment Interface can be thought of as the backend layer on top of the existing IMPS system, created by National Payments Corporation of India for enabling easy transfer of money between bank accounts.

Banks are free to create their own UI layer around this base technology. It eliminates the need for “loading” wallets with money (so that’s one step less) and you don’t even have to reveal your phone number to random people when making or accepting payments – just your unique VPA will do. The system is interoperable across the various banks so you don’t need the the same apps installed on the sender and receiver's phone – all money is transferred between accounts.

There’s also the RuPay initiative, and alongside, within the private sector, there are a number of apps and services such as Udio, PayUmoney Seller App, and RazorPay that are doing their bit to enable merchant payments. There are also startups like Paynear One that are trying to push their low-cost mobile-enabled POS machines. To ease the transition for the large section of the population that have feature phones, carriers have already waved off charges for USSD-based mobile banking (the *99# service).

So yes, all of this is there, but the point is, more education and simplicity is needed through the supply chain in order for digital payments to become second nature. There might also be the legislative push needed to increase adoption. For example, I still don’t find UPI as an option on most payment gateway providers.

Now I don’t know what other trump card the honourable PM has up his sleeve to follow up this 500 and 1000 kiloton bomb, but if it doesn’t involve providing a much-needed boost to digitisation, we will be back to square one in a decade.

This article was first published in December 2016 issue of Digit magazine. To read Digit's articles first, subscribe here or download the Digit e-magazine app for Android and iOS. You could also buy Digit's previous issues here.

The Really Tough Mobile Quiz goes live on Amazon, gives users a chance to win an Apple iPhone 12
CryptoTech industry to reach $241million by 2030 in India: Report
We talk to Akshay Ahuja from Amazon India on the eCommerce giants impressive growth in the consumer electronics space and the big bets for the future
Esri India introduces cloud-based drone mapping solution
How to make UPI payment without the internet
Advertisements