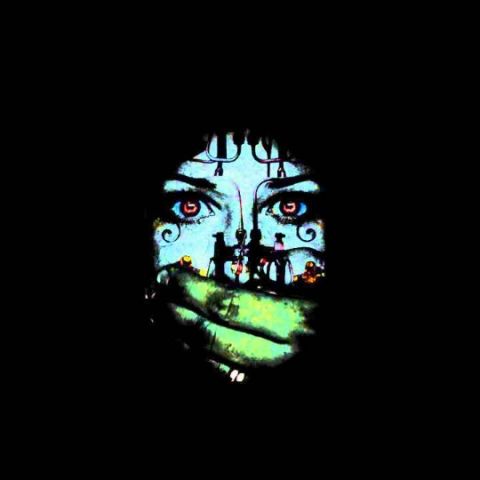 Each year, the tech industry brings forth new, innovative devices. This year in technology saw some fierce competition between the incumbent tech stalwarts and the firebrand new entrants in the field. Tech journalists like us had a ball reviewing everything from smarter phones to hybrid laptops, AI powered digital assistants, apps, IoT devices, cameras and more. For you, the reader, the tech circle of life starts with such launches and ends with the product of your choice in your hands and at your homes. Somewhere in the middle, people like us, try our best to get you useful facts and figures, to help you make an informed decision. The wiser our research, the better the content and the more knowledgeable your decision. One would think this is an ideal process. A fair process. But is it really that?

"The competition (has) heated up the consumer debate, leaving them with a choice between a barrage of similarly specced and priced gadgets"

To understand where I’m coming from, you have to know the fragile, yet amicable relationship tech journalists and marketers maintain. It’s a give and take relationship, like any other. One would think that in this case, it’s a scoop or a relevant piece of information shared by the latter with former. Pretty straightforward, right? Wrong. The competition in the tech industry has not only heated up the consumer debate, leaving them with a choice between a barrage of similarly specced and priced gadgets, it has also left the handful of true-to-their word tech journalists in a lurch.

Over the past few years, the tech marketing and PR industry has seen a sea change in its core functionality. Those who would once be a bridge between reviewers and companies, are now the very torch-bearers of information, that should ideally be freely available to the likes of us. It’s sad that I have to generalise for the sake of this piece, but I am doing so in order to protect certain sources, who still have the gall to admit to this racket. A racket where lists of the so called “unbiased” and “credible” journalists is maintained by marketing whiz kids. These are the ‘go-to’ people, those that without an afterthought of the consumer impact, churn out articles written in flowery language, promoting anything and everything in the consumer tech space. These practices have given rise and fame to a barrage of unscrupulous blogs, maintained with a single objective of pushing out unfair content, content that pays its dues to tech companies that are looking to influence your buying decisions. This is misinformation at its best and it’s happening not just here in India, but worldwide.

"Those who would once be a bridge between reviewers and companies, are now the very torch-bearers of information, that should ideally be freely available"

Think of it in this way. The Indian advertising rules don’t allow for false or misleading advertisements. Ads that use exotic language, without a relevant explanation. If this was practiced in the tech world, most of us would be found guilty of malpractice. For instance, if I were to say, “This laptop is the best the market has to offer, it’s a competition-killer and you can’t do better than this,” I better have conducted a relevant test to have come to this conclusion. That is so not the case in this industry. While there a few still sticking to their quixotic journalism teachings, there are hundreds who ride on the back of positive, or worse, neutral content, aiming to have a long lasting, mutually beneficial relationship with tech companies and their marketing posse. Many articles found on popular tech blogs and publications claim original thought, but are actually paid for. This circle becomes murkier when those with a genuine, scientifically provable opinion are pushed to the very end of the priority line by companies that can’t seem to get enough affirmation of their success.

In many cases, there is no room left for constructive criticism. Criticism that can eventually contribute towards the betterment of technology and its impact on the consumer. I am not saying that all tech manufacturers resort to these awful tactics, but there are enough who do. There is an inherent loss of faith in hard-bred journalists, who at one point had actual inputs to share with technologists. In the good old days, a sense of mutual respect and admiration prevailed. it is lost to us now.

Fact-checking is another myth in this industry. Possibly a result of the poor situation we find ourselves in, facts are no longer cross checked. Take for instance a recent news event wherein multiple big-ticket tech publications reported BSNL, the Indian telecom service provider, was to launch a plan offering 20GB of 3G data for as low as Rs. 50. The news, although not as significant as an iPhone launch, went viral in the country thanks to hundreds of articles that seemed to know all about these plans. A little voice in me told me this seemed questionable, and I was fortunate enough to have picked up the phone and get an official word discrediting any such offers. This is not a drum that I would proudly beat, because this is something I would have expected all my peers to do. Afterall, looking beyond the words is our job. Sadly, we have failed to look beyond our means.

"Fact-checking is another myth in this industry"

For the companies that promote such practices, my beef is not only with you. It is a well known fact that the media industry, like any other, answers to corporate bosses. My problem is with those who took your money and gave you more than the deal’s value. They gave you their honesty and their credibility, and in the bargain, betrayed the consumer’s trust.

Taking an excerpt from something I wrote a while ago, I know I may sound like an idealistic fool, but better the fools who can walk tall than the tall who have a long road of shame ahead of them.

For you, the consumer, my only advice is to not blindly trust everything you see and read. Unfortunately, in this day and age, one has to perform one's own due diligence. As for the rest of us, there is little hope of things changing. When the success or failure of a technology starts depending on who hires the most cut-throat marketing agency, rather than the technology’s actual merit, things start to fall into a deep dark pit. All we can hope to do is swim and churn the milk into butter.

The Really Tough Mobile Quiz goes live on Amazon, gives users a chance to win an Apple iPhone 12
Vishal Dhupar of NVidia on how technology will improve gaming performance
Best Tech Podcasts to listen to
Amazon Prime Day Sale 2021: 5 easy tips on how to get the best deals and discounts
Realme to launch the realme Watch 2, Watch 2 Pro, Buds Wireless 2: How to watch the live stream
Advertisements