Why Mini-PCs don’t do well in India 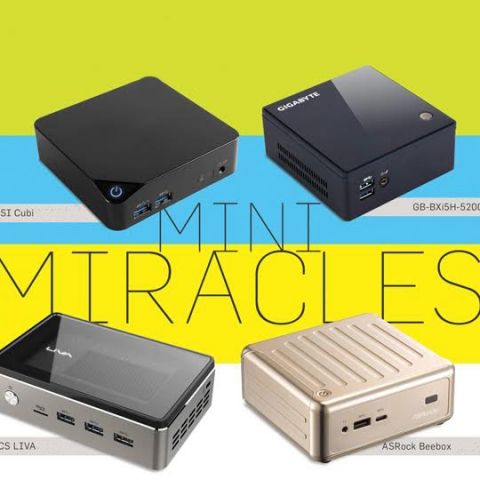 Despite having the same hardware as laptops, the Mini PC format has not done well in India. Here's why.

The trends in the Mini-PC segment in India is somewhat contradictory to what’s being observed the world over. Globally PC shipments have nearly bottomed out with 2016 and 2017 being projected as the years when the PC market will rise again. However, as we go deeper into the different segments, the sales figures clearly favour small-form factors. The personal desktop computer isn’t as popular with the mainstream crowd anymore and it’s just the gamers, professionals and DIY enthusiasts that are driving sales. Rightly so, we’ve seen manufacturers rebrand their product lines to cater to these very people. While laptops do sell like hotcakes here, the situations isn’t quite the same with Mini-PCs. Most manufacturers skipped India when Mini-PCs first started out resulting in the trend not catching up in India at all. And later, when common sense did finally prevail the manufacturers decided to pawn off unsold stock from other markets in India. This obviously meant that the Mini-PC hardware being sold in India was a generation or two older than what first world countries had.

Consumers aren’t stupid, the early adopters decided to not waste their money on old hardware. The few retailers in India who were adventurous enough to stock Mini-PCs were still having the older SKUs. Most of the blame lies with the manufacturers who decided to skip including India in their global launch programs. And since the early adopters and influencers decided to skip these older hardware, the notion in the market is that Mini-PCs are simply not as powerful as mainstream laptops. That couldn’t be further from the truth. If there was a laptop configuration that you can buy, then you can get a Mini-PC for the same or lesser price.

To add a little perspective, let’s take the example of current gen hardware. On one hand you have a laptop like the MSI GS63VR which features a notebook GTX 1060 and a high-end Skylake CPU (Core-i7 6700HQ) priced at $1,799 and on the other hand you have a mini-PC like the ZOTAC Magnus EN1060 which too has the same notebook GTX 1060 and a high-end Skylake CPU (Core-i5 6400T). Essentially, we are looking at the same configuration in two different form factors. When you throw in a monitor, better sound solution and a keyboard with the Mini-PC you are essentially getting the same configuration for the same price.

And here’s the thing, powerful Mini-PCs have been around for two years in India, yet every brand executive has a dejected look on their face when I broach the topic of Mini-PCs. The only factor in favour of laptops is their portability. But here’s where it gets interesting. Those little stick PCs are also mini-PCs, and if they have, let’s say, an Intel Bay Trail SoC (2013) then you could power the device with a power bank. And if you want to simplify it even further, the upcoming lineup was demonstrated to be capable of playing games like DOTA 2 and CS:GO. Clearly, performance isn’t lacking. Cost isn’t exorbitant. Portability isn’t that big an issue. So what is it? Is it that hard for the average Joe to go down to the store, grab a mini-PC, a monitor, an SSD, a stick of RAM and a decent keyboard-mouse combo? Is that too much of a hassle?

Then you do have All-in-Ones which are doing slightly better since most AIOs tend to work right out of the box. But wait, let’s go back to mini-PCs. Every e-commerce store now has recommendation engines which tell you what the most popular accompanying purchases are so there’s little chance that you can screw up when shopping for the aforementioned mini-PC components. And even if you do screw up, the big e-commerce giants are more than happy to sort your issues. If it’s plain laziness, then I’m pretty much speechless. But if it’s because we aren’t doing our part in demystifying this little piece of technology then we do hereby declare ourselves guilty.

Do write in to let us know that given the choice between two equally powerful configurations, would you pick a laptop or a mini-PC.

This article was first published in December 2016 issue of Digit magazine. To read Digit's articles first, subscribe here or download the Digit e-magazine app for Android and iOS. You could also buy Digit's previous issues here.