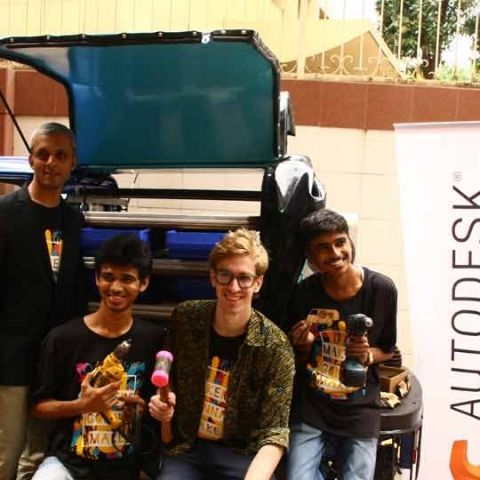 The DIY and maker movement have been a rage internationally for years now, and they are also picking up pace in India. A major problem that aspiring makers in India do face is access to proper machinery and tools to actually start working on their idea. Autodesk and Maker's Asylum, Mumbai have come up with an innovative and catchy solution to that in the form of the Maker's Auto.

Built by Maker in Residence Coby Unger and his team of two makers from the Maker's Asylum, the Maker's Auto is a normal 3 wheeler auto rickshaw converted into a mobile makerspaces which contains tools, drills, tables and even a 3D printer. This project was announced in May 2016 and has been brought to its current stage by a team of enthusiasts working day in day out. 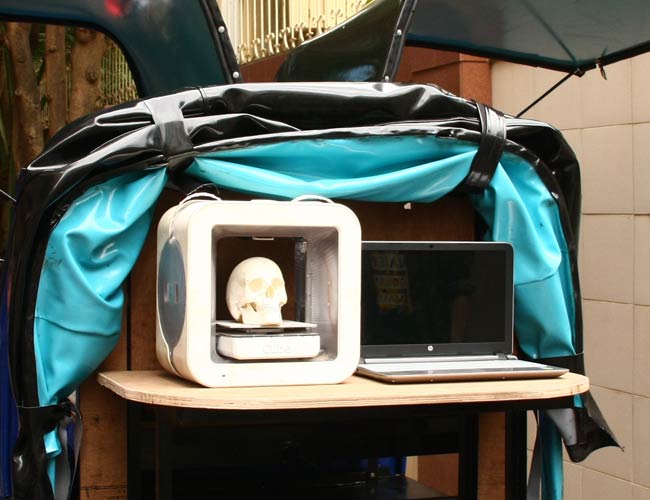 The 3D printer on the Maker's Auto

Currently, their main goal is to take the auto to organisations and institutions, which are interested to build and learn but do not have the means to do so. Mr. Pradeep Nair, MD, India and SAARC, Autodesk and the Makers at Maker Asylum believe that this will help them achieve the crucial step of getting people started onto building and innovating with their own hands. They also intended to make it a more on-the-go experience by driving to public places and demonstrating. But that hasn't come to fruition yet, mainly due to the permissions required for the tools and their usage in public.

They don't have any plans as of now to take the auto outside Mumbai, but once this picks up we might see such initiatives from Makerspaces around the country. Meanwhile, Coby will be maker-in-residence at the Maker's Asylum until mid-September and will be available to explain further about their methods and techniques that went into making the auto.

For any of you who want to check this auto out, it will be displayed at Autodesk University, more details of which can be found here

Realme to launch sub Rs 10,000 5G phones in India by next year: Madhav Sheth
We talk to Akshay Ahuja from Amazon India on the eCommerce giants impressive growth in the consumer electronics space and the big bets for the future
How to make UPI payment without the internet
Apple iPhone 13 series, iPad 2021, iPad mini 2021 India pricing and availability detailed
Realme Pad design and display teased ahead of September 9 launch in India
Advertisements