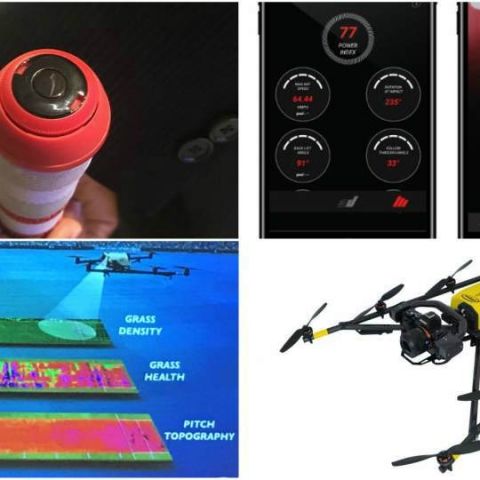 From drones to intelligent sensors to VR, Intel is showcasing a bunch of innovative sports tech at the ongoing ICC Champions Trophy and some of it will be available to consumers in India very soon! Here’s the lowdown

To say that India is a cricket crazy country would be an understatement. We Indians love to discuss, debate, dissect and critique the game of cricket, be it plain old gully-cricket or world-class sporting events such as the ongoing ICC Champions Trophy. Cricket has undoubtedly been the most popular sport in India since Circa 1918, when a group of Europeans from Bombay formed The Europeans cricket team which played matches in the Bombay Gymkhana. However, since its inception in the early 16th century, the game of cricket has gone through a gradual, but notable evolution. From bigger grounds to bulkier bats, larger totals to more money at stake, cricket has changed leaps and bounds since the original playbook.

The latest and probably one of the most monumental changes in cricket is now rolling-out in the form of technology. Snick Meters, hotspots, LED cricket bails, umpire cams, spider cams, speed guns, ball trackers - the list is neverending. The rules of the game have changed and technology is trying its best to foolproof the game of cricket.

As players surround themselves with a host of intelligent devices, chipmaker Intel is taking its first steps into this world of cricketing tech. Intel has partnered with ICC for the ongoing Champions Trophy, and at the recently held India-Pakistan match in Birmingham, the company gave us a peek at the technology portfolio it’s using for the tournament. 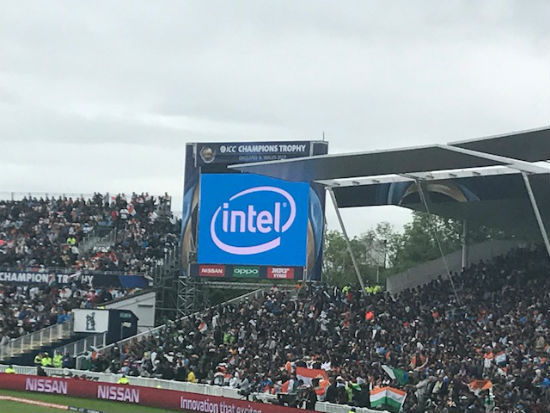 Intel’s Director of Marketing, Anuj Dua, tells us that the company has been busy developing new technology for the ICC Champions Trophy since the past 10-15 months. “The analytical side of sports is having an increasing bearing on how people consider the game, their performance and even training. So, there’s a natural digitisation of sports that’s happening and that is very interesting to Intel” says Dua.

At the Champions Trophy, Intel is deploying a bunch of tech to further analyse the game and improve player performance. To start with, the company is using its Falcon 8 drones to perform pitch analysis before matches. The German-made AscTec Falcon 8 is a V-form octacopter that is equipped with HD and infrared cameras. The drone can travel at speeds of up to 56 Km/h and is remotely operated through the Intel cockpit, a system that uses joysticks and an Intel tablet.  Using spectral imaging, the Falcon 8 can help with insights on grass density, grass health and pitch topography. Dua tells us, “For every game (every ICC Champions Trophy Match) they do a scan of the pitch to produce a pitch report that’s given to the commentators prior to the game, who then talk about it during the broadcast.” 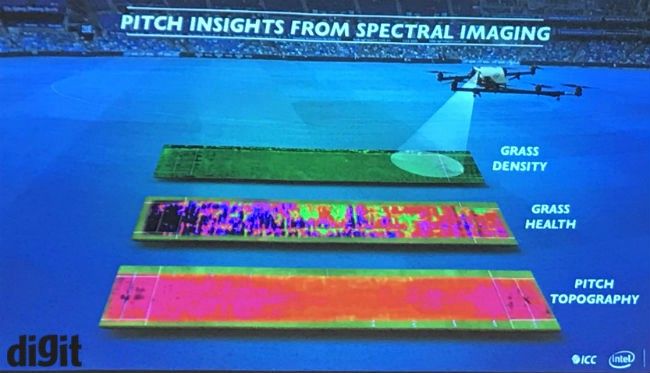 Intel owns the Falcon 8 thanks to its acquisition of drone-maker Ascending technologies and the company now has its own version of the drone system called the Falcon 8+, which has been developed on the foundation of the Falcon 8. 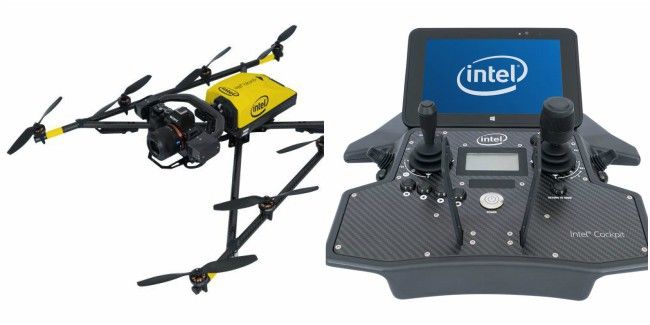 Seeing the gap in technology to track batting actions, Intel is also equipping Champions Trophy teams with a product called the BatSense. The company has partnered with sports-tech startup Speculur, to create a sensor that sits snugly on top of the bat handle. BatSense can track every shot played by a batsman, providing a 360 degree analysis of shots. Based on Intel’s Curie platform, the BatSense can measure parameters such as bat speed, lift angle, follow through angle, impact angle, speed at impact, and time to impact. 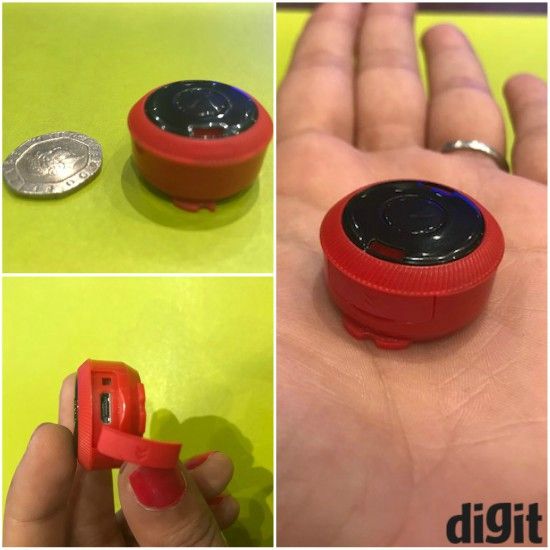 The device is also accompanied by an app, which tracks training sessions and helps store records of shots played on the cloud.  The device is packed with a battery-life of 5-7 hours of continuous usage and it syncs with the app using Bluetooth. Speculur CEO, Atul Srivastava, tells us that the BatSense has been tested by a number of Ranji, as well as, international cricket players, and has received positive feedback. 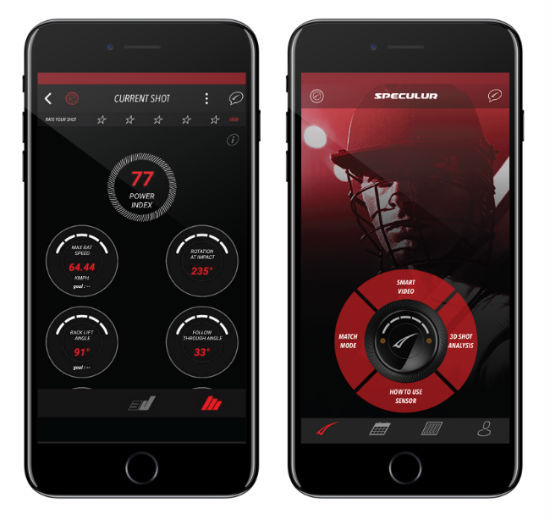 However, we hear that the Indian team is not very big on adopting the new technology. We didn’t see any Indian batsmen use BatSense at the India Vs Pak match, however a couple of Pakistani players did make use of the device. In terms of openness of adoption, we are told that the Australian team is the most receptive and keen on using BatSense. 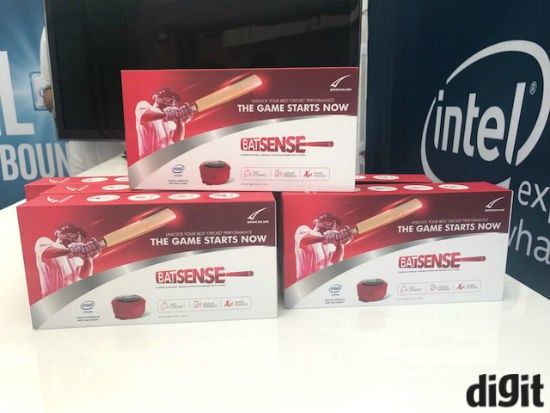 Intel also has a plan to commercialise BatSense globally, including India as one of the key markets for the product. The company plans on selling the device to consumers around the world starting August this year, at a price point close to Rs 10,000. Both Intel and Speculur see a healthy demand for BatSense in the country, given that young, budding players are increasingly adopting technology to better their game. To start off, the companies are targeting BatSense at a population of 10 million players from the ages of 8 to 35. “Cities like Gurgaon, Bengaluru, Chennai and Delhi have a big corporate culture, and we want to target corporate players as well,” says Srivastava. You can watch Speculur’s presentation of the BatSense in the video below. 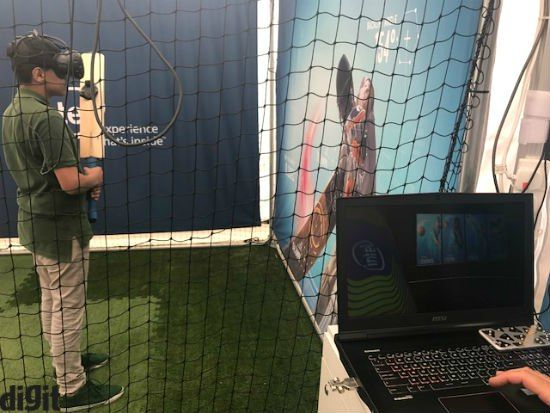 Besides showing-off the Falcon 8 and BatSense, Intel has also set up an interactive VR experience for fans at the Champions Trophy games. The experience uses an HTC Vive VR headset accompanied by the Vive motion controller embedded inside a bat. This allows fans to face virtual bowlers and makes for a fun activity during match intervals. Here’s what the experience looks like.

Cricket is not the first and only game to use Intel tech. The company had recently partnered with La Liga football league to provide 360 degree playbacks for viewers. Intel had also provided technology for the Super Bowl, NBA, PGA and more. Being the second largest sport in the world, Cricket is Intel’s next big bet and it seems like the company is dead serious about its newfound interests.

What are your thoughts on tech in sports? Do you feel technology enhances the game, or do you think it takes away the fun and the element of surprise? Let us know your thoughts in the comments section below.

"WhatsApp has made a mockery out of our fundamental right to privacy," says petition filed in High Court