Google’s Year in review: Every notable announcement and launch by Google in 2017 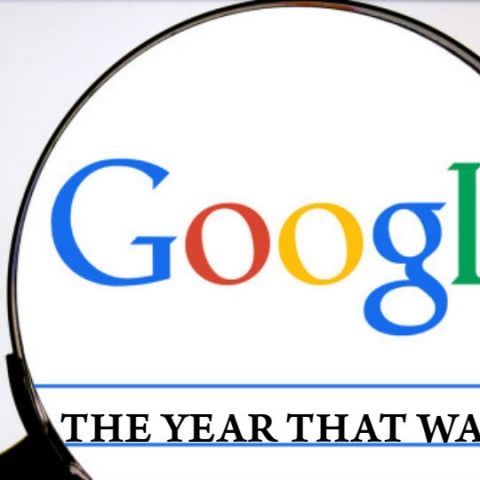 Reviewing the performance of a company like Google is not an easy task, simply because of the barrage of important announcements the Mountain View-based tech giant made this year. We saw Google take a second shot at making a good flagship smartphone, we saw it expand Assistant’s functionality across devices and platforms, we booked Uber rides directly through Maps, tried out apps on Play Store before having to install them, and even saw the company retire some old tech.

Whatever said and done, Google has made all the right moves to grow and evolve its various products and services in 2017. In fact, the company has been extremely active in making India-centric announcements this year, cementing its name and place in the minds of the Indian consumer, much more than any other tech company.

Here’s a recap of all things Google put its stamp on in 2017, as well as those that the company ditched, pitched or forked.

We’ll start with the Google Assistant because it’s commendable how Google increased the Assistant’s functionality over the past one year, competing head-on with Amazon’s Alexa, and leaving Siri far behind in the race. The Google Assistant expanded its footprint to multiple devices other than the Pixel phones. Not only did Assistant expand to all Android and iOS phones, it now sits inside Android TVs, headphones and other smart devices. The Assistant also became wiser, less fragmented and more intuitive in 2017, maintaining a solid growth trajectory. What’s more? Well, the AI assistant also debuted on a feature phone for the very first time in 2017. The Google Assistant now resides within the JioPhone, marking its entry into the feature phone segment.

2017 saw Google take a second shot at making smartphones and once again, the company excelled in the camera department. The Pixel 2’s camera beat the iPhone 8 Plus and the Galaxy Note 8 to grab the top spot on DxO Mark camera ratings. Even though both the Pixel 2 and Pixel 2 XL came with their own set of issues, Google made sure to fix them with subsequent patches and updates. Sadly, the Pixel 2 and Pixel 2 XL ditched the headphone jack this time around, but both devices feature a custom image processing SoC made by Google for the very first time. Both the smartphones are available at effectively lower prices in India right now, making them attractive buys before the year ends.

Even though all major smartphone makers announced support for Android 8.0 Oreo, the operating system is only present on 0.5% of all devices as of December 2017. The OS only increased two-tenths of a percentage point since November this year, showing a slow pace of growth.

Project Treble came into existence with Android Oreo. Project Treble is meant to reduce fragmentation in Android by allowing OEMs to update the Android part of their phones, without waiting for hardware players to adopt new software. One can only know the impact of this in the long run, although manufacturers like OnePlus haven't done very well adjusting to Google's changes for providing faster Android updates, so far.

Google Lens was introduced at I/O 2017. It is a feature that allows the camera of the Pixel 2 smartphones to capture images and bring up relevant information using visual analysis. So, if you click a picture of the Taj Mahal, it will give you information about the monument. It can also search and recognise books, addresses, text and more. Google has now started rolling out the Google Lens functionality in Assistant for its Pixel and Pixel 2 smartphones.

Devising a solution for low-end phones with less than 1GB of RAM, Google announced the Oreo (Go Edition) at an event held in India. The lighter OS is Google’s way of making sure all low-spec smartphones run Android smoothly. Android Oreo Go isn’t a fork of Android and can be enabled by ticking off a configuration flag. Google claims that apps will open 15 percent faster on Android Oreo (Go Edition). Google’s pre-loaded apps also take up 50 percent less space now as Android Oreo Go uses the Android Runtime (ART) compiler to make the apps lightweight. The company confirmed that Android Go will be updated alongside each Android version, such as Android P (Go Edition), Android Q (Go Edition) and so forth. Phones with Android Go will also run the Go versions of Google’s popular apps, which we will talk about next.

Google Go, YouTube Go, Maps Go, Files Go, Assistant Go, are all examples of lean and light Google apps that have been created for low-end devices and data-conscious markets like India. Files Go will help free up space in low-end devices, allow offline file sharing and make searching for files easier. Google Go is designed to occupy less than 5MB space, with a tap-first user interface, and 40 percent lighter search results. Maps Go and Assistant Go are also lighter versions of the two already existing Google apps. All these apps, except for YouTube Go, were announced at Google’s annual India event held earlier this month.

Tez is by far the coolest app Google introduced in India, in the year 2017. Not only is it a fast and convenient method to send and receive digital payments thanks to its UPI integration, it also features a cool way of using ultrasonic audio to initiate money transfers. Tez can now be used to pay utility bills and has managed to amass 12 million Indian users in a short period of time. In fact, Google Tez accounted for 70 percent UPI-based transactions in the month of November.

Google launched the Datally app this year as part of its Next Billion Users initiative. The app is designed to help Android phone users understand, control and save on their expensive mobile data. It allows users to track their data usage in real time, and get personalised recommendations on saving data along with notifications of public Wi-Fi spots available nearby. The app is now globally available on the Google Play Store for all phones running Android 5.0 (Lollipop) and higher.

Death of Project Tango and birth of ARCore

Google retired its ambitious Project Tango this year. Project Tango leveraged depth sensing technology to augment reality, but required the use of special sensors and other hardware to do so. In 2017, Google realised the need to scale its augmented reality efforts in the smartphone space and replaced Project Tango with ARCore to compete with Apple’s ARKit. While Google Tango makes use of computer vision for Augmented Reality applications supported by motion tracking, area learning, and depth perception capabilities, With the ARCore SDK, Google aims to ease the adoption of augmented reality on Android devices. The new SDK will help developers create augmented reality applications for Android without the need of additional sensors or hardware improvements. An example of ARCore at work can be seen on the Pixel 2 with its AR Stickers, as well as the Atom Visualiser app on the Play Store.

The second coming of Android One

Google’s Android One programme saw a revival in 2017 with a host of phones, including - Xiaomi Mi A1, Moto X4 and HTC U11 Life, enrolled for the same. The Android One programme was launched back in 2014 and promised faster Android updates for devices, but it never really took off and saw no major activity in 2015-2016, until this year. Will the second coming of Android One finally prove fruitful? Let’s wait and watch.

Although Google Instant Apps were announced in 2016, they started rolling out only in October this year. Instant apps are aimed at bridging the gap between web apps and native apps. With Instant Apps, Android users can try apps immediately without needing to install them on their mobile. Android Instant Apps are featured on the Play Store with a new 'Try it Now' button in the listing.

AI is everywhere and few know that better than Google. CEO, Sunder Pichai announced a new Tensor Processing Unit (TPU) at the Google I/O 2017 held in May. This is a special chip meant to operate on Google’s TensorFlow AI platform and is capable of delivering 11.5 petaflops of processing power when 64 TPUs are combined to form a ‘Pod’. The TPU chip uses machine learning to improve image recognition and language translation.

Although we haven’t seen the sight of YouTube Live in India, it is a new subscription-based live TV streaming service available in the US. For YouTube Live, Google has partnered with over 40 networks in the US such as FOX, ESPN, CBS and more, including local TV stations. Along with the subscription, users also get a cloud DVR with unlimited storage that lets them record TV.

Criticised by security experts, Google Clips is a tiny square-shaped camera from Google which is designed to capture photos automatically using artificial intelligence to find the perfect moments. Images can be captured as stills, videos, or GIFs, and can also be exported to a phone over Wi-Fi. Google Clips is priced at $249 (Rs 16,213 approx) and is not available in India as of now.

Google added two new devices to its smart, AI-enabled line-up of Home speakers in 2017. The Google Home Mini is a smaller, button-shaped version of the existing Google Home, while the Home Max is the new tabletop smart speaker. The Home Mini can do everything that the existing Google home can, including setting timers and adding reminders, checking the weather, reading the news, searching the web and more. The Home Max is a larger, tabletop speaker that is supposed to be 20 times more powerful in terms of sound output than the existing Google Home. It features an auto-tune feature called Smart Sound, which auto tunes the speaker based on the music and space that the user is in. India availability has not been announced for both the speakers.

Leave it to Google to pioneer such innovative products. Pixel Buds are a genius idea for those who travel frequently. The wireless earbuds were announced alongside the 2017 line-up of Google Home speakers. Pixel Buds come integrated with the Google Assistant and are capable of actively translating 40 different languages in real-time. Google claims that the Pixel Buds are capable of providing 5 hours of active listening time. They also come with a charging case, much like Apple’s AirPods, which can charge the Pixel buds for upto 24 hours of battery life.

Those were all the major announcements made by Google in 2017. We have also wrapped up Apple in 2017 as well as Samsung in 2017 for those of you who are interested in what the tech companies were up to this year.