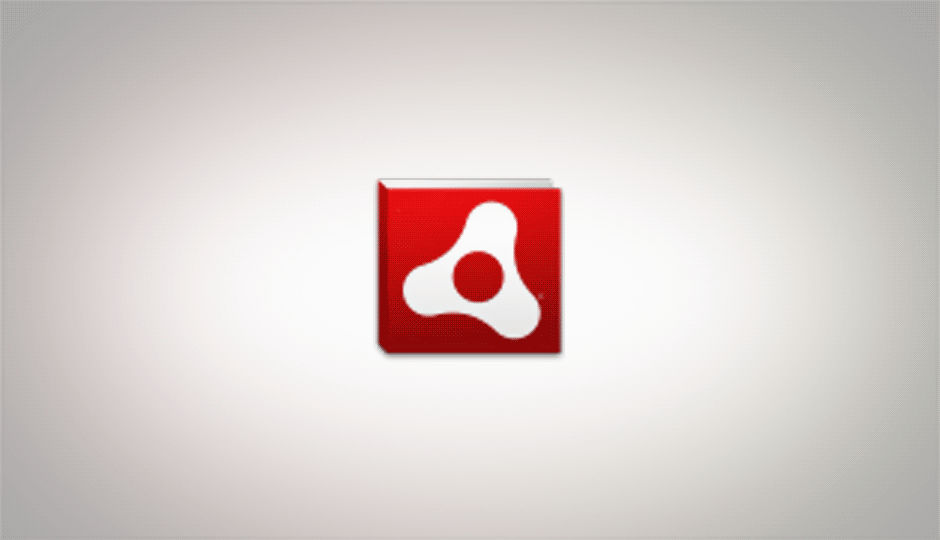 Adobe has released the latest update to their AIR runtime and SDK. The newest version 2.7, comes with numerous improvements for mobile and desktops, perhaps the most significant of them being an improvement in the performance of iOS application developed in Flash by a factor of as much as 4 times.

Adobe AIR 2.7 brings the runtime up to date with Flash Player 10.3, by adding the features it added in this last cycle:

Another great new feature for desktops is:

Adobe AIR 2.7 has released for mobile devices as well, It has been released for Android 2.2 and above, iOS 4 and above, and a update later this month with bring the version of Adobe AIR on the Blackberry Playbook up to date as well. The mobile release includes the following new features and enhancements:

More information is available in the release notes.

You can check out the following video to see the improvements in AIR's performance on iOS:

The Adobe AIR 2.7 is significant for more then just these new features and improvements. It also marks the completion of Adobe's effort to move to mobile platforms. Adobe intends to move on from simply improving the performance of the runtime on mobile platforms to "pushing the envelope". A lot of great new features lie ahead with Flash Player 11, and the next major AIR version, and that is probably where Adobe would like to concentrate now. It seems unlikely then that there will be a Flash Player 10.4 and AIR 2.8 release.

It seems like a bad move to drop a platform as major as Linux when newer open web technologies such as HTML5, CSS3 etc are actively competing against the Flash Player in features, performance and are completely cross-platform. Numerous toolkits such as the recently updated Appcelerator Titanium allow developers to create application that run natively on all three platforms.

Linux support by Adobe has never been stellar, as there is yet to be a stable 64-bit release of Flash Player on Linux — or any platform for that matter, but Linux 64-bit is more important as 64-bit browsers are more common on Linux — and the last release was Flash Player "Square" which was based on 10.2. Adobe AIR too was only available in a 32-bit version, and the methods for installing it on 64-bit were complicated, especially for newer Linux users. Did Adobe really expect more than 0.5% downloads when Linux was never supported to a full extent? More information about the status of AIR for Linux is available in this document.

Adobe is however not cutting off Linux entirely. They will make available an Adobe AIR porting kit, which includes the source code, to their Open Screen Project partners. Their partners can then release versions of Adobe AIR for the particular Linux-based implementation they are using on their device (PC, mobile devices, TVs, set-top boxes etc.) Adobe's own focus is on Mobile platforms now.