5 startling facts about global data use by 2025 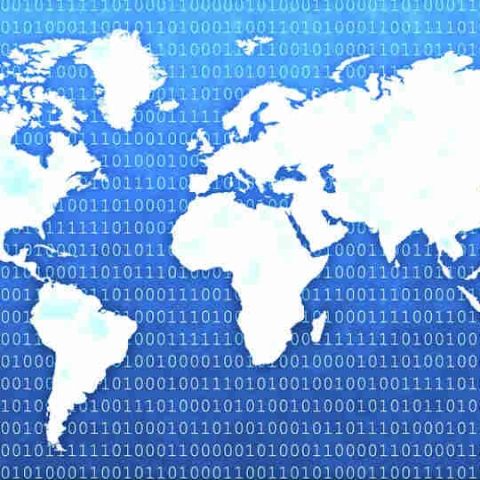 When you think about it, the modern age can be boiled down to data — images you upload to social media, cloud services, videos that are online, even your personal details. It all ends up as data. To make sense of how the future looks like, Seagate sponsored a IDC white paper called Data Age 2025, which aims to predict how the datasphere will be shaped by the year 2025.

Predicting trends is quite tricky considering so many technologies are in their nascent stage right now. Virtual and augmented reality is starting to be take shape and is slowing becoming more accessible to the masses. The same is true for connected devices. Right now, you are connected to maybe a couple of devices. In a decade, all your home electronics, car, cameras, toys, wearables would be connected and interact with you and each other. One also has to take into account that some of the upcoming technology may be nothing more than just a flash in the pan. Fads that disappeared after some other newer piece of technology, makes them obsolete.

Regardless of what the future holds, it is still very interesting to see where we are headed and what the future may hold. IDC has done its bit to try and predict the data that will be consumed globally by 2015 and some of their findings are truly startling.

The white paper predicts that there will be 163 Zettabytes of data by 2025, as compared to the 16 Zettabytes being used right now. To understand how much this data actually is, imagine watching the entire catalog of Netflix. Now watch the entire thing 489 million times. That is the amount of data that will be used. If you try to write 163 Zettabytes onto DVDs, you’ll need 40 trillion DVDs.

The paper projects that by 2025, over 20 percent of data in the global datasphere will be life critical. How critical? Well, it would be used to provide information to autonomous cars, which are currently being tested right now. It would also be used in healthcare for remote monitoring patients. It would even be used for operating the power grid.

Right now, the IoT is still a pretty nascent technology. Currently, we could have maybe one connected device on us. By 2025, though, we may have as many as four devices on us. It is predicted that we would interact with a connected device almost 4800 times a day on average. That’s once every 18 seconds.

The rise of Artificial Intelligence

While the devices we have right now may be smart, they aren’t what you would call intelligent. However, all this is set to change by 2025. IDC predicts that by 2025, the amount of analysed data which is ‘touched’ by cognitive systems will increase by 100 times to 1.4 Zettabytes.

Which so much data being moved around in 2025, the paper believes that nearly 90 percent of it will need to be secured. This makes sense considering that 20 percent of the data is expected to be life critical. However, less than half of this data will be secured. This is one prediction everyone should pray that it doesn’t come true.

By sponsoring the white paper, Seagate hopes to gain a deeper understanding of what is to be expected in the years to come. This information will be used by the company to create better storage systems with higher capacities that can handle the immense about that data that will be in use by 2025. These solutions would benefit not just enterprises, but consumers as well.