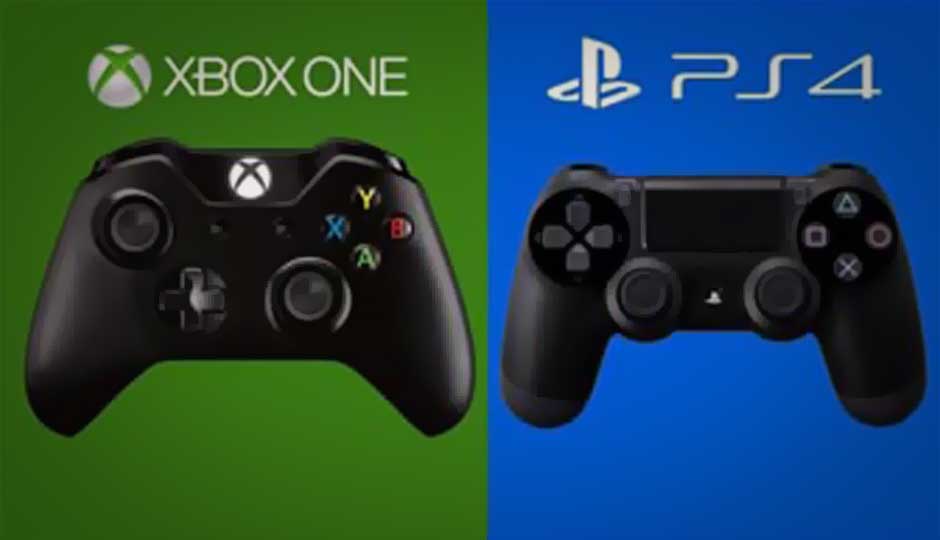 Xbox One vs. PlayStation 4: Tear 'em Down

Now that the next-gen consoles are out and given how they're incredibly prone to problems, how easy would they be to fix in case of a hardware calamity?

The Xbox One and the PS4 have finally launched in several countries and while we in India (patiently) await the release of the consoles, the guys at iFixit have already got their hands on a unit each and taken them apart.

The iFixit teardown has revealed some very interesting bits about the insides of the Xbox One and the PlayStation 4, with special mention of how the Microsoft console has been designed to avoid the Red ring of Death that plagued the first few generations of the Xbox 360. Comparing the two consoles being ripped open is actually quite interesting, as it shows the difference in the engineering ethos the two companies have taken towards their consoles.

While Sony’s console feels like a daunting task to take apart with tons of screws and internal parts, the Xbox One is held together mostly by clasps that require pulling on in order to get a part to pop open. While the Sony console is encased in a cage and metal sheets, opening the Xbox One reveals a very PC like design, one reminiscent of those horizontal profile towers.

When examining the Blu-Ray drive in both the consoles, Sony’s approach has been to bolt the drive to its own proprietary logic board which uses four different connectors to interface with the drive. Xbox One, on the other hand, utilizes a standard SATA data connector for all communication duties. Chances are that if you need to replace the drive in the Xbox One, you could just pop it open and put the replacement (as long as it’s compliant/compatible) while you might have to struggle with the PS4’s overwhelming proprietary means of connectedness.

Moving a little further in, the amount of space available inside both the consoles is clearly evident. The PS4 looks like a sleek black ninja while the Xbox One looks like a clunky brick, but turns out, there is a reason for that. While Sony aces miniaturization and includes even the power brick on the inside of the console, opening the Xbox One reveals a LOT of empty space. So much space that you could possibly sublet the damn thing to a farmer. The reasoning for this seems to be the need for ventilation. While Sony’s system is internally cooled by an incredibly unconventional (yet-another-proprietary part) 85mm fan, the Xbox is getting that wind going using a much larger, standard 120mm fan.

Since the PS4 packs a lot into relatively very little space, the 85mm fan has a LOT riding on its proper functioning, meaning if you live in a country where cleaning inches of dust is a part of daily life, then you will have to clean the fan VERY regularly. The Xbox One’s 120mm fan coupled with the generous amount of empty space inside will ensure better airflow and thus better cooling, avoiding the Red Ring of Death issue.

The hard drive on the PS4 is user replaceable and is held in place by just a screw. Nothing too difficult or interesting happening here, but the Xbox One has a different story. The Xbox One does not allow the users to replace the internal 500GB hard drive and iFixit says that even though the hard drive is connected using a standard SATA data connector, it would void the warranty if the HDD was unplugged. If you do decide to throw the warranty out the window and want to upgrade the internals to an SSD or a larger capacity drive, there is no knowing whether anything would work just out of the box. We know that even though the Xbox 360 Slim used standard 2.5 inch SATA drives, only specific Western Digital branded drives could be flashed with the Xbox firmware to make them compatible with the system. On the other hand, PS4’s user replaceable hard drive makes sense since Sony won’t allow the use of external drive or USB sticks with the consoles. For pure install purposes, a 500GB HDD on the Xbox One should be enough, especially seeing how Microsoft will allow the use of external drives and USB sticks for media playback.

While iFixit gives both the consoles a score of 8/10 for ease of repair, we feel the Xbox One will be easier to fix simply due to the fact that the components used inside are pretty standard. Standard SATA connectors paired with non-proprietary components like a 120mm fan or a regular Blu-Ray drive and a standard 2.5” HDD is easier to find than an 85mm fan or a thin Blu-ray drive that can connect to Sony’s optical drive logic board. However, what remains to be seen is whether the PS4 and the Xbox One even require repairs, and if so, with what frequency! Sony’s already off to a bad start in this department with a few hardware and software issues plaguing the console at launch, but we reserve the same judgment for Microsoft since their console has only hit the market a few hours ago.