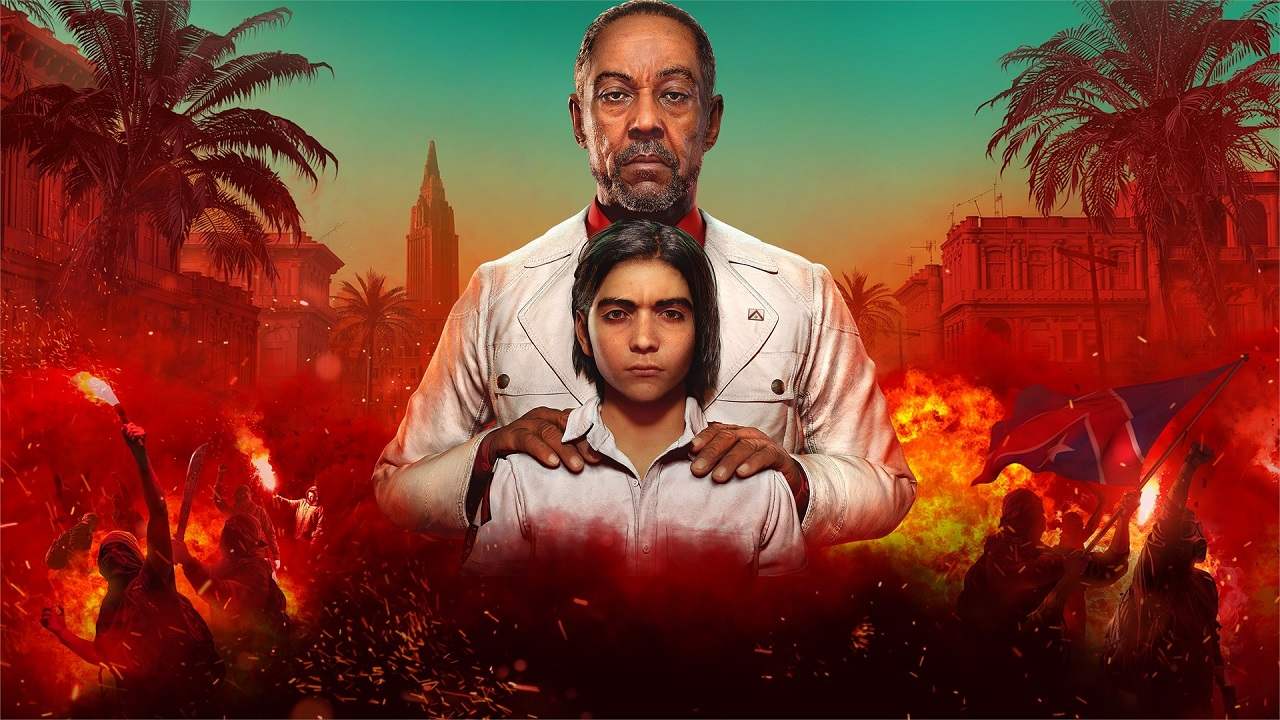 Far Cry 6 has been released and for those of you wondering whether the game is worth it or not, you can check out our review here. In our review, we said, “Far Cry 6 is a Far Cry game through and through, which is not necessarily a bad thing. It’s got all the things you would expect from a Far Cry game, and then some. Yara is beautiful and lots of fun to explore, and the story is pretty good as far as Far Cry games are concerned. Overall, if you enjoy the Far Cry format or open-world games in general with a decent but fairly predictable plot, then Far Cry 6 is an easy pick up”.

A hallmark of the Far Cry games has always been its villains. From the chilling Vaas Montenegro in Far Cry 3 to the intimidating Joseph Seed in Far Cry 5 and even Far Cry 4’s Pagan Min, the series has some villains that will go down in history as some of the best villains in video games. Adding to that list is Antón Castillo AKA El Presidente played by the legendary Giancarlo Esposito. But you may better know him as Gus Fring from Breaking Bad. His performance is top-notch in the game and some of his motivations though sinister, selfish and outrageous, has grounded roots. His son in the game doesn't agree with dear daddy's ways and brings about an interesting element to the story. Overall, there’s nothing more engaging than taking down a great video game villain and while the path to that may be padded, it is definitely a fun journey.

Throughout the game you will learn about the various rules a “Guerilla” will live by and the most important is rule number 9 - the right equipment for the right job. There are workbenches scattered throughout the map that you can use to customize the guns at hand and they are all located in very handy places. Early on the game has a tutorial where you scan a base with your smartphone's camera to judge the enemies and based on whether you want to take the silent approach or go guns blazing, know that your arsenal probably has the right tool for the job, even if that's a launcher that shoots pirated Macarena CDs or is a machine gun powered by a motorcycle engine. Not only is the arsenal diverse but you have the option to switch your loadout, bullets, and weapon customization by visiting one of these workbenches before a mission. Add to it the fact that you can play the game with friends and you are in for one heck of a ride!

If you have played a Far Cry game in the past, then you will feel right at home. Actually, scratch that, if you've played Ubisoft games launched in the past, be it Assassins Creed, Ghost Recon, The Division and more, you’ll feel right at home with some of the mechanics. Frome safe zones that you can explore in third person, to stealthy clearing out a camp, to bass building, sending allies on missions, playing tabletop games, to a cockfighting minigame, so on and so forth, there are elements from other Ubisoft games at play here as well and it shows. You have companions in the form of amigos to help you in your mission which we have seen in action in previous Far Cry games.

There are a lot of vehicles for you to drive in the game from cars, tanks and even a horse, which to be honest was my favourite mode of transport. Coming from Far Cry 5 a lot of elements feel familiar and that's not necessarily a bad thing, especially when you add the new elements like holstering your gun to sneak by enemies undetected in plain sight, or bribing enemies for information or simply setting things on fire. The sky's the limit for the way you want to progress in the game.

What we didn’t love

Padding to prolong the game’s life

Just like we’ve seen with so many Ubisoft games in the past, there is a lot of padding, and grinding required to progress. While there is no recycling of missions (yes Metal Gear Solid 5, that still hurts), you do need to go through a bit of a grind to proceed and that can get a little off-putting in the game.

While these are things that will get fixed via updates, there are times when the AI was so buggy, it was frustrating. In an early mission with an AI companion, I climbed a small guard tower to get a better view of the mission at hand and my AI companion stood right in front of the ladder blocking my exit and I couldn't escape. I even started a firefight in the hope that the AI companion would move but nothing happened. Similarly, the Amigos did not respond to my commands and at times. These are small niggles, but happened often enough to warrant a mention.

Overall Far Cry 6 is a fun game for Far Cry fans and will appeal to those looking for an engaging shooter with quirky one-liners and an intriguing story. The map you explore is HUGE and there is a lot to do in the game if you want to wander off the main path. The weapons arsenal is diverse and the fact that there are proper cutscenes involving your character and not just in the first-person view adds a bit more flavour to the story. The opening sequence of the game reminded me a lot of Uncharted: The Lost Legacy’s opening and that's a very good thing. Despite its niggles, Far Cry is a fun game for those looking to venture into the fictional land of Yara and fight for the revolution!

Here are the best unlimited plans under Rs 200 by Airtel, Vi and Jio Previous Post
Should AI tools be regulated by the government? Nvidia’s Huang says yes Next Post