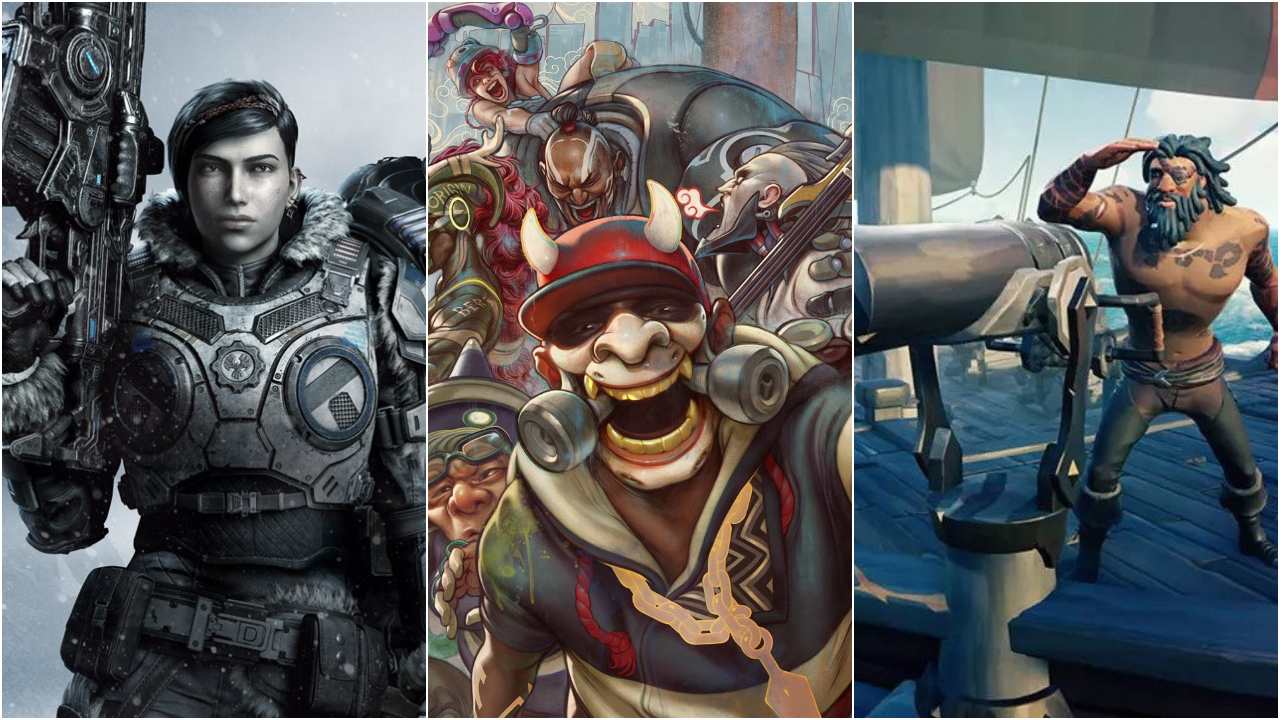 The Xbox One has a decent portfolio of exclusives. A lot of them offer a unique multiplayer experience. Here is a look at 5 Xbox One games you can play with your friends while staying at home and staying safe.

With people choosing to stay at home more due to the ongoing pandemic, online gaming is one way to stay in touch with friends and what better way to have fun than to play with or against your friends online. If you are an Xbox gamer, then know that there are a lot of good online multiplayer games exclusive to the platform. The part is you don't need to drop two or three thousand rupees to play the games. If you have a Game Pass subscription, you can get to playing these games with your friends quite easily. Do remember that you will need Game Pass Ultimate or Games With Gold to play the games online with friends. So, here is a look at some great multiplayer experience’s exclusive to the Xbox One.

Bleeding Edge is a different take on the team-based multiplayer experience. Ninja Theory, the developers behind Hellblade: Senua’s Sacrifice are the developers behind this 4v4 multiplayer game. Melee combat is the key here and the game has unique pacing when compared to the online play in Call of Duty. The characters are divided into three classes - Damage, Support, or Tank. Each character also comes with a unique ability like the ability to be invisible for some time. The game is easy to learn, tough to master, and it will take you some time to understand the rules of engagement as it requires more thinking than the traditional running and gunning in games like PUBG. The game may have been buggy at launch, but a slew of updates over time has ensured a smoother experience for players overall.

Gears 5 has a great single-player campaign. You can check out our review here. After the sun has settled on a fantastic single-player mode, you can enjoy this game for a really long time by playing with your friends online. Not only can you go through the story once again with your friends in multiplayer, but can also enjoy a number of multiplayer modes like Horde Mode, which has been a staple of the franchise since Gears 2, Escape mode where you and 2 more friends need to escape from the Locust. This mode is a lot of fun and players can also create their own labyrinth as a level for others to beat keeping the experience fresh. There is also the standard versus mode for those that want to fight their friends rather than team-up.

Forza Horizon 4 is a game you can play with your friends even when they aren’t online. When your friends finish a race their time is saved online and when you play that same race, you are racing against your friend’s avatar so when he is back online, he will know whether you have beaten his time or not. It is an interesting way to revisit races to keep the competition going between friends. There is also a team adventure where a team of 5 races against another team of 5 in different events. Players can compete in ranked or unranked adventures.

If you and your friends want to sing merry songs, sail the vast seas, fight a Kraken or simply hunt for treasure, then Sea of Thieves is the adventure for you. It literally makes you feel like a pirate, and if you are up to the challenge, you can loot other pliers online for their spoils. The developers have constantly supported the game since launch, adding new adventures and updating the game so you always have an adventure waiting when you log in with friends. Just remember to count that everyone is on board before you leave an island. Yes, I was marooned by my teammates once and it hurt.

Strategy games are hard to play on a console with a controller, but Halo Wars 2 seems to be the only game to ensure the game is not only playable but also a lot of fun when played with a controller. The game's single-player campaign is for those that want to enjoy a Halo story, but it is the multiplayer which will keep you and your friends engaged. The game has 4 multiplayer modes - Blitz, Deathmatch, Domination, and Strongholds. Blitz is an interesting mode as players need to hold three points on the map to earn “tickets”. The first to reach 200 tickets wins. Deathmatch and Domination are self-explanatory and traditional modes when it comes to strategy games. Stronghold gives the player unlimited resources and the “strongest” player at the end wins. Simple.