With Reliance Jio’s DTH launch expected soon, is Hybrid DTH the next battleground? 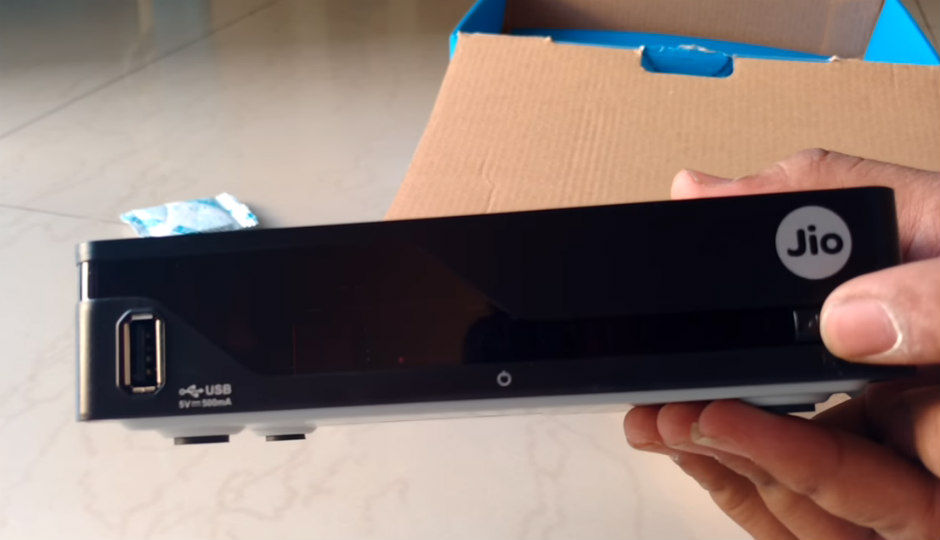 After shaking up the telecom industry, Reliance Jio is expected to expand its presence and launch its DTH services in India soon, possibly in the form of a Hybrid DTH set-top box. However, the company hasn’t confirmed its plans yet and reports suggest that the service might be launched as early as next month. However, Airtel recently launched its own Hybrid DTH service in the form of Airtel Internet TV. It seems like these two companies will be going head-to-head once again, and if their issues over telecom are anything to go by, we should be preparing for another round of price wars.

Unlike a standard set-top-box (STB), which only offers digital cable programming, a Hybrid (STB) offers cable programming as well as streaming content. Those who already have a subscription to services such as Netflix or Amazon Prime Video will be able to view their content via the STB itself. So, instead of using a media streaming stick like the Chromecast to view online content on TVs, or buying a smart TV, consumers can invest in a Hybrid STB instead.

Images said to be of Jio’s DTH STB were leaked a while back and the device is tipped to come with an ethernet port alongside the standard set of ports like HDMI, USB and audio-video, hinting at the possibility of it offering Hybrid DTH services. An unboxing video by YouTuber, Prajesh Jasani, seems to confirm the same. Reports also suggest that the service will over 360 channels, with at least 50 being offered in HD. It is also tipped to offer a seven-day catch up option, which will allow users to view week-old content. However, unlike Airtel, the content will not be stored locally, but on Jio’s servers, and will be pulled as per the user’s requirement. This will need fast broadband speeds in order to ensure that the viewing experience isn’t hampered. Since Jio is also upping its broadband game, the company could kill two birds with one stone.

Jio has already confirmed that it has started its Fibre to the Home (FTTH) business in select locations, and plans to widen trials over the next few months. It is possible that the company may launch both service together and offer users bundled deals, or launch its DTH services before its officially kicking off its broadband business. If Jio's DTH services materialise sooner than FTTH, it might offer users the chance to either use their existing broadband connections, or use their Jio Wi-Fi devices to connect their STBs to the internet. The company might link the user’s Jio number to the STB, and introduce new plans. It is also a possibility that Jio's DTH box is GSM enabled.

One of the locations where Reliance Jio is testing its broadband services in is Mumbai. Over there, the company is offering a scheme similar to the Welcome Offer it had for its telecom services. One of our team members got a 100Mbps connection with an FUP of 100GB per month free for three months. If Jio offers something similar to its DTH connections, then Airtel might have a reason to worry. To recall, Airtel Internet TV is priced at Rs. 4,999 with a three month digital TV subscription and as a limited period offer, customers can pay Rs. 7,999 and get the service plus the STB for a year.

Apple could bring back the original HomePod in a new avatar in early 2023
Dizo Buds P Launched In India With 13 mm Drivers, 40 Hour Playtime
Microsoft Xbox cloud streaming device could launch by Summer 2023: Report
Bose Smart Soundbar 900 launched in India with Dolby Atmos
Optoma introduces the WUXGA Projector series with up to 21000 lumens of brightness
Advertisements