App of the Week: Frankly.Me 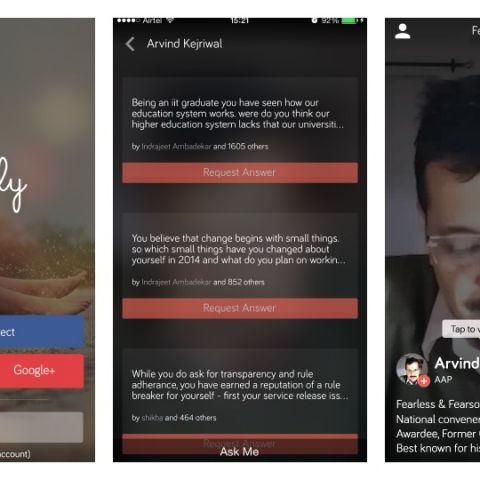 This week’s app of the week, Frankly.Me, has the potential to become much more than it currently is. It will take the app time to achieve the said potential, but you can definitely see why it could be useful. You'll find the app under the name 'Talk To Celebrities, Frankly', on your app store.

The app was originally created to form a communication channel between the general public and celebrities from different arenas. Frankly.Me has names like Arvind Kejriwal, Javed Akhtar, Kiran Bedi and many more right now. Also, in lieu of the ICC Cricket World Cup 2015, the app has brought in Jatin Sapru, sports presenter and commentator. 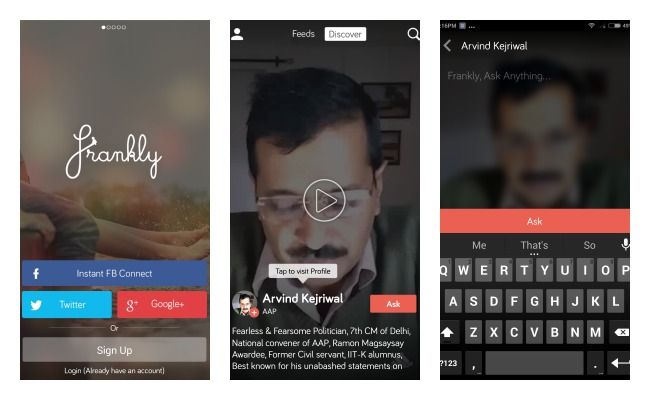 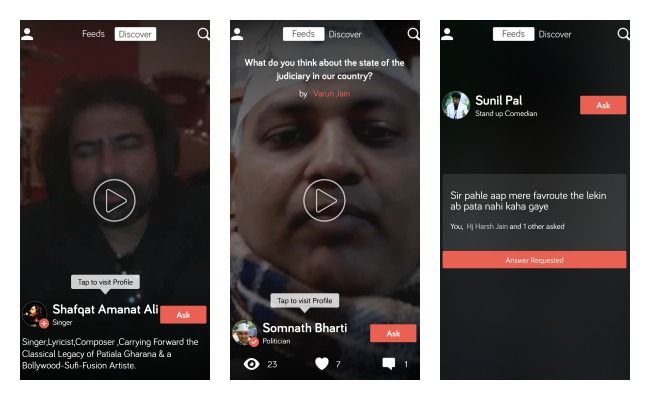 Android version of the app

Frankly.Me allows users to pose questions to the celebrities who are available on the app. The celebrities then respond to these questions through video selfies of themselves. In addition, you also have the option to like, share and comment on answers that celebrities have posted. Furthermore, there’s WhatsApp integration that allows you to share stuff with friends from the app. 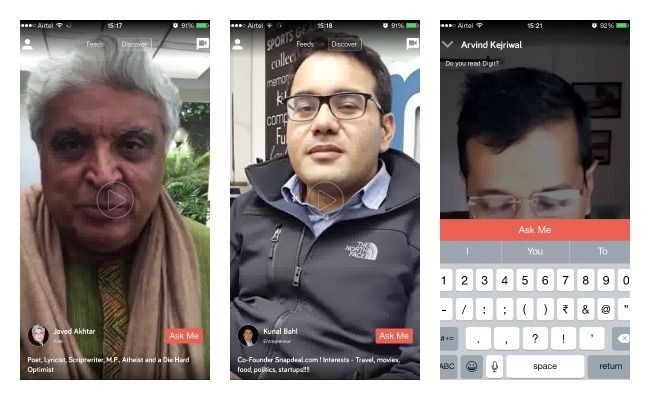 iOS version of the app

Another reason for liking Frankly.Me is the interface. The app has a simple yet good looking design. While it obviously looks good on high-end phones, Frankly.Me seems to have paid a lot of attention to the lower end smartphones as well. The app runs resonably smoothly on a budget device, with minimal lags and stutters. There is a slight stutter when you're on the search screen, but not enough to hate the app.

What Frankly.me needs to work on is getting more big name celebrities into the app and increasing interaction between users. The social network element needs to pick up and that can only be achieved if resources are spent towards getting more people to sign up. The idea is very new, especially for a country like India, but it has a lot of potential if done the right way. Lastly, the categories for the celebrities needs to be increased. For example, while Jatin Sapru has been added for the World Cup, there is no section that lets users check only for sports personalities. Of course, that's possibly because there aren't enough sports personalities on the app yet, but even otherwise, there aren't enough categories. You will categories like Actors, Politicians, Authors, Chefs, Singers, Radio Jockeys, Entrepreneurs, New on Frankly, Trending Now and Subject Experts. A lot of these sections don't have many big names either, which we hope will be added later.

The app is currently available on Android and iOS.

WhatsApp users will have to choose to accept terms of service or delete their account in 2021: Report
WhatsApp brings voice and video calling feature to its desktop app
WhatsApp is now testing self-destructing photos, coming to both Android and iOS
How to register for the CoWin Covid-19 vaccine using the Aarogya Setu app
Facebook introduces new music app inspired by TikTok called BARS
Advertisements