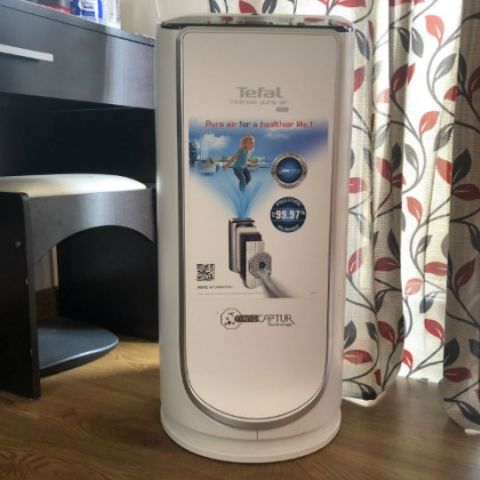 The Tefal Intense Pure Air is an average quality air purifier; too noisy for the bedroom, with a tacky build quality and poor purification performance.

Filter life not as long as expected

Tefal claims to make use of ‘NanoCaptur’ technology to destroy formaldehyde, an air pollutant vapour that can causes severe respiratory issues and in some cases, skin irritation. Formaldehyde is found in made household products such as building materials, disinfectants, fabrics, certain paper coatings and more. It is also found in the environment naturally.

Now, Tefal’s NanoCaptur tech is based on the Ethera technology created by French Alternative Energies and Atomic Energy Commission (CEA) and France’s National Scientific Research Center (CNRS). What the technology does is that it creates a one-way trap for chemical pollutants such as Formaldehyde within a porous material. The material changes colours when the filter is saturated, thus indicating the need for a filter change.

While all this sounds pretty impressive, in real-life usage the Tefal Intense Pure Air does not do a good job of cleaning the air of pollutants such as tobacco smoke and disinfectant smells. In fact, we tested the air purifier on a lung patient, who also previously helped us test the Honeywell Airtouch S8. The user who suffers from major breathing issues, especially in a city like New Delhi where air quality is severely poor, did not feel a noticeable difference in air quality while using the Tefal Intense Pure Air. In fact, the air filtration experience was subpar and on the auto setting, the air purifier was constantly running on full capacity, adding noise to the already present pollutants in the room.

When pollutants such as tobacco smoke are introduced in the room, the Tefal air purifier needs to be run on the highest fan setting in order to get rid of the smoke. While the smoke itself disappeared in 10 minutes, the smell lingered on for about 30 minutes. The problem here is that on full fan setting, the air purifier is too noisy for anyone’s liking. On the silent mode, which has no dedicated button and has to be accessed by pressing the fan speed button multiple times, there is absolutely no clearance of smoke in the room. Running the purifier on the highest setting is also detrimental to the cooling effects of an air conditioner in the room as the purifier sucks in all the cool air to blow out cleaned air which is warmer than the AC air. So using the purifier when the AC is on is a frustrating experience. This is something purifiers like the Dyson Pure Cool Link address by throwing out cooled, filtered air.

Since the purifier was tested in a room which is also occupied by a dog, I did not see any dog hair being trapped or sucked in by the air purifier, odors did not vaish as promised, neither did the feeling of dust in the air. In comparison, the Kent Alps Air Purifier and even the Xiaomi Mi Air Purifier 2 did a much better job of ridding the air of foul smells. 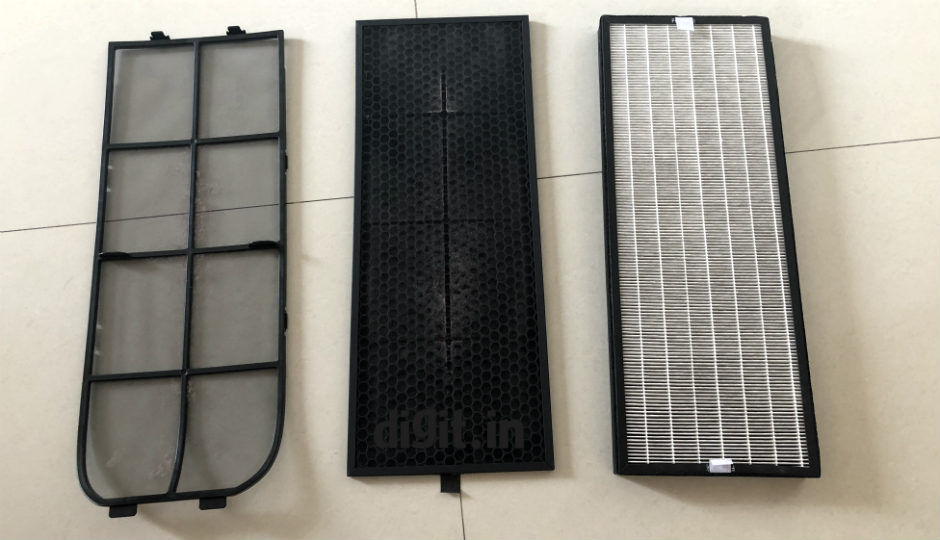 For filtration, the Tefal Intense Pure Air uses a total of four filters - a Pre-filter to grab human hair, dust and pet hair; an Active Carbon filter to trap odors and smoke; a HEPA filter to clean out PM 2.5 particles, bacteria, pet dander and dust mites; and lastly, the NanoCaptur filter, we already spoke about. The NanoCaptur filter comes in a separate silver packaging within the box and has to be fitted first before assembling all the other filters.

Changing the filters is an easy job and the Tefal Intense Pure Air uses a snappable front cover, opening which reveals the housing that fits all the other filters. However, rough handling of the snappable cover or filters could destroy their cheap plastic press fits. 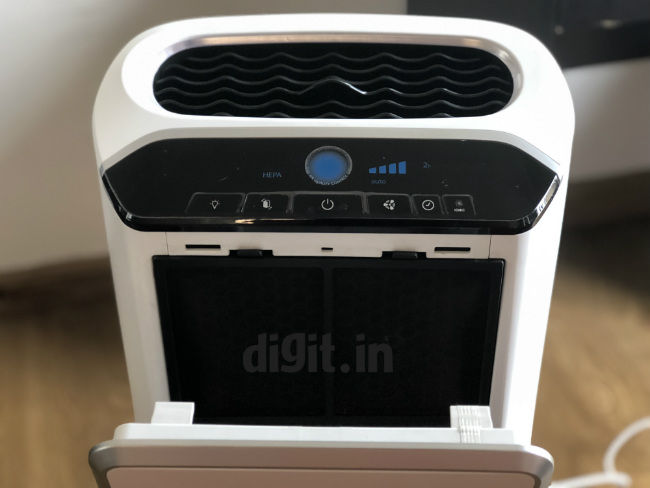 The product comes with the filters disassembled in the box and it doesn’t take a genius to fit them within the body. In fact, the front cover has pretty detailed instructions for placing the filters printed on the inside, so opening the front panel will reveal these instructions and one need not refer to the manual for the same.

What is confusing is the buttons on the top panel of the purifier. The buttons are not labelled properly and can be a challenge for someone who is not very tech savvy. There is a button to switch on/off the ambient light on the purifier, one which is a filter change indicator, one for fan speed/silent mode, one to set a timer, and one to switch on ionisation. A large, circular air quality indicator sits above all the buttons and goes from Red to Blue during the filtration cycle. The problem with the air quality indicator was that it turned Blue even when the air quality in the room was very obviously poor.

As per Tefal, Pre-filter cleaning is required every 2-4 weeks, but I needed to clean it almost every 3 days. The Active Carbon filter which is priced at Rs 1,999 needs replacement every 12 months, but it also accumulates a lot of dust and other particles and needs to be dusted every few days. The HEPA filter ideally needs replacement every 3 years and will cost you around Rs 2,500, however, in my case the HEPA filter change indicator went off only 2 months after I started using the purifier. 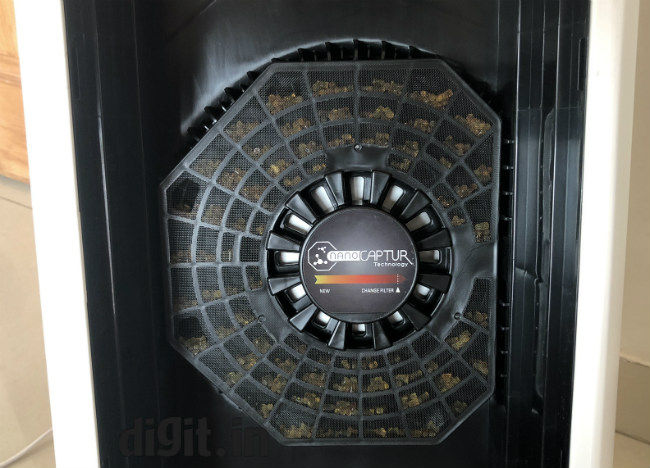 The NanoCaptur filter will need to be removed from its housing to check if it needs replacement. The filter, as described before in this review, contains translucent granules which will change colour as per the formaldehyde absorption. A colour chart is provided to determine this colour change and indicate the need for filter replacement.

Lastly, there is no supporting app or Wi-Fi/Bluetooth based controls on the Tefal air purifier, which is a sad given that competing air purifiers in the same price range provide said features.

The Tefal Air Purifier packs in all the popular purification technologies out there, but fails to impress with its lacklustre performance. I would rather buy the Mi Air Purifier 2 at the same price to get better controls and a more informed air purification experience. It even fails to excite with design and looks, thanks to its inferior plastic body.