Best Smartwatches for Men in India (2022)

Most smartwatches these days are designed to be unisex. Which means that they are generally designed to be worn by anyone. However, there are some wearables that offer features that might be of particular interest for men. This could be due to their rugged looks that tends to be the norm for manufacturers when they are designing a smartwatch for boys. However, that does not mean that there aren’t any sleek looking smartwatches for males. Here’s a look at some of the best smartwatches for men in India. 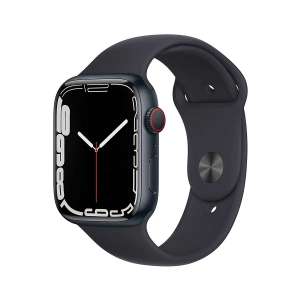 The Apple Watch Series 7 continues to be one of the best smartwatches to buy in India. As with the iPhone, the Apple Watch offers users a premium build coupled with top-notch features. The Apple Watch Series 7 is actually pretty similar to the Series 6 before it, but who said building upon something already that good is a bad thing? Although, do note that you’ll need an iPhone in order to use it.

The Samsung Galaxy Watch4 Classic makes use of WearOS, which automatically gives the device access to a host of applications. On top of that, it adds its own UI that takes cues from its previous Tizen-based operating systems. This means that the new device is still using that same UI that makes it easier to scroll through menus using the physical rotating bezel. Aside from that, you also get pretty good fitness tracking options.

The Garmin Fenix 7X Solar is possibly the ultimate multi-activity tracking device. It comes packed with sensors that include an altimeter, barometer and a compass. Aside from this, it offers a combination of touch screen and button controls. This allows you to use the device even when you wear gloves. The solar charging features help to extend the battery life when outdoors.

The Fitbit Sense offers a beautiful design that takes cues from the company’s Versa lineup. The wearable offers features such as an ECG monitor, stress sensing and a skin temperature sensor. It also packs an SpO2 sensor, and a built-in GPS. Aside from all this, you also get Fitbit’s feature-rich app that offers an easy-to-understand interface. Then there is Fitbit’s premium membership that offers access to even more detailed information as well as more workout routines.

The Mobvoi Ticwatch E3 offers users a relatively affordable option if they are looking for a full-blown smartwatch experience. The Ticwatch E3 is powered by WearOS, which means that they get access to a whole host of apps as well as watch faces. Other features include built-in GPS, IP68 certification and more.

The Garmin Instinct 2 is a pretty good option for those looking for an all-round activity tracker. The newest version of the device is also available with solar charging and the company claims endless battery life. It also comes with Stealth and Jumpmaster modes, and which guy wouldn’t want that.

Thanks to its all-metal build option, the Fossil Gen 6 offers users a stylish option for a smart wearable. The wearable offers faster charging speeds as compared to its predecessor while also adding SpO2 tracking. The device is powered by WearOS, so users get access to a whole host of apps and features.

The Amazfit T-Rex Pro is a relatively affordable option for those looking for a rugged smart wearable. It offers MIL-STD-810 certification for ruggedness and offers water resistance up to 10 ATM. It also packs a compass, barometer and offers features such as weather tracking. It can also track over 100 sports modes.

The Oppo Watch might not be the newest offering from the Chinese manufacturer, but it still manages to offer a lot for its asking price. The device packs a 1.91-inch AMOLED display with dual-curved display. It runs Google’s WearOS and is powered by a Snapdragon Wear 3100 SoC. It will track multiple activities and is also water resistant up to 5ATM. The company claims that the device can offer a battery life of 21 days thanks to a 430mAh battery. It can also be charged quickly thanks to VOOC flash charging.

The Suunto 7 is a pretty unique offering. Its WearOS base gives users the flexibility to access major apps that they can install on their wearable. Along with that, the legacy and expertise of Suunto give the watch a top-notch build that can rival any rugged watch in the market. As such, the Suunto 7 is arguably the most rugged device that can still offer the versatility of a proper smartwatch.

List Of Best Smartwatches For Men In India (Aug 2022)