Reliance Jio’s entry into the telecom sector has sent others into a frenzy. VoLTE is the word of the day and consumers are interested, as are OEMs. There’s been a flurry of VoLTE enabled smartphones in India recently, with companies taking advantage of the newest SoCs in the market. Qualcomm has enabled VoLTE calling on almost all of its SoCs, while companies are going out of their way to provide the feature on even the cheapest possible smartphone. However, that doesn’t mean you buy the cheapest products only. These are the best VoLTE smartphones to buy right now. Although the prices of the products mentioned in the list given below have been updated as of 26th Nov 2020, the list itself may have changed since it was last published due to the launch of new products in the market since then. 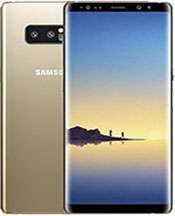 The Samsung Galaxy Note 8 is excellent when it comes to network performance. In fact, some tests say it’s better than the iPhone 8 Plus, which is a feat in itself. The device is the best Android has to offer right now, and gives you seamless VoLTE support.

Apple’s latest and greatest is not a big upgrade over its predecessor, but it’s a better phone still. And that means it takes the second spot on the best smartphones for VoLTE support list. The iPhone 8 Plus is a great phone in other respects as well, so as long as price is not a concern, this is the right choice.

Samsung’s new 10nm Exynos 8895 SoC supports all the newest standards in terms of LTE and VoLTE capabilities. In fact, if you can afford a flagship smartphone, then this is one of the fastest you can get. It supports downlink speeds of 1Gbps, while uplink speeds are marked at 150 Mbps. For enthusiasts, these numbers would make a lot of sense.

Combining the power of Qualcomm Snapdragon 835 and 8GB of RAM, the OnePlus 5 is currently the second best Android phone if VoLTE is is your main priority. The phones offers Gigabit modem offering better surfing and streaming speeds as well. The camera is not bad either. In fact, with the OnePlus 5 the company is finally trying to match the camera quality of Galaxy S8, Pixel XL and iPhone 7.

Between the LG G6 and LG V20, the G6 makes the cut simply because it’s newer. However, the two phones are the same as far as 4G and VoLTE connectivity is concerned. The G6 is LG’s first 2018 flagship, and it’s a really well made device too.

Huawei’s Honor 8 Pro support all of India’s LTE bands and has VoLTE capabilities. That is combined with good performance and a great camera. It’s priced at Rs. 29,999, making it a very good mid-ranged flagship to buy.

The OnePlus 3T is the most value for money smartphone in the market, based on our tests. OnePlus has allowed VoLTE calling on the device too, which means you simply need to add a Reliance Jio SIM card to get true VoLTE calling. Remember, the person you’re calling will have to be on a VoLTE network too.