When we think budget, we usually think Chinese products. China has a slew of brands that offer ridiculously inexpensive gadgets. However, if you are in the market searching for a competent pair of true wireless earphones that won’t put a dent in your pocket and are also not created by Chinese companies, then you’ve come to the right place. These are the best affordable true wireless earphones from non-Chinese companies. Although the prices of the products mentioned in the list given below have been updated as of 1st Aug 2022, the list itself may have changed since it was last published due to the launch of new products in the market since then. 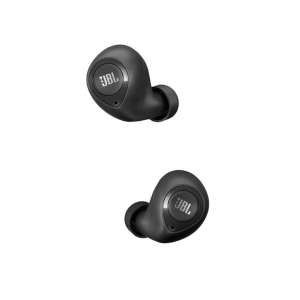 JBL is an American company that is owned by Harman International Industries, which is a subsidiary of South Korean company, Samsung. One of JBL’s most elusive offerings is the relatively recent JBL C100TWS earphones which is currently priced at Rs 3,799. The earphones feature 5.88mm drivers and a typical JBL bass-forward sound profile which are ‘tuned for India’, as per the company. They have a total of 17 hours of battery life along with the charging case and also have fast charging capabilities which allow users to top up the earphones for 1 hour in just 15 minutes.

Wings Lifestyle is a relatively new Indian audio company which has a couple of offerings in the true wireless segment. The Wings Touch true wireless earphones is a solid purchase at Rs 3,499, packed with features such as full touch controls for media playback and calls, a whopping 30 hours of battery life with the charging case (6 hours on the buds + 24 on the charging case), Google Assistant/ Siri support, auto-pairing and much more. The earphones feature 6mm drivers with a titanium coating that provide accentuated bass.

Noise is an Indian audio company that has quickly gathered mass appreciation and popularity for their affordable yet capable products. The Noise Shots Neo true wireless earphones have a ridiculously compact form factor along with ergonomic earbuds. They also feature full touch controls, 18 hours of combined battery life, Bluetooth 5.0, and an IPX5 sweatproof rating, all for a lowly price of Rs 2,499, making them one of the most value for money pair of true wireless earphones you can get your hands on.

boAt is an Indian company that sells earphones, headphones, travel charger, charging cables, and more. Priced at 2,999, the boAt Airdopes 441 are a pair of true wireless earphones that were recently launched by the company. Featuring Bluetooth 5.0, the earphones come equipped with 17.5 hours of total battery life, with 3.5 hours on the buds themselves and an additional 14 hours on the charging case. They also come equipped with bells and whistles such as full touch controls, silicone wings for a snug fit, voice assistant support, IPX6 water and sweat resistance, and boAt’s IWP technology. The IWP (Insta Wike n’ Pair) technology allows near-instantaneous connection when the earbuds are extracted from the case.

Skullcandy Inc. is an American company based in Park City, Utah that sells headphones, earphones, MP3 players, and other gadgets. The Skullcandy Sesh is priced at Rs 4,999 on the company’s website. The Push are tiny, ergonomic true wireless earphones that come packing media controls buttons, voice assistant support, and a 12 total hour combined battery life. You also get Skullcandy’s FitFin wings that make the fit even more secure.

Crossbeats is a relatively unknown brand in the audio industry that was started by two Indian-origin brothers in 2015. They have a sizable lineup of true wireless and wireless earphones. The Crossbeats Urban true wireless earphones is one of their strongest products. Priced at Rs 4,299, the Crossbeats Urban is powered by Bluetooth v5.0 and come with CVC 8.0 Noise Isolation. They are extremely lightweight earphones weighing a mere 3.7g (per earphone) and they also come equipped with IPX6 sweat and water-resistant rating as well as 12 hours of total battery life.

Blaupunkt is a German brand with a rich history dating all the way back to 1923. The company specialises in audio equipment. The Blaupunkt BTW01 is a capable pair of true wireless earphones that are now available in India for Rs 4,999. These lightweight earphones come with stereo sound, tap media controls, an astounding 30 hours of combined battery life with the charging case, IPX5 sweat resistance rating and voice assistant support.

TAGG is an Indian Electronics brand that has entered the true wireless earphones market. The TAGG ZeroG Totally Wireless Bluetooth Earbuds, priced at Rs 4,999, come with a pipe-style design, like on the AirPods, but also incorporate silicone eartips for a secure fit. These earphones come with dual drivers and a massive battery life of 35 hours! (5 hours in the earbuds and 30 hours in the charging dock) They also come equipped with an IPX5 rating and touch controls.

Portronics is an Indian brand that sells headphones, speakers, fitness trackers, power banks, and other gadgets. The Portronics POR-078 Harmonics Twins true wireless earphones are priced at Rs 3,899 on Amazon India. The earphones are powered by Bluetooth v5.0 and have a compact and attractive case that weighs only 37g. The earphones feature 8mm drivers that offer punchy bass response and come with a standby time of 120 hours.

Yet another Indian brand, Fingers is relatively new in the audio space but has a sizable number of products in their arsenal. The Fingers Audio Pods true wireless earphones have a design that is eerily similar to the Apple AirPods. So, if you’re looking for something that looks similar to the AirPods but is cheaper, the Fingers Audio Pods is a good option since it is priced at Rs 3,799. These come equipped with touch controls, sweat-resistant design, voice assistant support and a total battery life of 21 hours.