Most of us want a high-spec laptop like a device equipped with an Intel Core i7 or a Core i9 CPU. But many people don’t want to spend half of their savings on just a laptop. Furthermore, power draw and heat are also two things one needs to consider before confirming their purchase. This is where the Core i5-powered laptops come into the picture. They offer a great blend of performance, efficiency, and affordability. These laptops also come in a variety of options. So if anyone is looking for an affordable Core i5 laptop, here’s a list to help them out.

List Of Best Laptops With Intel Core I5 Processor (Jun 2022) 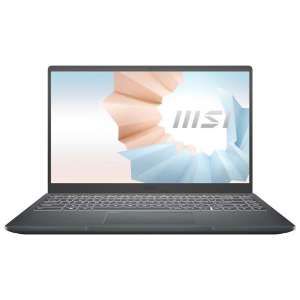 The latest Intel Core i5 laptop from MSI is a banger when it comes to price and performance. Powered by an Intel 10th Core i5 CPU. Instead of a dedicated GPU, the laptop uses build-in integrated Intel HD graphics. However, this laptop excels in the fact that it is a powerful thin and light device. Weighing in at just 1.3kg, the MSI Modern 14 instantly becomes suitable for daily driving. Other important specs of this laptop include 8GB DDR4 RAM, 512GB SSD, and a 14-inch FHD display. The laptop also features an ergo lift design allowing for increased airflow.

Lenovo combined the power of the Intel Core i5 processor with a dedicated gaming GPU and created the IdeaPad Gaming 3. In terms of specifics, the Lenovo IdeaPad Gaming 3 is an Intel 10th gen Core i5 processor in pairing with an Nvidia GTX 1650 GPU with 4GB GDDR6 VRAM. The laptop has a 120Hz refresh rate and is capable of delivering smooth frame rates while gaming. The laptop also features rapid charge technology allowing it to chare quickly compared to its competitors. Other important specs of this laptop include 8GB RAM, 512GB SSD and a 15.6-inch FHD display.

It is probably the most value for money Intel Core i5 laptop on this list. Featuring an Intel 10th Gen Core i5-10500H CPU, a six-core processor alongside an Nvidia RTX 3050 with 4GB GDDR6 VRAM. The hexacore Intel CPU is capable of delivering high CPU performance in gaming as well as productivity. Meanwhile, the RTX 3050 GPU is capable of delivering high performance in most modern-day games. The GPU also supports tech like Ray Tracing and DLSS, enabling even better visuals and performance in games respectively.

The ASUS TUF Gaming F15 gaming laptop is powered by an Intel 10th Gen Core-i5-10300H CPU, featuring 4-core and 8-thread. The laptop also comes with an Nvidia GeForce GTX 1650ti GPU with 4GB GDDR6 VRAM. This Intel Core i5 powered laptop is one of the most versatile devices on this list. In terms of memory, the laptop features 8GB DDR4 RAM and 512GB SSD storage. Furthermore, the laptop also comes equipped with quality features like a 144hz high refresh rate display, dedicated click pad buttons, high build quality and much more.

Acer's Nitro 5 is arguably one of the most popular laptops in India and the company has released a new model that's powered by the 10th Gen Intel Core i5-10300H processor. You can find other SKUs of this particular laptop but we found this laptop to be quite promising when it arrived on our test bench for review. The Nitro 5 has been a fan favorite for quite some time now and this one retains everything that we like from the previous models like its 15.6-inch FHD display, its striking design, plenty of ports, a decent-sized battery, and more. You can check out our performance review of the laptop right here.

If anyone is looking for a mainstream productivity laptop that’s also capable of some light gaming then Dell Vistro 3510 fits the bill. It comes equipped with an Intel Core i5-1135G7 processor featuring 4-cores and 8-threads. The particular Intel chip has a maximum boost clock of 4.20GHz and a 28W TDP. The laptop also gets an Nvidia GeForce MX 350 series GPU with 2GB GDDR5 memory, allowing users to play some less demanding games and run graphics-oriented applications.

Xiaomi’s Mi NoteBook Ultra is one of the very few laptops in this category that uses an H-series processor. We’re looking at a 11th Gen Intel Core i5-processor for the base variant of this machine making a very capable laptop for all purposes even beyond what a business laptop can do. The laptop also has an impressive 3.2K display to go for it among many other things like a decent port selection and a great build quality.

The Realme Book (Slim) is yet another great laptop that made it to this list. Even though the base variant, which comes with an Intel Core i3-processor that’s really good, the Core i5 variant of the machine is definitely worth picking up, especially for the better integrated graphics performance. We also like this laptop for it’s beautiful display, the keyboard, and its thin and light form factor.

If you’re looking for a machine from a brand that has a long-standing reputation for making reliable laptops, then the Lenovo IdeaPad Slim 3i is a good choice. The Lenovo IdeaPad Slim 3i is powered by the Intel Core i5-1035G processor and sports 8GB RAM and a 256GB SSD paired with a 1TB hard drive. The laptop does weigh a notable 1.85 kilograms, but what you get in return is solid build quality and of course, a keyboard that is considered one of the best in the world.

The Intel Core i5 processors are not meant only for mid-range machines. You can even find this versatile chip powering some gaming laptops. If you want a laptop for casual gaming, you could definitely consider the HP Pavilion gaming. This 15.6-inch gaming laptop is powered by the Intel Core i5-10300H processor with 4 cores, 8 threads, and a base/boost clock of 2.4GHz/4.1 GHz. Accompanying this heft CPU is Nvidia’s entry-level Turing architecture-based GTX 1650. There’s also 8GB of RAM on board which is upgradeable and a dollop of storage in the form of a 1TB HDD.