Flagship graphics cards are where those with deep pockets splurge to ensure absolutely no compromises. These are the very cards where for a price premium, you get to completely ignore FPS values for the generation of games that it was released with. Being part of the third world, India doesn’t see some of these cards for sale through normal retail channels but you can always get them if you pay a premium. We’ve mentioned the current price in India for the graphics cards below and being a volatile and unorganised market, these are subject to change on a daily basis. However, if you’re even contemplating getting any of these high-end graphics cards then we’re pretty certain that money isn’t the limiting factor. Without further ado, these are the best graphics cards in India. Although the prices of the products mentioned in the list given below have been updated as of 23rd May 2022, the list itself may have changed since it was last published due to the launch of new products in the market since then. 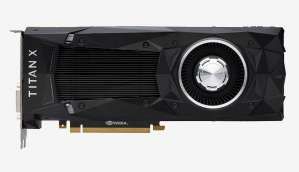 Released with barely a few weeks after the GTX 1080 Ti, the Nvidia Titan Xp is the best you can get for your money. For $1200 or Rs. 1.3 lakhs it completely decimates the GTX 1080 Ti and all its overclocked variants. It's boost clock is at 1582 MHz which is similar to the GTX 1080 FOUNDERS EDITION but with a lot more CUDA cores and memory, it's way ahead in terms of performance. Like the previous TITAN series graphics cards, the new TITAN Xp will not sell in India and should you need one, get it from overseas.

Featuring a pretty decent overclock of 1733 MHz and a boost clock of 1873 MHz, the new Aorus line of graphics cards from GIGABYTE offer a mix of good build quality as well as gaming performance. The graphics card has two switchable profiles with the clocks we've mentioned being the OC profile. The default is the Gaming profile which has the base clock of 1708 MHz and boost clock of 1847 MHz.

Yet another GTX 1080 Ti, this one from ZOTAC not only comes with a pretty beefy overclock but they’ve made a few changes to the design as well. It’s still a triple slot graphics card so you should have a motherboard with adequate spacing between x16 slots or you’ll have to end up sacrificing one slot to put this card in. The ZOTAC GTX 1080 Ti AMP! EXTREME edition has a base clock of 1645 MHz and a boost clock of 1759 MHz, and the best part is that it doesn’t come with different profiles which you’d have to play around with. The overclock comes applied straight out of the box.

This one’s here purely for the fact that the Founders Edition cards are turning out to be quite popular. There is the fact that these are built to NVIDIA’s strict specifications and have a metal body that’s limited to two PCIe slots which makes it favourable for SLI enthusiasts. However, there is the fact that you can only get the Founders Edition for a few weeks before partner cards can make it to the retail market. So there’s the lack of choice which makes for better sales figures for the GTX 1080 Ti.

We all called this the TITAN XP before the TITAN Xp came around. The original Pascal based TITAN X card really pushed the limits of the Pascal architecture by giving consumers the best of what the GP102 GPU could offer ensuring that all cards released under the Pascal banner would never beat the TITAN XP. That is, until the GTX 1080 Ti came out and with barely any time gap, was followed by the new TITAN Xp which completely decimated its predecessor. The original TITAN XP had a base clock of 1417 MHz and a boost clock of 1531 MHz, but we don’t think anyone would want to opt for this anymore.

GIGABYTE’s GTX 1080 XTREME GAMING comes in a really large package that not only packs the graphics card but a few goodies as well which includes a 5.25-inch bay adapter that houses HDMI and USB 3.0 ports for VR headsets. Though more of a convenience, this was a welcome change from the usual graphics card retail package. However, it also sported a really massive price tag as well. Or should we say, it cost a ‘premium’ of Rs.20K over the base GTX 1080.

One of the top contenders for the Zero1 Awards of 2016, the ASUS GTX 1080 STRIX OC sports the typical STRIX look and only takes up two PCIe slots. It’s triple fan cooler has the added advantage of adding two system fans to it as well allowing you to control them via the GPU separately. While most users would prefer that every single cooling mechanism be controlled by a single entity, we always like to have the choice to switch things up. Featuring a base clock of 1759 MHz and a boost clock of 1898 MHz, you had the option of switching to a higher profile of 1784/1936 MHz using the included software.

Moving away from the shroud design of the 980 Ti AMP! Extreme, the GTX 1080 AMP! Extreme takes away the triple slot design and moves back to a dual slot one. Also, the Light Id system had been renamed to Spectra with more lighting zones for the 7-colour LED accents. The GTX 1080 launch had the Founders Edition cards being pushed at the same time but since the aftermarket cards sported better coolers and higher clocks, there was no reason to go with the Founders Cards. The ZOTAC GTX 1080 AMP! Extreme has a base clock of 1771 MHz and a came with multiple profiles as well.

This was the first time we ever heard of the GTX 1080 Founders Edition and it turned out to be nothing but the reference design that NVIDIA sent out to their partners. While Maxwell did certainly rile things up, Pascal pushed it a lot further with the GTX 1080 with some games scoring more than 25 percent better compared to the GTX 980. And the latest GTX TITAN Xp made an even bigger splash with a performance difference of 30 percent compared to the GTX 1080. Coming back to the GTX 1080 Founders Edition, you can still get them in the market but there’s absolutely no reason why you should get one given that better performing cards are priced lower.

Like the GTX 970 before it, the GTX 1070 ended up being the card of choice for most enthusiast PC gamers. The sweet spot king is still the GTX 1060 in India due to the messed up pricing, however, should you get an opportunity to get the GTX 1070 overseas, then it’ll be a lot better buy and especially if you’re looking to get a factory overclocked card, then the ZOTAC GTX 1070 AMP! Extreme should be one of your top picks. Like the GTX 1080 AMP! Extreme, the 1070 also features a triple fan cooler design with a decent factory overclock of 1607 MHz and a boost clock of 1797 MHz.