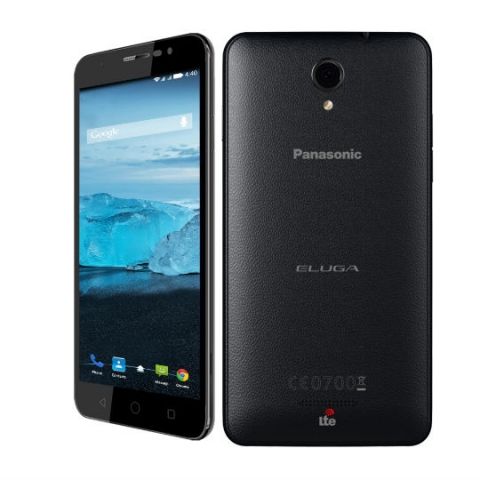 Panasonic India has announced the launch of the three new 4G LTE enabled smartphones in India namely the Eluga I2, Eluga L2, and T45 4G. The phones are priced at Rs. 8290, Rs. 9,990, Rs. 6,990 respectively. Aside from 4G, these three phones will also run on Android 5.1 Lollipop OS, 1GHz quad-core processor, 1GB RAM, and 8GB internal memory that’s expandable up to 32GB. The L2 and I2 come with 8MP rear cameras with dual-LED flash and 2MP front facing. The L2 comes with a 5.5-inch screen and 2500mAh battery, while the I2 comes with a 5-inch screen and 2000mAh battery. The T45 4G is more focused towards connectivity and comes with 21 regional languages to help advance 4G LTE technology across the country.

Panasonic India today announced the release of three new 4G LTE enabled smartphones supported by the latest version of Android 5.1 Lollipop OS. The launch of the Eluga I2, Eluga L2, and T45 4G delivers cutting-edge, data-driven 4G technology to a grand total of five Panasonic mobile products. The Eluga Series has been long-heralded for its emphasis on an ‘Elegant, User-Oriented Gateway’, and the T-Series model is uniquely oriented toward the modern Indian consumer. The Eluga I2, Eluga L2, and T45 models are priced at Rs. 8290/-, 9,990/-, and Rs. 6,990/- respectively.

Staying true to the photographic caliber of the Eluga range, the L2 and I2 models sport a dual 8-megapixel LED flash camera with a 2-megapixel front facing lens. The Oncell Touch panel provides a smooth interface, which is boosted by a 2500 mAh and 2000mAh battery in the L2 and I2 models respectively. At 5.5-inches, the L2 is complimented by a gray moondust or black leatherette finish, and the 5-inch I2 comes in a stylish gold, silver or gray metallic glaze. The three models are powered by a 1GHz Quad Core processer and offer 1GB RAM with 8GB internal memory expandable upto 32GB. The quality of user experience is further expedited by a sharper true-colour IPS display. The T45 4G is equipped with a full connectivity package – Dual SIM, WiFi, Bluetooth and GPS – and is qualified with 21 regional languages to advance 4G LTE technology across India.

Commenting on the launch, Mr. Manish Sharma, Managing Director, Panasonic India, said, “The Panasonic smartphone range has become synonymous with innovation and foresight in India. We always keep a track of tech trends and advancement in the mobile market. With the launch of three additional gadgets in the 4G space, we will continue to expand our product offerings with the aim to provide an uncompromised smartphone experience, at very competitive prices.”

Mr. Pankaj Rana, Business Head, Mobility Division, Panasonic India, further added, “In response to the arrival of 4G technology in India, we have developed three new 4G LTE compatible models across the ‘T’ series and Eluga series. The Eluga L2, Eluga I2, and T45 4G offer a razor-sharp, data-rich experience for users who demand uncompromised high-speed internet in their smartphones. We have positioned these models at three flexible price points ahead of the festival season, providing new-age technology at reasonable costs. With this launch we are aiming to capture a market share of 10% this festive season.